India's election, in one stunning map

Share All sharing options for: India's election, in one stunning map

The results are mostly out from India's national election and it's already clear that this was a big one. A lot of that comes down to just how stunningly the incumbent party was defeated, and how dramatically the opposition party swept the vote.

If you think that was too many adverbs, this map of the Indian election results may convince you that it's merited. The BJP didn't just win: they dominated the election. And the Congress Party didn't just lose: it was obliterated, going from the country's leading party to a small majority with so far about 10 percent of seats. Ten percent! 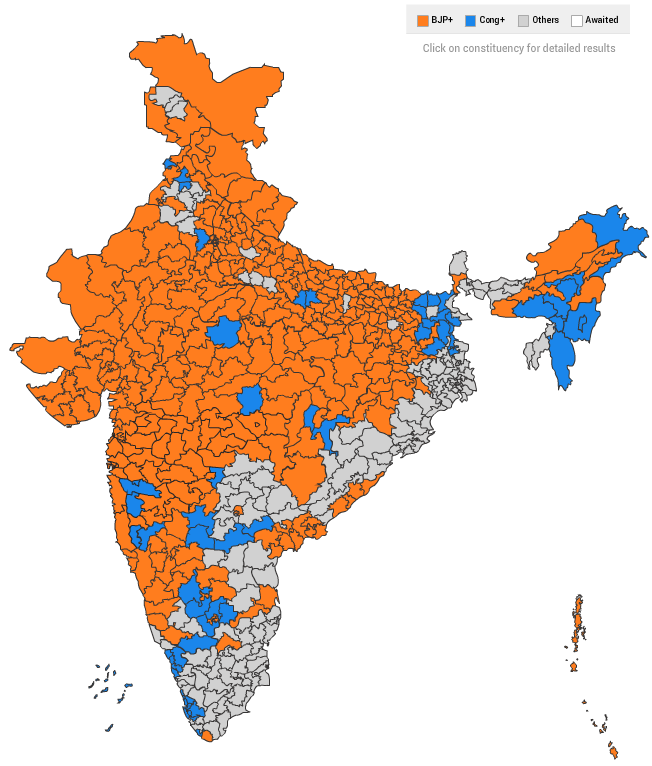 We knew from polls that BJP was almost certainly going to win. And it's been clear for a few years that the Congress Party, as India's economy slowed and middle-class Indians suffered, was losing popularity. But the extent of orange on this map, and the dearth of blue, is just stunning. Doug Saunders, a respected international affairs columnist at the Globe and Mail, called it "one of the biggest electoral routs I've ever seen."

The results aren't completely in yet and BJP has already won an outright majority of 280 out of 545 seats. Typically, several parties have to form coalitions to get a majority, so the fact that BJP has a majority all on its own is a big deal. The party will appoint Narendra Modi, a firebrand Hindu nationalist who is highly controversial, as India's next leader.

Looking at the map, you'll notice that BJP did extremely well in India's north and west. A lot of that was in India's super-populous cities; the party is popular among the urban middle classes, which tend to appreciate its pro-business focus. The party also did well in India's Hindi-speaking north. (It won heavily as well in Gujarati-speaking Gujarat State, in the northwest, where Modi is from.) That's no surprise, given that Modi's strong brand of political Hindu nationalism, which expresses a conservative and nationalistic Hindu Indian identity, would logically appeal to Hindi speakers.

The only areas where the BJP performed poorly are in the Dravidian-speaking south, where voters preferred neither BJP nor the establishment-oriented Congress Party, and in India's far northeast states, where the Congress Party actually did win some districts. Northeastern Indian states such as Assam State have been hit by communal violence against Muslims and Hindus in recent years, something that Modi has a reputation for stirring up, so voters there may have been more skeptical of his strongly pro-Hindu party.

But the main takeaway from this map is really the depth of defeat that the Congress Party has suffered here, and the extent of BJP's subsequent victory. To drive that home, here are two before-and-after charts of the Indian parliament. Here's how the parliament looks currently, before the recent election will reshape it. The light blue seats belong to the Congress Party, orange to the BJP: 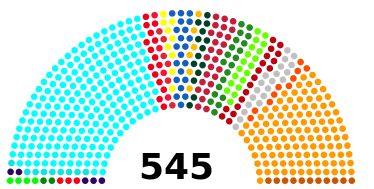 Now here's a chart showing how the parliament will look after the election: 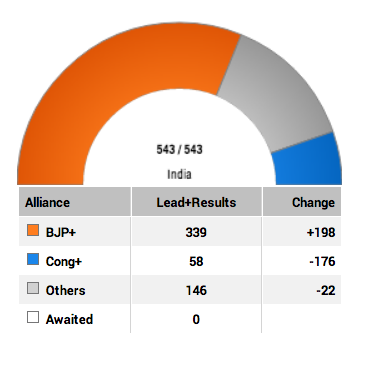 Indian politics are about to change pretty dramatically.

The end of Roe is only the beginning for Republicans

Roe is gone. What do Democrats do now?

How the Uvalde police failed