Obama's strategy of letting Putin hang himself is working

Share All sharing options for: Obama's strategy of letting Putin hang himself is working

Let me be the first to admit it: President Obama's strategy for handling Russia and its incursions into Ukraine had seemed to me, as it did to many others, pretty unlikely to succeed.

Obama dismissed Russia as a "regional power" acting "out of weakness," but it was the US that looked weak: it could only cobble together some targeted sanctions that, while tough, appeared to do nothing to stop Russia's meddling in eastern Ukraine. He needed Europe's support for broader economic sanctions that would actually hurt the Russian economy and he didn't get it. Obama implicitly abandoned Crimea, giving no sign that he thought that, weeks after Russia invaded and annexed the territory, it might ever be returned to Ukraine. The official US position has been to threaten broader sanctions that seem unlikely to get the European support necessary to make them hurt, while arguing that Russia's actions will be so self-defeating that the problem would just sort itself out.

the system worked: Putin is backing down all on his own

It sounded silly, a shrug of a policy. And maybe it even was. But it also turns out to be working surprisingly well. Russian President Vladimir Putin has over-reached in Ukraine, creating problems for himself so bad that they may force him down as or more effectively than plausible American actions alone might have (although they helped). Putin is hanging himself by his own rope.

This has been so effective, and has apparently taken Putin by such surprise, that after weeks of looking like he could roll into eastern Ukraine unchallenged, he's backing down all on his own. Official Russian rhetoric, after weeks of not-so-subtle threats of invading eastern Ukraine, is backing down. Putin suddenly looks like he will support Ukraine's upcoming presidential election, rather than oppose it, although it will likely install a pro-European president. European and American negotiators say the tone in meetings has eased from slinging accusations to working toward a peaceful resolution.

Most of this is economic. Russia's self-imposed economic problems started pretty quickly after its annexation of Crimea in March and have kept up. Whether or not American or European governments sanction Russia's broader economy, the global investment community has a mind of its own, and they seem to have decided that Russia's behavior has made it a risky place to put money. So risky that they're pulling more money out.

A lot of that may have come from the targeted sanctions that Obama pushed for against individual Russian leaders and oligarchs. Those targeted sanctions did not themselves do much damage to the Russian economy. But, along with Russia's erratic behavior in Ukraine and the lack of clarity as to whether Europe and the US could impose broader sanctions, it appears to have been enough to scare off global investors — the big, faceless, placeless mass of people and banks who have done tremendous damage to Putin's Russia, nudged along by the US and by Putin himself.

Here are three charts, from Forbes' Mark Adomanis, a specialist on Russia's economic issues, showing how Russia's aggression in Ukraine has already started to hurt its economy.

Here's the stock of Sberbank, Russia's largest bank, the performance of which Adomanis says "been popularly used as rough barometer for the overall health of the Russian equity market":

And here's the Russian ruble against the US dollar; the higher the line, the cheaper Russia's currency, and the more expensive it becomes for Russia to import stuff from abroad:

Exchange rate between the ruble and the dollar

From Obama's perspective, the beautiful thing about this is that the US doesn't have to take any big risks to punish Russia for its aggression, because Russia is being punished by the impersonal forces of the global economy (this has the added benefit of not giving Putin a propaganda tool, which US sanctions would do). Maybe even better is the fact that Putin can't cleverly negotiate his way out of these effects or try to game the system, and he now knows this will happen if he tries something like the Crimea annexation again.

Putin is learning that russia depends on the global economy

It's like someone built one of those electric shock fences around Russia's borders; Putin can cross them again, but he knows he'll get a shock, and he knows it's painful enough to not be worth it.

The lesson that Putin is learning is that Russia depends on the global economy, whether it likes it or not, and the global economy doesn't like it when you go invading other countries and tempting the richest nations in the world to maybe consider sanctioning you. This is actually a significant change for Russia, which at the height of its Soviet power was not integrated into the global economy and so didn't have to worry about things like investor sentiment. But now it is and it does.

What's cool about this is that it theoretically could apply to lots of other possible acts of international aggression around the world. This is something that economists and political scientists have been predicting since World War One: that integrating all the national economies into the global economy wouldn't just make all of us richer; it would make war more economically painful for the people starting it and thus less likely to happen. 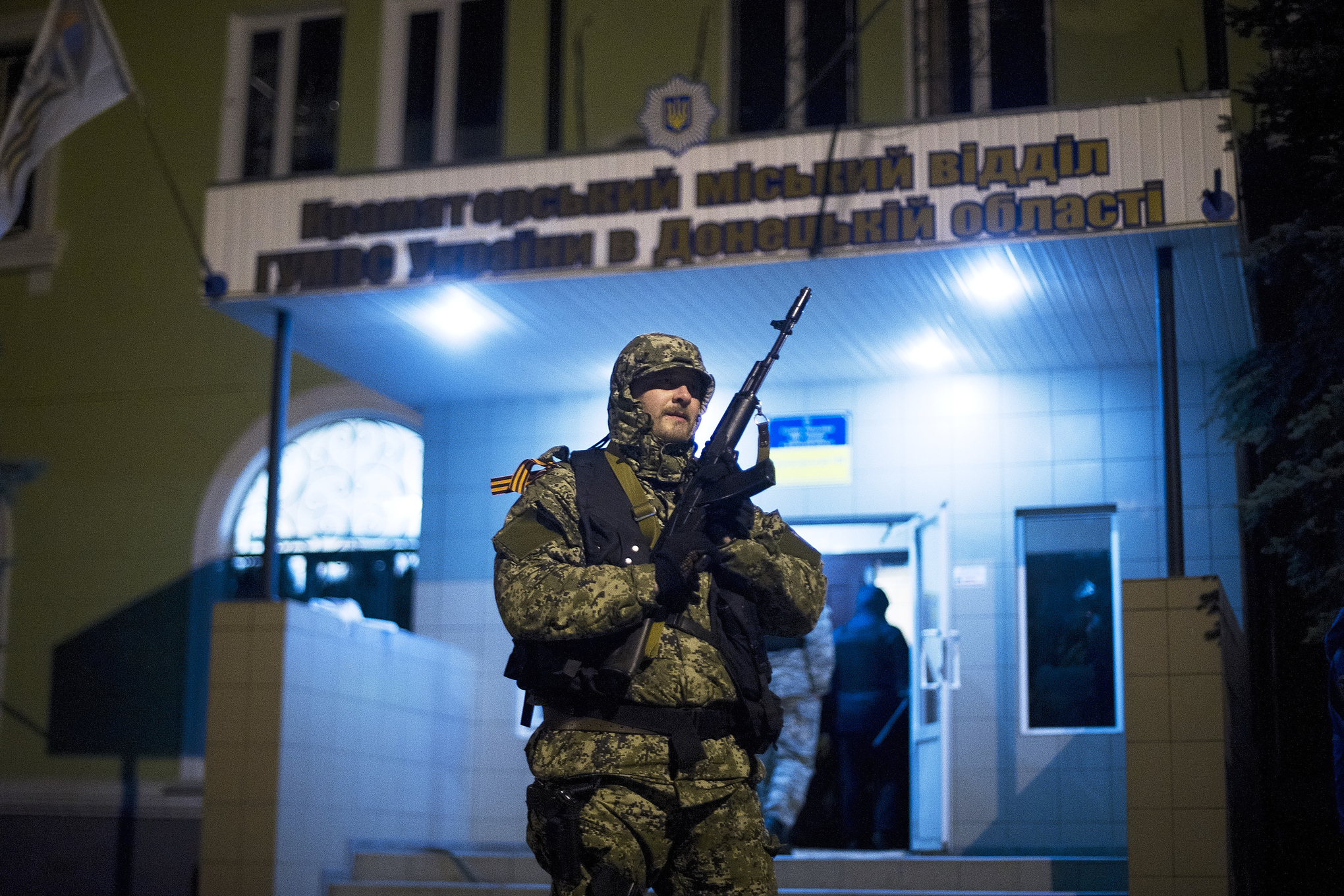 It's not just the economy, though. As part of its strategy for fomenting chaos in eastern Ukraine and maybe possibly invading, Russia appears to have sponsored the pro-Russian separatist militias that seized government centers and engaged in firefights with Ukrainian troops. The separatists were good for Putin precisely because they're young, heavily armed zealots.

But they're maybe a bit too zealous, as Putin appears to be losing control of them. When they announced they would hold a highly dubious referendum on splitting from Ukraine to join Russia, Putin publicly urged them not to, and said nothing when they proceeded anyway. If Putin tries to deescalate the crisis, it's not clear that the separatists will listen to him, and he may end up on the hook for his previously useful wackos.

There is a big caveat here: Crimea. Russia controls Crimea and there just does not appear to be much the world can do about that. Obama, in comments in March, more or less admitted as much: "The facts on the ground are that the Russian military controls Crimea. There are a number of individuals inside of Crimea that are supportive of that process. There's no expectation that they will be dislodged by force," he said. "It would be dishonest to suggest that there's a simple solution to resolving what has already taken place in Crimea."

Still, in eastern Ukraine, there is pretty strong evidence that the system worked. Russia pushed too far, the US and Europe pushed back with sanctions not tough enough to hurt Russia on their own but tough enough to freak out global investors, and Putin was chastened by the economic damage that he mostly did to himself. The global economic integration that was supposed to prevent war actually did.