Share All sharing options for: Today is one of the most important days of the year for Palestinians

How to fairly support and compensate Palestinian refugees , individuals and their descendants displaced before and during the 1948 war that established the state of Israel, is one of the most difficult issues in the Israeli-Palestinian conflict. For Palestinians, the refugees are the original sin of Israel's birth; for Israelis, they are another Arab-created problem Israelis are unfairly blamed for. But there's one thing that, even in this politicized conflict, no one can contest: the plight of Palestinians who lost their homes in 1948 is real and heart-breaking. A newly digitized United Nations photo archive documenting the refugees' lives hammers this home. 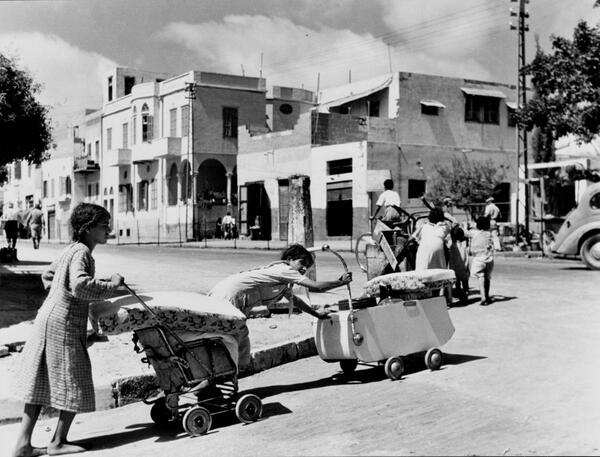 Palestinian refugees on the road in 1948. UNRWA

The UN's Relief and Works Agency for Palestine Refugees in the Near East (UNRWA) put up an archive of roughly 525,000 photos on May 15, known to Palestinians and many others around the world as Nakba Day. Nakba, the Arabic word for catastrophe, is the word Palestinians use to describe their mass eviction from what's currently Israel and the Palestinian territory. The May 15 date is very specific: Israel declared independence on May 14th, 1948. These photos document what happened to Palestinians before, around, and after that date. 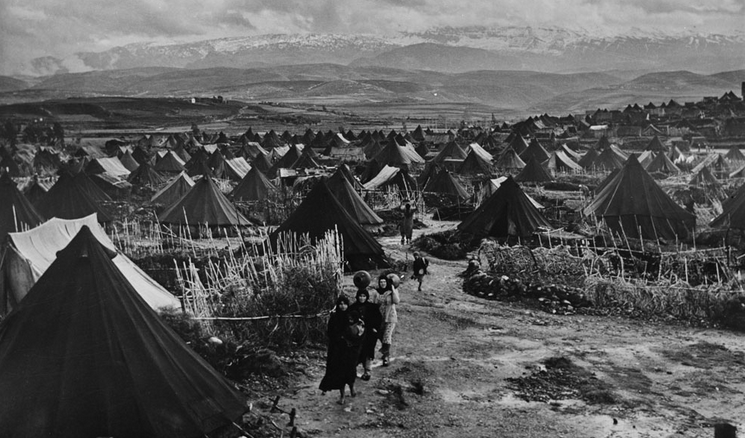 Palestinian refugees in the Nahr el-Bared camp, one of the first established for 1948 refugees, in 1951. S. Madver/UNRWA

Palestinians and Israelis remember the events surrounding the Nakba very differently. Palestinians argue that Jews had engaged in a years-long premeditated campaign to ethnically cleanse the land of Palestinians. Israelis generally believe the Palestinian population was either expelled by Arab populations or fled on their own accord based on inflated fears of Jewish atrocities. 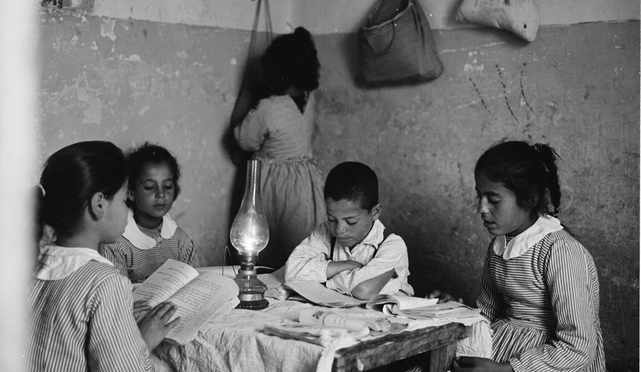 Without a doubt, the Palestinian population suffered through tremendous horror. Take the town of Deir Yassin, which used to stand just west of Jerusalem. Zionist militias slaughtered over 100 Palestinians there several weeks before May 14. The massacre prompted panic among Palestinian villagers fearing the same fate, contributing to the crisis of displaced Palestinians. 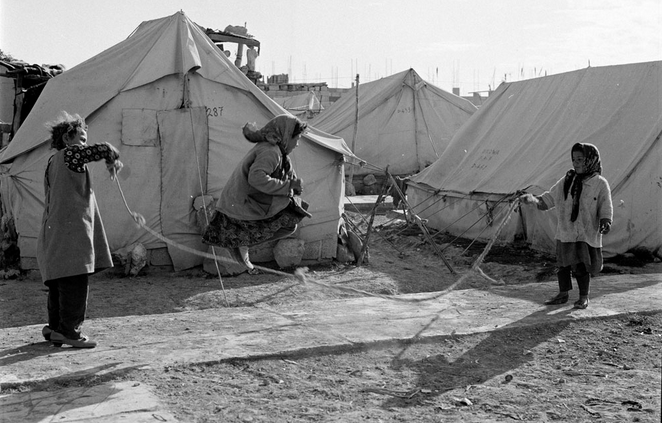 And it was, and remains, a crisis: 700,000 Palestinians, roughly half of the population, were displaced during the Nakba. Today, these refugees and their descendants number about 6.6 million, housed in the Palestinian territories, Israel, and nearby Arab states. About 29 percent of these refugees live in camps, where humanitarian conditions can be dire. 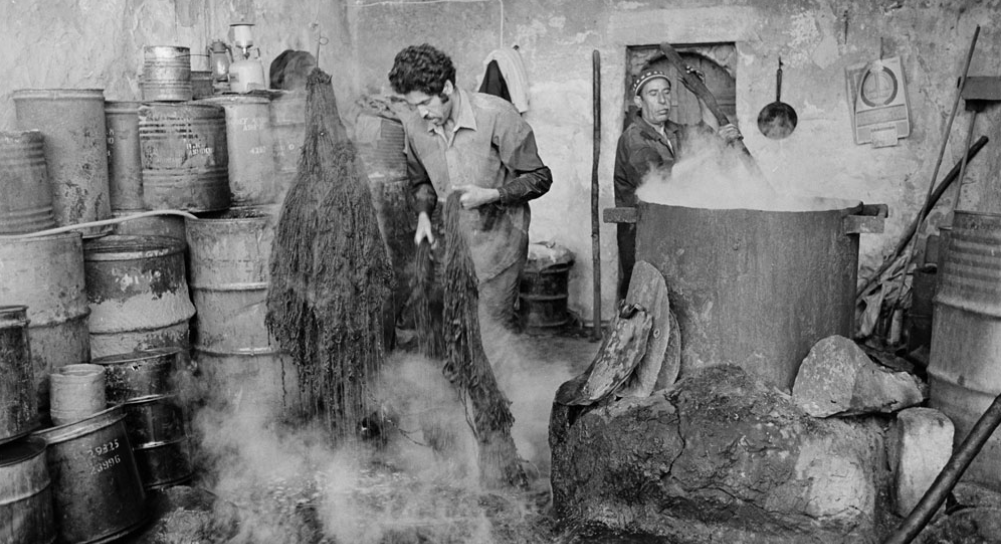 Given the scale of the refugee problem and its central role in the Palestinian national narrative, "Justice for the refugees" is one of the principal Palestinian demands in negotiations with Israel. Normally, this takes the form of the "right of return" to homes the refugees previously owned. Israel can't allow that without displacing many of its own citizens and creating a situation where Palestinians outnumber Jews inside Israel's borders, shattering the foundations of its Jewish-democratic state. While the two sides work out a compromise, the Palestinian refugees documented in the UNRWA photos are left twisting in the wind.
If you're curious, you can peruse the photos here.