The University of Iowa is broadcasting a commencement ceremony in China

Share All sharing options for: The University of Iowa is broadcasting a commencement ceremony in China

The University of Iowa is live-streaming its business school commencement on Saturday in China, with Chinese translation and commentary for family members of graduating students. That's an unusual step for an American college, but it probably won't be a rarity for long.

One in five students at the university's business school is from China — a proportion significant enough that faculty are now offered a class on pronouncing Chinese names. In Iowa and everywhere else, international student enrollment is at an all-time high, and public research universities are a popular destination for foreigners.

Burgeoning international enrollment is good news for those universities' budgets. International students are attractive prospects in part because they pay higher tuition than in-state students and usually aren't guaranteed financial aid. But their gains can come at a cost for local students hoping for seats at their state universities, who are being crowded out as foreign enrollment booms.

At Illinois, Purdue, and Michigan State, the growth in international students has been particularly dramatic. At Purdue, international students are now 17 percent of the undergraduate student body, up from 5 percent in 2007. But the university's undergraduate enrollment overall has fallen, so it enrolls fewer undergraduates from Indiana than it did six years ago. The proportion of out-of-state students, who also pay higher tuition than their in-state peers, has barely budged. 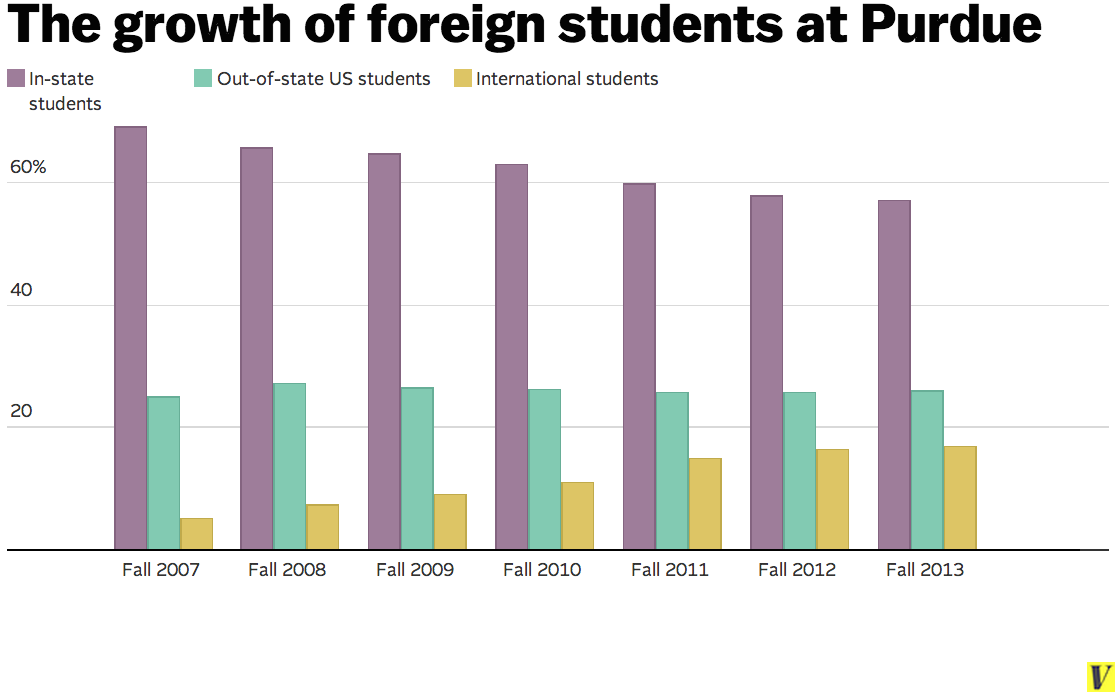 The same is true at Michigan State, where in-state students have lost ground to domestic and international competition: 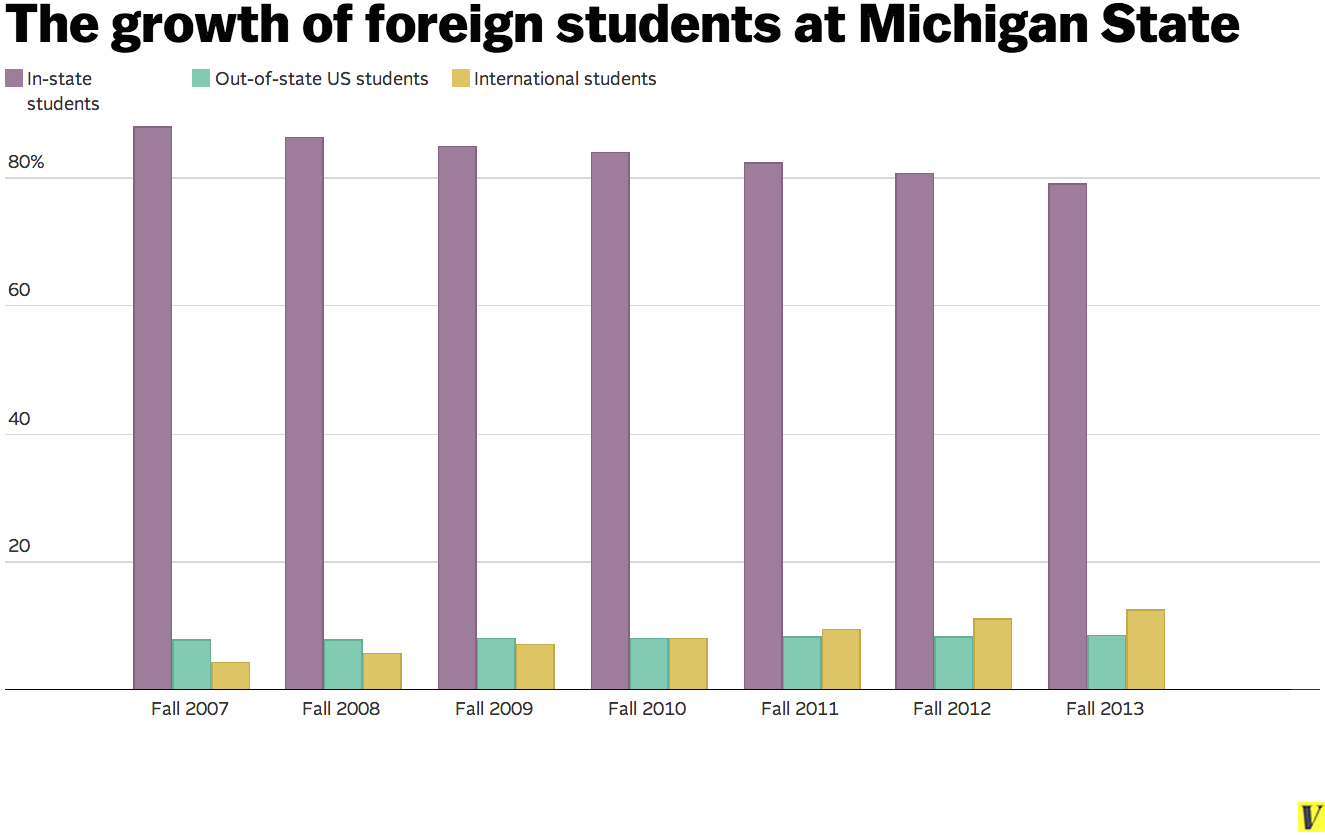 At the University of Michigan, the growth in international undergraduate students has been incremental: they've gone from 5 percent in 2007 to 7 percent in 2013, accompanied by a similar increase in the proportion out-of-state students. There, too, the combination means that local students have lost ground. Even as the Ann Arbor student body has grown in the last three years, the number of Michiganders has fallen.

For some universities, including Michigan State, their international appeal is a point of pride. And if universities are looking for tuition dollars to make up for shrinking state appropriations, a student from China or India might bring more educational value and diversity to a Midwestern campus than an American student from a nearby state.

Nor are public universities alone in embracing the growing international market for higher education. The New York Times reported last month that the number of slots filled by American students at Harvard has dropped 27 percent in the last two decades, adjusted for the change in the teenage population; at Yale, there are 24 percent fewer seats for Americans than there were in the 1990s.

Unlike Harvard, though, most public universities have an explicit mission to serve the states that subsidize them: "To serve the citizens of Indiana, the United States, and the world," as the first sentence of Purdue's mission statement reads. In terms of enrollment, for now, it's still in that order.