House Democrats aren't supporting Big Cable like they did in 2010

The Federal Communications Commission is currently considering "reclassification," a legal maneuver that would allow the agency to enact stronger network neutrality regulations. A favorite talking point of reclassification opponents is that the last time the FCC considered this option, in 2010, 74 Congressional Democrats signed a letter urging FCC chairman Julius Genachowski not to do it. Genachowski listened, choosing an alternative legal strategy that wound up being rejected by the courts in January.

Now history is repeating. Genachowski's successor, Tom Wheeler, is considering how to respond to that court ruling, and he is under pressure from network neutrality advocates to reclassify. And once again, telecom industry allies have circulated a letter among House Democrats opposing reclassification.

The letter was written by Rep. Gene Green (D-TX), the same member of Congress who wrote the 2010 letter. And it warns the FCC not to "open the door to subjecting broadband service to a wide array of regulatory burdens and restrictions." A former member of Congress who is now a cable lobbyist has been emailing his former colleagues urging them to sign on.

But this time, only 20 of the 199 Democrats in the House signed on. 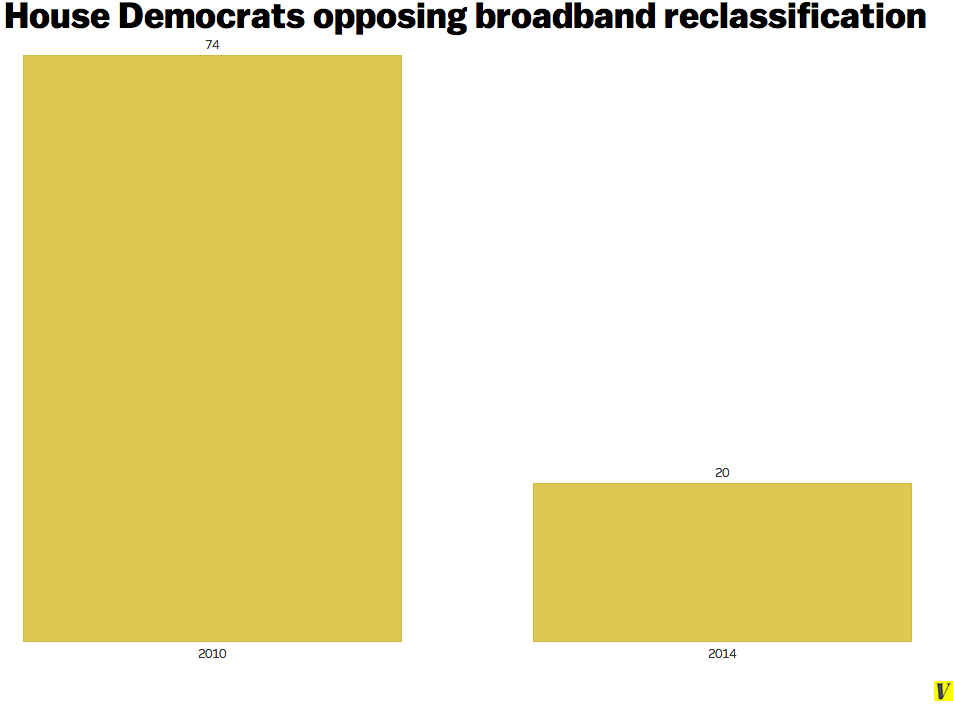 Of course, the most important Democrat on this issue is Wheeler himself, who so far has opposed reclassification. Instead, he has championed a watered-down network neutrality rule that allows for internet "fast lanes." Tomorrow we'll find out if pressure from network neutrality advocates has forced him to rethink his position.