Share All sharing options for: More data on student debt and home ownership 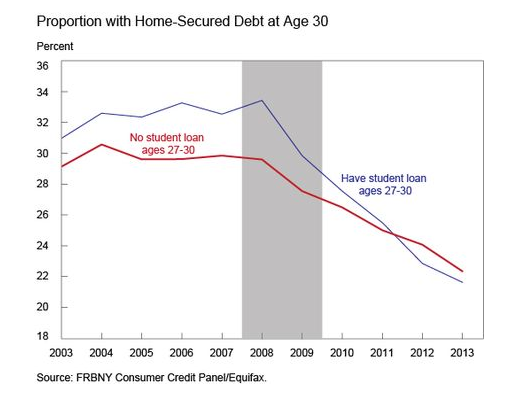 There's an argument to be made that 2003 through 2010 were outliers in longer story of debt and home ownership. And at Slate, Jordan Weissmann points to a Fed report from the end of 2012 showing that borrowers who were current on their debt were actually more likely to take out a mortgage. It's borrowers behind on their payments who are holding back housing.