Why Michael Sam faced a bigger backlash than Jason Collins

Share All sharing options for: Why Michael Sam faced a bigger backlash than Jason Collins

This is squishy and qualitative, but it's hard to escape the fact that while there was some level of Michael Sam backlash when the National Football League had its first out player drafted this past weekend there was basically zero backlash when pro basketball player Jason Collins came out earlier this year.

This analysis National Journal did a couple of years back may contain the reason — the NBA fan base is much more politically liberal than the NFL fan base: 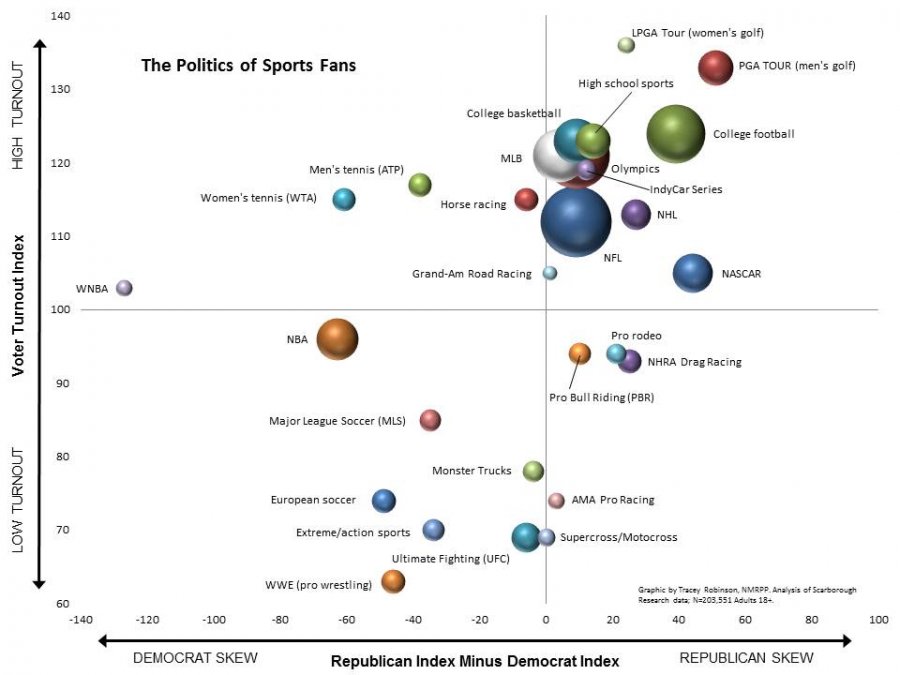 The super-duper liberal outlier of the WNBA even tends to downplay visually how much more left-wing the audience for the NBA is than the audience for other popular sports in the United States. That political skew means the pro hoops fan base was probably much more predisposed toward overwhelming celebration of an out athlete than was the pro football fanbase.