In response to my post on the cable industry trade association's misleading broadband infrastructure investment chart, NCTA is out with some new data that they say will correct the record. It includes this chart which, if you ask me, shows that even if you don't adjust for inflation capital expenditures in the industry are lower than they were years ago: 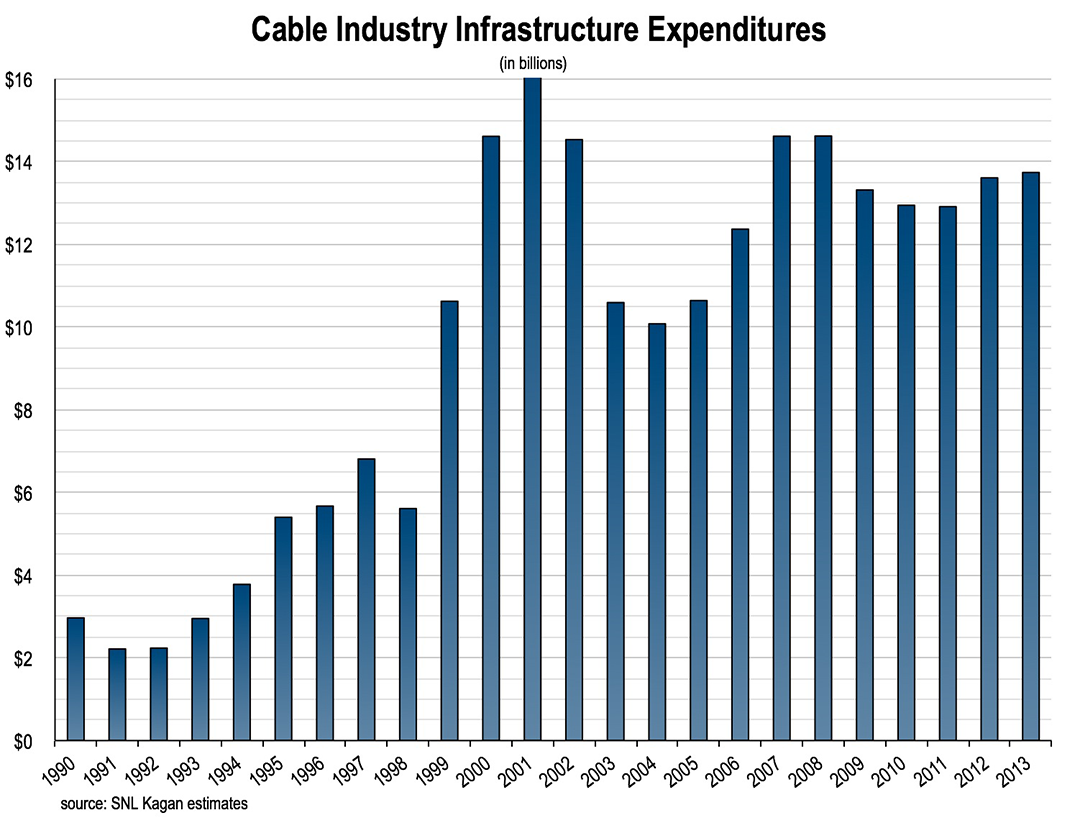 Elsewhere on the site, they are doubling-down on the idea of using cumulative investment figures to create the appearance of a steady upward trajectory: 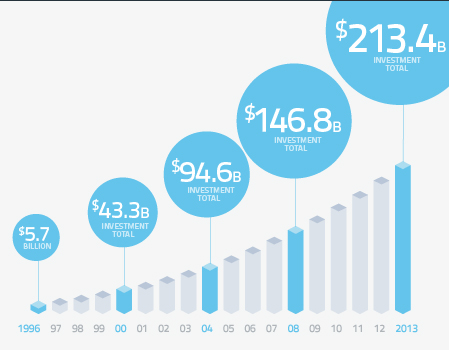 Obviously the facts about declining investment aren't enough on their own to prove anything about internet competition or the appropriate level of regulation. But the fact is that this is a profitable industry operating in a low interest rate environment that is choosing not to make the kind of capital investments that it made in years past.