A bounce house flew away with three children inside

Share All sharing options for: A bounce house flew away with three children inside

On Monday afternoon, a bounce house in South Glens Falls, New York was lifted 50 feet into the air by a sudden gust of wind.

A gust of wind ripped the stakes out of the ground

There were three children inside, and when the house was about 15 feet up, they fell out of it. Two boys — one who landed on a parked car, and another who landed directly on the street — were seriously injured and are currently hospitalized, while a girl suffered only scrapes and bruises.

The bounce house was reportedly staked down to the ground when it was set up, but a gust of wind apparently ripped the stakes out — one was tossed across a parking lot when the bounce house flew away.

Here's a photo of the house, taken by a witness and featured in the Glens Falls Post-Star: 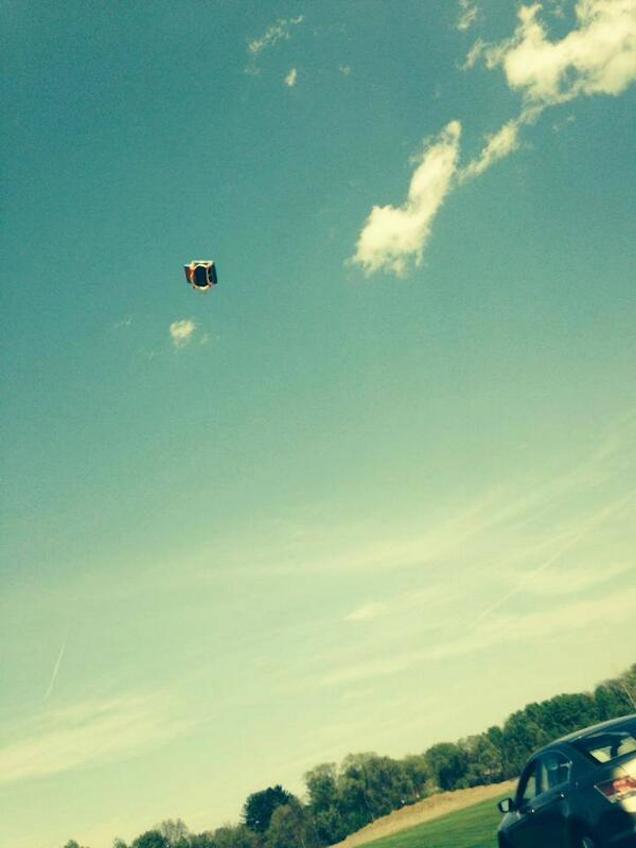 Observers called it a "freak accident" — but this is actually the latest in a series of flying bounce house accidents across the US in recent years.

Why bounce houses keep flying away

They're certainly rare, but there have been dozens of similar incidents, including ones in Arizona in 2012 and New York State in 2011. These have led to a number of serious injuries, but no deaths thus far.

There's some thought that safety regulation is the problem. Unlike carnival rides, most states don't require trained operators for inflatables.

An inflatable is essentially a sail: a big piece of fabric that weighs very little

They all come with instructions for being properly staked down and warnings to be taken down during inclement weather, but the sheer physics of bounce houses can make it hard for someone who doesn't operate them on a daily basis to understand how easily then can be blown away — and how securely they need to be staked.

A inflatable is essentially a sail: a big piece of fabric that weighs very little, compared to its size, and can easily catch the wind.

The bounce house that was blown away yesterday weighs about 38 pounds. Its bottom has an area of about 85 square feet. If a strong gust of wind were to catch this flat surface, it's easy to imagine how it could rip out few stakes driven shallowly into the dirt and propel the house through the air.

In this case, the owner had set it up several times over the years, but didn't remember whether it had originally come with staking instructions — and the kids' parents later said they had no idea the houses could fly away on windy days.