Medicaid will grow whether states want it to or not

Share All sharing options for: Medicaid will grow whether states want it to or not

States refusing to expand Medicaid are still seeing enrollment numbers increase — and Obamacare is likely responsible for the uptick.

This is something health policy experts call the "woodwork effect:" when individuals who had previously been eligible for Medicaid, but not enrolled, seek health coverage. They essentially come out of the "woodwork," after outreach efforts and media controversy around Obamacare increased awareness.

There's evidence of this woodwork effect in at least 16 states, according to a new Avalere Health report, which estimates that 550,000 of the new enrollees were eligible for Medicaid prior to reform. 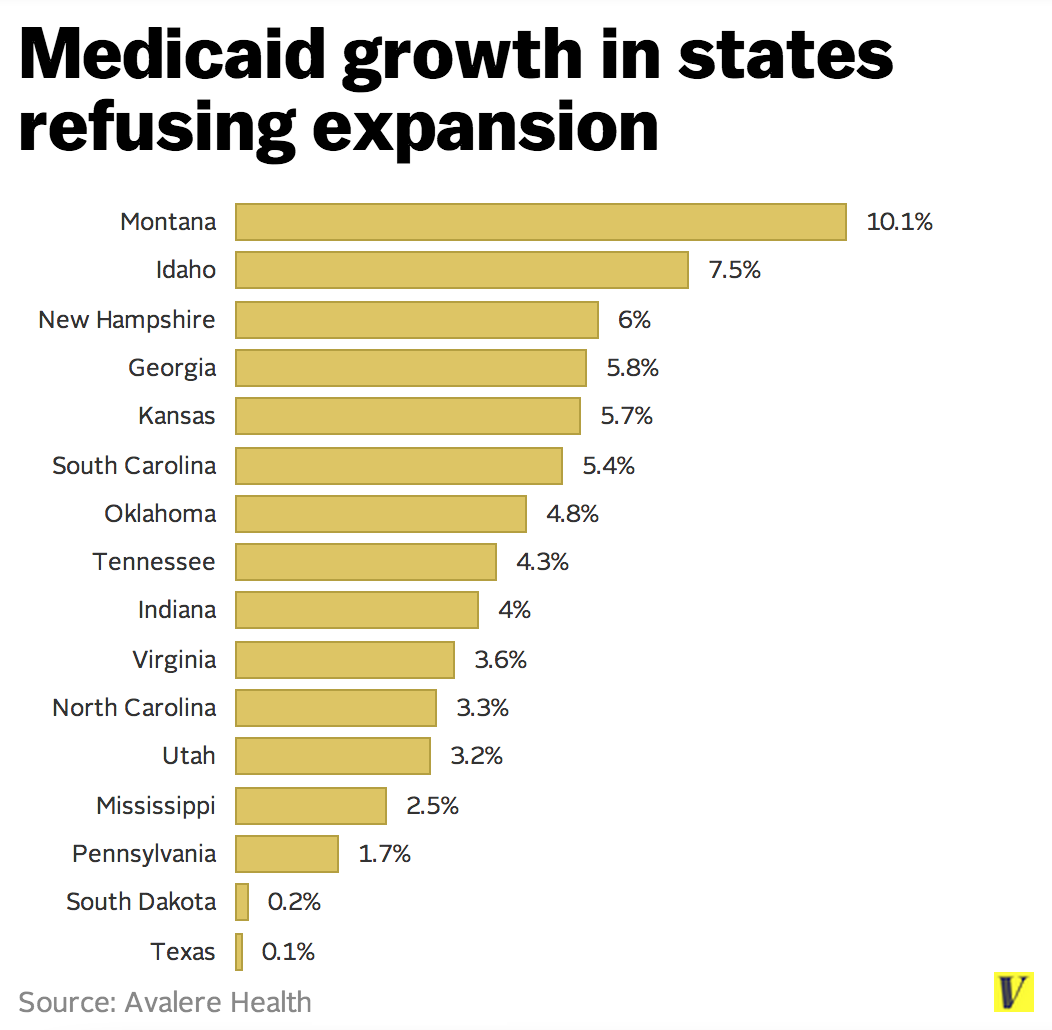 These previously eligible enrollees can be costly for states. The federal government currently picks up all the costs for the people who became Medicaid-eligible because of Obamacare. But for people who were already eligible prior to health reform, states have to split the costs with the feds. The amount that the federal government contributes toward woodwork enrollees varies by state, but averages about 57%.

If states didn’t plan for woodwork enrollees, their budgets could face stiff constraints. In many states, Medicaid spending consumes more than ten percent of the state’s general funds already. In some cases, its even higher: New Hampshire, where Avalere estimates that Medicaid enrollment grew six percent, devoted over 29 percent of their state general fund to Medicaid in 2009.

States are obligated to enroll eligible individuals who seek Medicaid coverage, so the woodwork population matters.

Unlike the health insurance exchanges, there’s no special enrollment period for Medicaid, meaning enrollment continues year-round. So, these enrollment numbers — and state budgetary obligations — will only grow.