Share All sharing options for: Tim Geithner's book hints at the Fed's biggest mistake during the crisis

Former Treasury Secretary Timothy Geithner doesn't talk much about monetary policy, but his views on the subject are interesting because he's the only member of Obama's economic team who's ever worked at the Fed and his views seem to be very influential with the president.

This passage in his new memoir, Stress Test, is brief but very clear and quite telling (emphasis added):

After a major shock that depresses demand and creates a risk of deflation, central bankers should ease monetary policy, aggressively lowering interest rates. Once the overnight rate approaches zero, they should find new ways to stay on the accelerator, as Ben did through quantitative easing. They need to signal that they'll eventually hit the brakes, and that they'll remain vigilant about inflation going forward, but the threat of future inflation is much less worrisome than the threat of imminent deflation and depression. Loose monetary policy can have limited power in a crisis, because low interest rates don't help that much when borrowers don't want to borrow and lenders don't want to lend, but as the central bankers of the 1930s demonstrated, tight monetary policy can be disastrous.

What Geithner is saying here is that central bankers should do everything possible to avoid an economic collapse while simultaneously reassuring the market that they'll be aggressive in fighting inflation later. There's a tension between these priorities, but Geithner solves it by warning people that monetary policy's power is limited — a view that gives the Federal Reserve an excuse if things don't turn out very well.

Contrast this with the view of monetary policy put forward by another of Obama's advisors, former Council of Economic Advisors chair Christina Romer, whose ideas were less influential in the White House. Romer's ideas are expressed early on in her 1992 paper "What Ended The Great Depression?" and continuing through more recent work like "The Most Dangerous Idea in Federal Reserve History."


Timothy Geithner spoke at length with Ezra Klein on the topic

Here's her chart showing that dynamic at work during the New Deal. Nominal interest rates were already near zero, but when FDR took the United States off the gold standard prices started rising so inflation-adjusted interest rates fell massively: 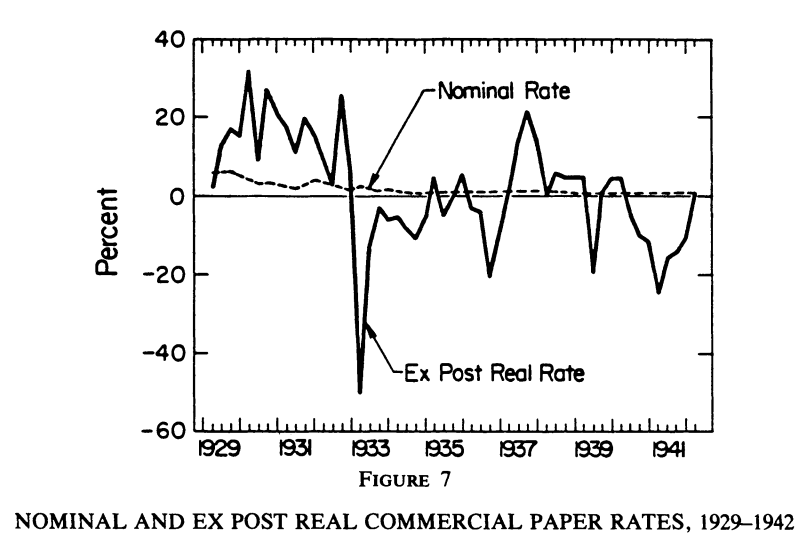 It's  somewhat subtle point and it's of course impossible to know for sure what would have happened had the Fed spent less time reassuring people about inflation when it rolled out its quantitative easing initiatives. But if Romer is right, that would go a long way to explaining the paradoxical — and, to Geithner, frustrating — reality that a successful approach to curing the financial panic has not succeeded in bringing back full employment or robust economic growth.