Since Denver legalized pot sales, revenue is up and crime is down

Share All sharing options for: Since Denver legalized pot sales, revenue is up and crime is down

If America's first marijuana legalization experiment is any indication, the end of prohibition can start smoothly.

Colorado and Denver's experiment with legalization is, in other words, going well. The state is seeing its coffers filled with some extra revenue, as expected. And crime, despite warnings from law enforcement officials, isn't rising.

Marijuana revenue is trending up

The state sold nearly $19 million worth of pot in March, up from $14 million in January and February. For all three months, Denver County made up about half that revenue. 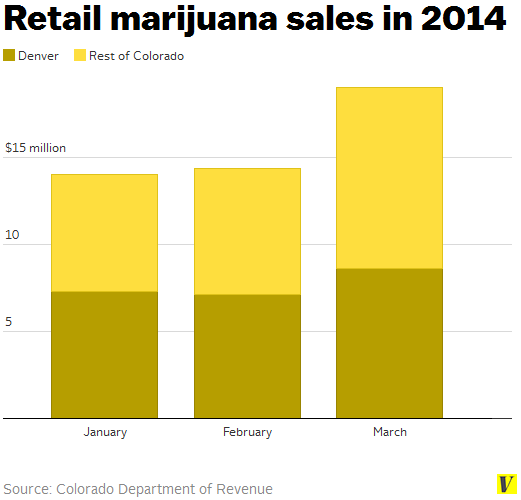 That Denver makes up such a huge chunk of the state's marijuana revenue isn't really surprising. As of May 1, the city's stores held roughly 58 percent of the retail marijuana licenses across the state.

Violent and property crimes are down in Denver

The Denver Police Department's crime data shows that violent crime from January through April dropped by 5.6 percent compared to the same time period last year, and robberies in particular fell by 4.8 percent. 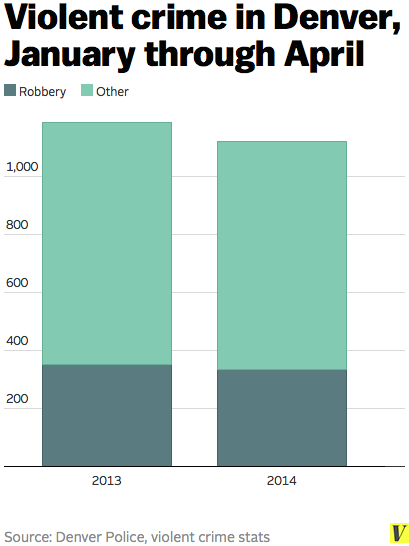 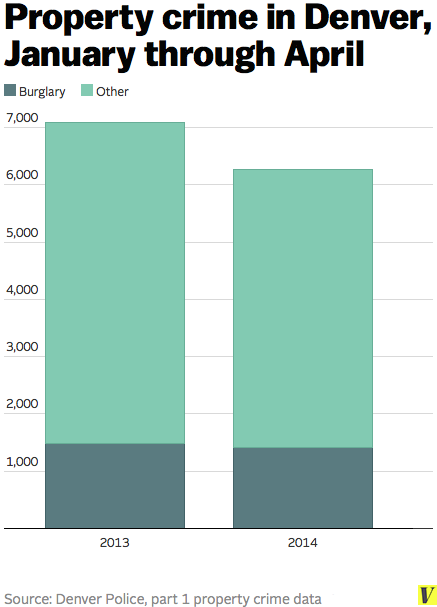 This doesn't mean that legal pot caused less crime, since correlation does not equal causation. But these trends are actually better than my previous check-in with Denver's crime rates. As I reported back then, Denver's crime rates didn't skyrocket during the first two months of retail sales. Now, however, crime seems to be dropping almost across the board, even as federal prohibition forces marijuana businesses to engage in risky banking practices.

All of that is despite warnings from law enforcement officials that crime, particularly robberies and burglaries, would rise following legalization. Two months back, Denver District Attorney Mitch Morrissey told me that legal marijuana was already causing more crimes. But if that's the case, it's not showing up in the city's crime statistics.

Some opponents of legalization, however, have warned that it could take much longer for legal marijuana's crime effects to show up. Tom Gorman, director of Rocky Mountain High Intensity Drug Trafficking Area, said in a previous interview that the full effects won't surface until three to four years at best.

"This is a great opportunity for us to find out what happens when you legalize a substance like marijuana," Gorman said. "Just wait and watch what happens in these labs, and then you can make a decision based on data and facts and not rhetoric."