Big Cable says broadband investment is flourishing, but their own data says it's falling

Share All sharing options for: Big Cable says broadband investment is flourishing, but their own data says it's falling

The broadband industry, like other industries I am familiar with, does not like the idea of government regulations that would make it less profitable. In search of a more persuasive argument than that, Tom Downey, a lobbyist for the National Cable Telecommunications Association, is circulating a letter to members of congress arguing that "in the years that broadband service has been subjected to relatively little regulation, investment and deployment have flourished and broadband competition has increased, all to the benefit of consumers and the American economy."

So is broadband investment flourishing? Not according to the NCTA's own data which shows investment booming in the years before the Great Recession and declining more recently: 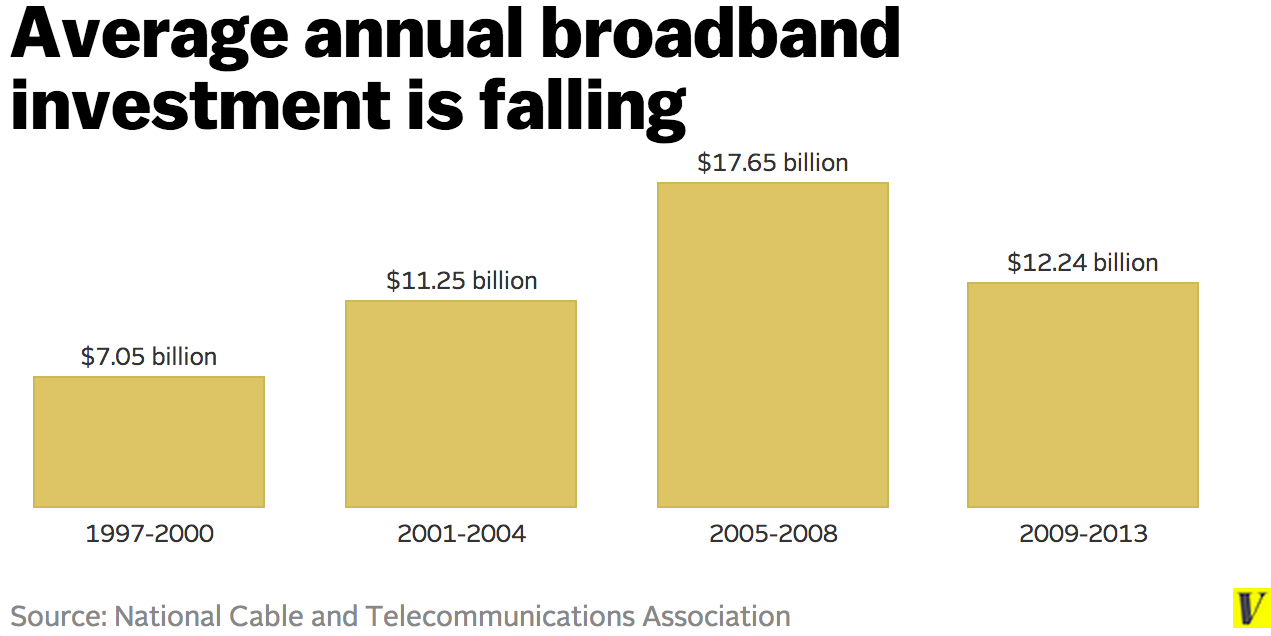 Of course, since NCTA wants to argue the reverse the actual graphic they have on their website looks quite a bit different from this.

Specifically, here's how they would like you to see broadband investment: 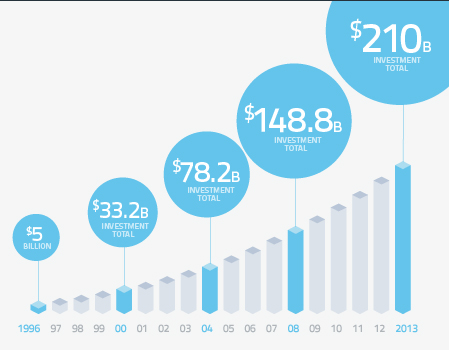 The key trick here is that they looked at cumulative gross investment so that literally any possible state of the world will show an upward slope. Even if all the broadband industry did was repair lines that were downed in storms, cumulative investment would go up over time. But they threw in a bonus trick of using four-year periods (1996, 2000, 2004, 2008) and then switching to a five-year period for the last one.

acting like a low-competition industry, scaling back investment and plowing its profits into dividends and share buybacks

My chart properly shows annual average investment during these periods and shows clearly that investment is down. I didn't even adjust for inflation, since it's hard to calculate that without NCTA giving us specific annual figures.

Now needless to say the fact that investment is falling doesn't prove that NCTA is wrong about net neutrality regulations. But if you think the light regulatory touch is working because it's leading to an investment boom, you are mistaken. The industry is acting like a low-competition industry, scaling back investment and plowing its profits into dividends and share buybacks and merger efforts.

Update: The NCTA now says its original figures were inaccurate, though it hasn't changed the misleading format of its chart.