A major section of West Antarctica's massive ice sheet is melting into the ocean, and it's unlikely that anything can stop its eventual demise. If so, that will mean even higher sea levels in the centuries ahead.

collapse of the glaciers is expected to take a few centuries, at least

That's the upshot of two new studies released Monday in Science and Geophysical Research Letters. Together, the papers concluded that six large West Antarctic glaciers appear to be in a state of irreversible decline.

These glaciers will eventually melt entirely and take parts of the ice sheet with them, leading to an additional 4 to 13 feet of sea-level rise. That process could take anywhere from 200 to 1,000 years, with more rapid changes possible once the glaciers reach a tipping point.

More global warming could speed up the rate of melting; less global warming might slow it down. But it's probably too late to halt the decline altogether. "The collapse of this sector of West Antarctica appears to be unstoppable," said UC Irvine glaciologist Eric Rignot, a lead author of the Geophysical Research Letters study. 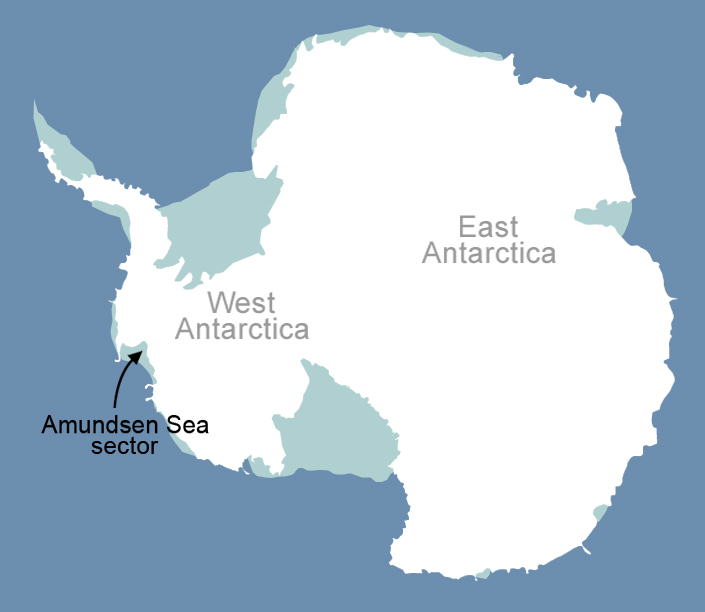 Higher sea-level rise is on the way

Global average sea levels have risen 7.5 inches since the 19th century, but most of that rise so far has been due to the expansion of sea water as it warms. The melting glaciers in West Antarctica have been a relatively minor factor to date.

That may now be changing. These glaciers appear to be flowing even faster than scientists once thought, which means forecasts for future sea-level rise may need to be revised upward.

The UN's Intergovernmental Panel on Climate Change projects that global average sea levels will rise somewhere between 1 foot and 3 feet by 2100. Yet many of the studies the IPCC cites don't account for major ice loss in Western Antarctica, and Rignot suggested that the higher-end estimates may now be more plausible.

And that's just the near future. The six glaciers in question contain enough ice to raise sea levels an additional 4 feet once they've melted entirely — although that will take a very long time. "A conservative estimate is it could take several centuries for all of the ice to flow into the sea," Rignot said in a statement.

Over an even longer time scale, meanwhile, future generations are likely to face much larger sea level rise. As these glaciers disappear, nearby parts of West Antarctica's ice sheet will become exposed to sea water and begin melting as well. That entire region contains enough ice to raise global sea levels 10 to 13 feet.

That, too, likely won't happen for centuries — again, the exact timeframe here is unclear. But, at this point, the broader process appears inevitable.

The Geophysical Research Letters study looked at the six glaciers in the Amundsen Sea region and concluded that no natural processes can stop them from eventually disappearing altogether — based on their flow and the slope of the bedrock they sit on: 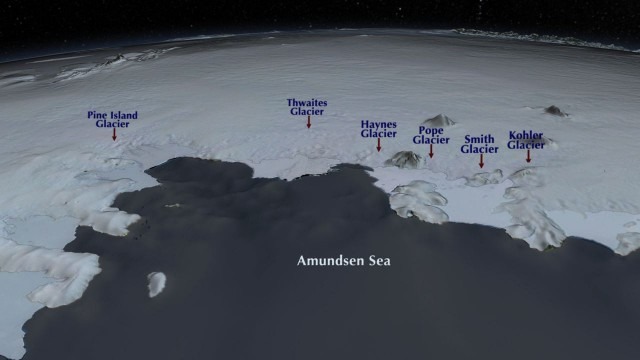 One key glacier appears to be in "Early stage collapse"

The Science study, by contrast, focused on just one of those glaciers — the crucial Thwaites Glacier — and concluded that it appears to have passed the point of no return and is in "early-stage collapse."

Here's what that means: The Thwaites Glacier will continue melting steadily for the foreseeable future — raising sea levels by less than 1 millimeter per year. But at some point 200 to 900 years from now, the glacier is fated to shift suddenly to a state of rapid destabilization. When that happens, the glacier could disappear entirely within a few decades, pushing up sea levels very quickly.

What's more, the Thwaites Glacier essentially acts as a dam protecting other parts of West Antarctica's ice sheet. If it disappears, that region of West Antarctica could flood with seawater, causing more ice to begin melting — hence the possibility of 10 to 13 feet of sea-level rise at some point in the future.

Why the glaciers are melting

So why is the Thwaites glacier melting in the first place? It's not because the air in Antarctica has been warming up. Instead, strong winds are pulling warmer water from the deep oceans toward the glacier and melting the ice sheet from below.

That melting, in turn, pushes back the "grounding line" where the glacier is in contact with land — hence exposing even more of the underside of the glacier to warmer ocean water: 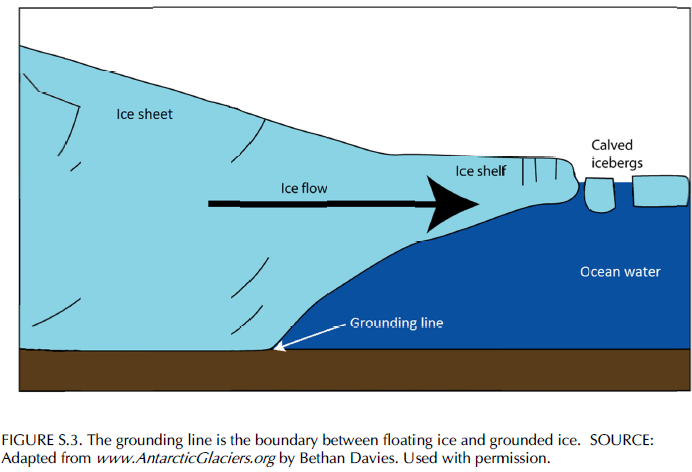 Once the Thwaites Glacier's grounding line recedes past a crucial underwater ridge, the Science study found, the glacier will begin its dramatic collapse (again, likely at some point 200 to 900 years from now).

The current melt is likely being sped up by an array of different factors. Global warming is believed to contribute to the stronger winds around Antarctica that are pulling the warmer water up toward the ice sheet. Natural fluctuations and the ozone hole over Antarctica may also be playing a role.

Either way, the melting appears to have become self-sustaining at this point: "Except possibly for the lowest-melt scenario, the simulations indicate that early-stage collapse has begun," the Science paper concluded.

Of course, that still leaves plenty of questions. When, exactly, will the crucial Thwaites glacier begin its collapse? (After all, 200 to 900 years is a wide range.) And how fast will sea levels actually rise? The authors note that better modeling in the future will hopefully offer a much better sense of the timeline here.

Further reading: Here's the press release for the Geophysical Research Letters study and here's a university write-up for the Science study. And here's a helpful piece from NASA: "The 'Unstable' West Antarctic Ice Sheet: A Primer."

* Note: This post has been updated for clarity and length since first published, particularly the first paragraph.