How much energy could the US save if it really tried?

Share All sharing options for: How much energy could the US save if it really tried?

This past week, Congress has been wrangling over a bill to boost energy efficiency in the United States. Energy efficiency is often seen as one of the cheapest, easiest ways of reducing global-warming emissions.

how much energy does the US really waste?

Now, since this is Congress we're talking about, that bill is expected to get blocked in the Senate on Monday for procedural reasons (Republicans want to tack on an amendment related to the Keystone XL pipeline, while Democrats want a separate Keystone vote). Barring last-minute miracles, nothing will pass.

But the fight does raise an interesting related question: Assuming that Congress ever became capable of passing legislation again, how much more energy-efficient could the United States actually get?

By some accounts, the United States could stand to get twice as efficient in the coming decades, saving hundreds of billions of dollars and slashing its global-warming emissions in the process. Yet other economists have been a bit more skeptical that boosting energy efficiency is really so easy — or a surefire way of tackling global warming.

The US is less efficient than other wealthy nations 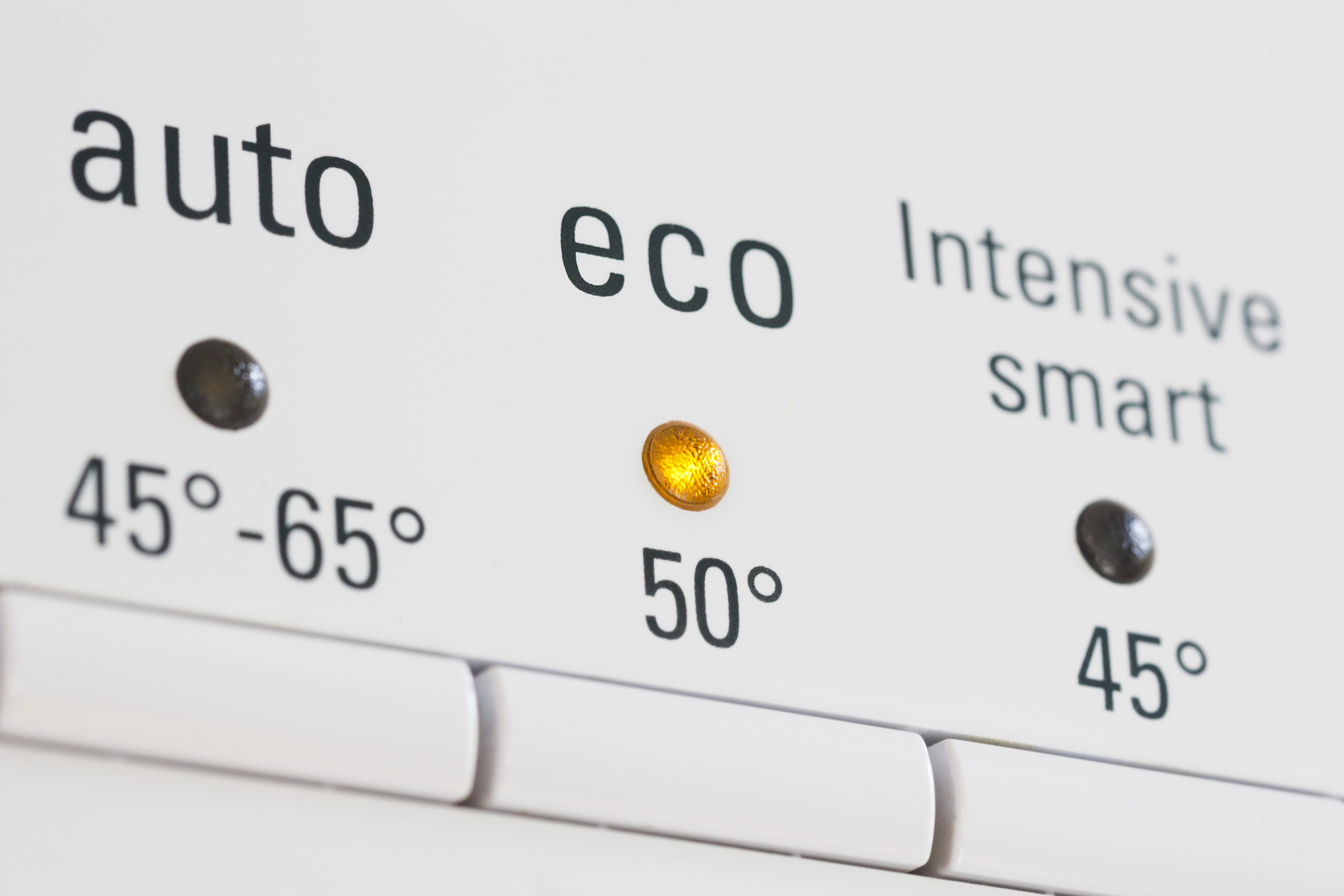 Lamp of an ecologically friendly program of a dishwasher on March 09, in Berlin, Germany. Thomas Trutschel/Photothek via Getty Images

One place to start here is a recent report from the Alliance to Save Energy on how the United States could double its "energy productivity" by 2030 — that is, double the amount of economic activity generated from a given unit of energy.

The US has already doubled its energy productivity since 1970

The report argues that this should be perfectly doable. The United States, after all, has already doubled its energy productivity since 1970.

And the US is still less energy-efficient than many other industrialized nations, including Japan, France, and Germany. (Although cross-country comparisons can sometimes be misleading, since different countries are in different situations with regard to their size, industrial structure, climate, and so on.)

The report notes, for instance, that many buildings in the United States could employ much more-efficient lighting, insulation, roofing, and boilers to cut their energy use by up to 50 percent. But, for the most part, these readily available technologies have been slow to catch on.

All told, modeling by the Rhodium Group estimates, doubling US energy productivity by 2030 could save the average household about $1,000 per year, shrink US oil imports from 19 percent down to 7 percent, and cut US carbon-dioxide emissions by 33 percent.

Here's what this all looks like in chart form — the US economy keeps growing, but its energy use plummets: 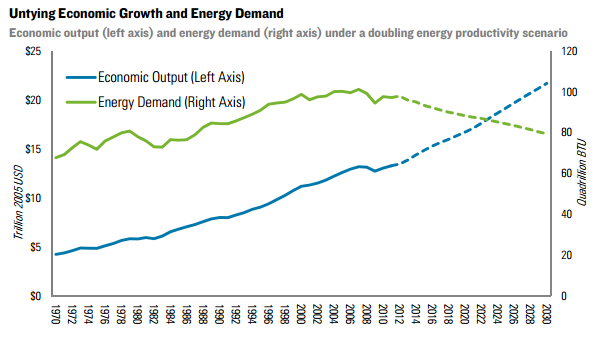 Alliance to Save Energy

A plan to double energy productivity by 2030

Now, there's a big question here. If energy efficiency is so magical and wildly beneficial, why don't people already do more of it? Why does the government need to step in?

If energy efficiency is so great, why don't people already do it?

One big reason, the Alliance to Save Energy argues in its report, is that there are a slew of barriers and getting in the way of efficiency — from poor information about the benefits to actual structural hurdles.

To that end, the report recommends a slew of steps policymakers could take. The Department of Energy, for one, already has the authority to tighten efficiency standards for household appliances. Or the White House could ask states to improve their energy productivity as a condition of receiving federal grants.

Other recommendations, meanwhile, would require Congress. For example, the report calls for lawmakers to revamp the tax code to reward more efficient technologies and to boost R&D spending. The report envisions governments at all levels spending $9 billion per year to promote efficiency.

A few of the steps recommended were in the Shaheen-Portman energy efficiency bill that Congress is considering this week — like assistance to states to write more rigorous building codes or loan guarantees for companies that do efficiency retrofits. Those measures seemed to attract a fair bit of bipartisan support (although conservative groups like the Heritage Foundation opposed the bill).

Why some economists are more skeptical… 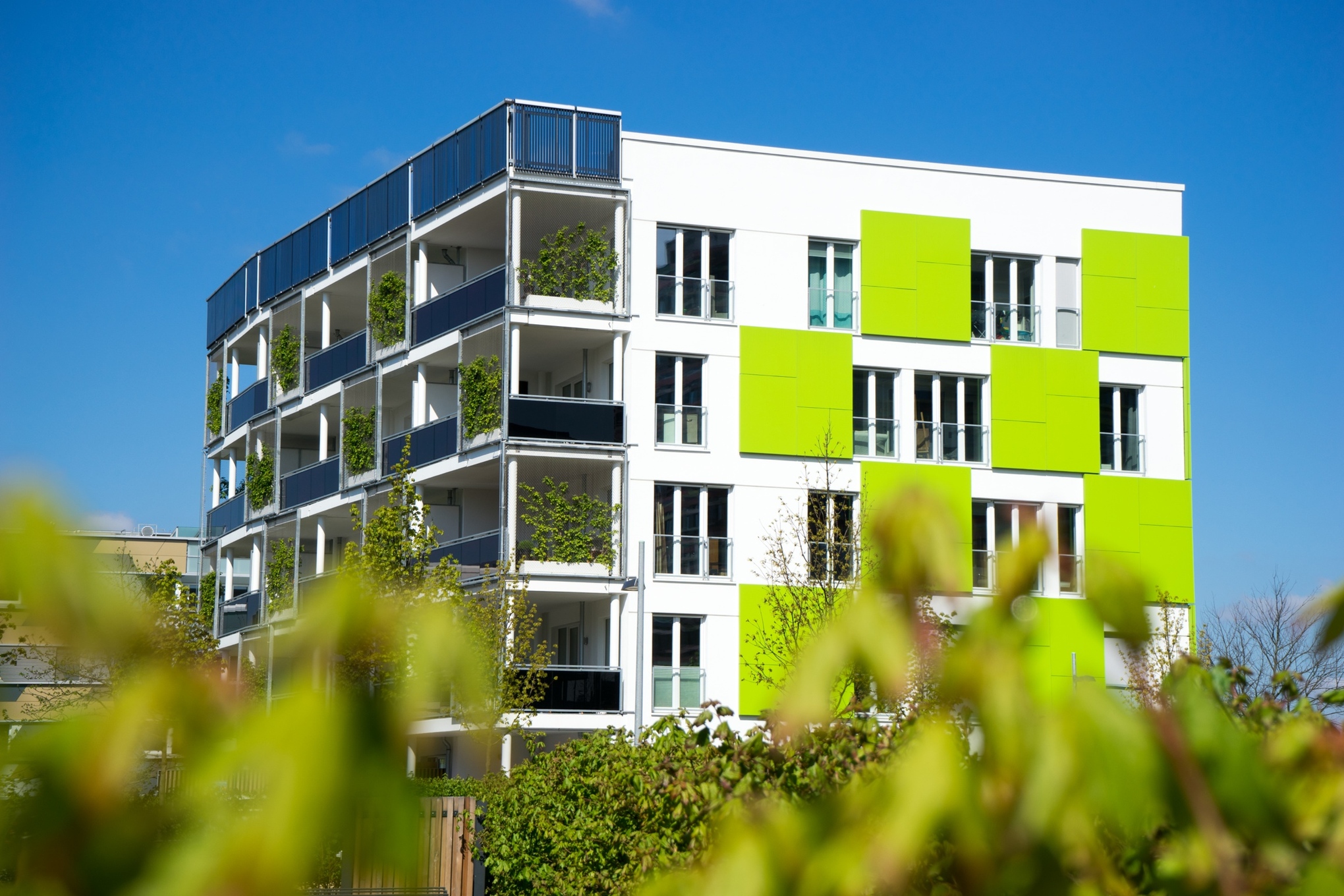 Some economists, however, have been more cautious about the idea that stricter energy efficiency policies would be as beneficial as claimed. They don't think efficiency is a bad idea — just that it needs more scrutiny.

These economists' caveats usually fall into one of two broad categories. First, they'll argue, not all energy waste is necessarily cost-effective for the government to address.

In a 2012 paper, economists Hunt Alcott and Michael Greenstone looked at the "energy efficiency gap" — places where people or companies seem to be irrationally wasting energy and would clearly be better off if policies required them to be more efficient. The economists argued that this gap was smaller than many experts had previously assumed. (Though here's a rejoinder from the American Council for an Energy-Efficient Economy on this point.)

The other objection is that energy efficiency may not be as helpful for tackling global warming as often advertised. For instance, if air conditioners become more efficient and cheaper to use, people might use them more often. This is a phenomenon known as the "rebound effect" and estimates can vary. In the ASE study above, the rebound effect is assumed to be around 5 to 10 percent. But if the effect is higher, then these measures wouldn't do as much to reduce emissions.

Part of the problem here is that there hasn't been a ton of rigorous academic work on the topic of efficiency. Last year, economists at MIT and the University of California, Berkeley launched a project called E2e to conduct controlled trials on the effectiveness of various efficiency policies. You can see a list of all the studies to date here.

But those efforts are relatively new, and there's still a fair bit of uncertainty about how much energy the United States could save if it really tried.