Craft breweries are opening faster than farmers can grow hops

Share All sharing options for: Craft breweries are opening faster than farmers can grow hops

The price of aromatic hops — the stuff that craft brewers like to use in their IPAs — has doubled to $7 to $10 per pound, reports Emiko Terazono at the FT. And the cause is pretty clear, demand for the stuff is surging.

Check out this animation JSMaster99 made and posted to Reddit showing the increasing number of breweries, most of them small, in basically every state and region of the USA:

Of course one reason why California has a lot of breweries is that it also has a lot of people. Rjw55 did a map that shows the number of people per brewery to give you a clearer sense of brewing's popularity: 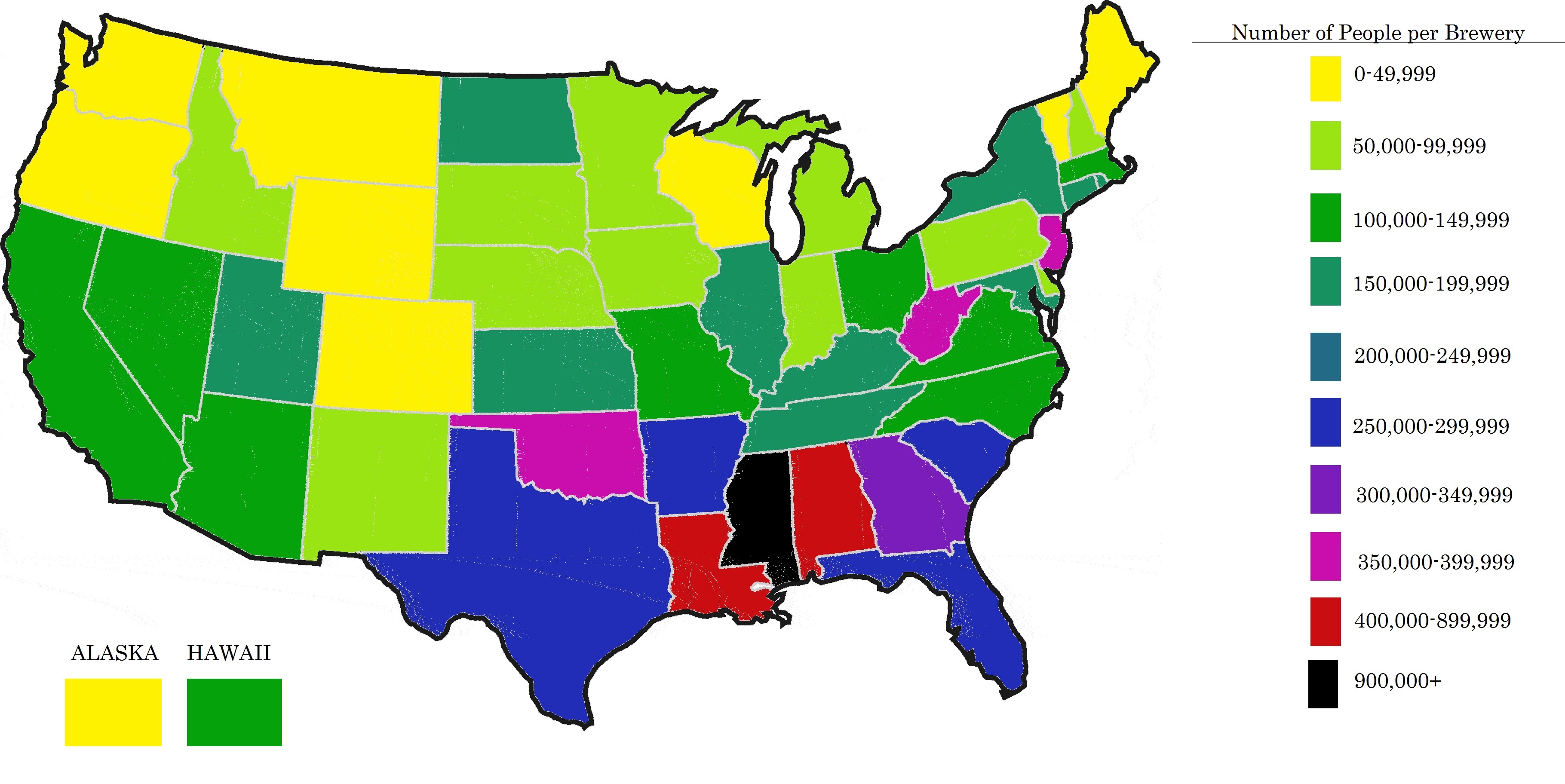 Basically there's not much brewing in the South, or in New Jersey but there's a ton everyplace else.A report from 47hops.com looking at the state of the hops industry in 2013 offers some insight into why hop production hasn't managed to fully keep pace with the increase in demand. "Many American growers and were burned in the years following the crisis of 2007-08," they explain, "when multinational brewers did not honor contracts or, in some cases, postponed deliveries and their corresponding payments."

Consequently, producers have been somewhat reluctant to invest in massively ramping-up production.