Another reason to hate flies: they could be spreading antibiotic-resistant germs

Share All sharing options for: Another reason to hate flies: they could be spreading antibiotic-resistant germs

Each year, 23,000 Americans die from infections that can't be treated with antibiotics. And researchers have long suspected that many of these antibiotic-resistance bacteria originate on farms, given that antibiotics tend to be used most heavily on livestock.

But that raises a question: how do the bacteria travel from farms to people? Some bacteria are carried on packaged meat, eggs, and milk products. There's also evidence of farms contaminating water and livestock workers carrying bacteria home by accident. But a new paper lays out a different potential mechanism — flies.

The process might go something like this: a cow treated with antibiotics develops a drug-resistant strain of bacteria. The cow poops, a fly eats the feces, the fly travels and lands on human food, the fly regurgitates while eating the food or poops on it. Then people eat the food and get sick from antibiotic-resistant bacteria.

Figuring out the precise mechanisms is important because it can help us develop ways to prevent the spread of antibiotic resistance. In the United States, up to 80 percent of antibiotics are used on livestock, according to some estimates. Those drugs are used to prevent or treat illness, or to simply make animals grow bigger. This winter, the FDA proposed a voluntary phasing out of certain antibiotics for animal growth over the course of several years.

We still can't say for sure that flies are bringing bacteria in the direction of farm-to-table. (Getting full causal data might require giving certain flies fluorescently marked bacteria and then tracking them using teeny sensors as they travel around, maybe eventually landing in some kitchen. Researchers are actually working on a wireless sensor bee-tracking scheme, so that's not quite as crazy as it sounds.) However, there's decent evidence for each phase of the fly transmission process, and it sums up to a fairly convincing argument. 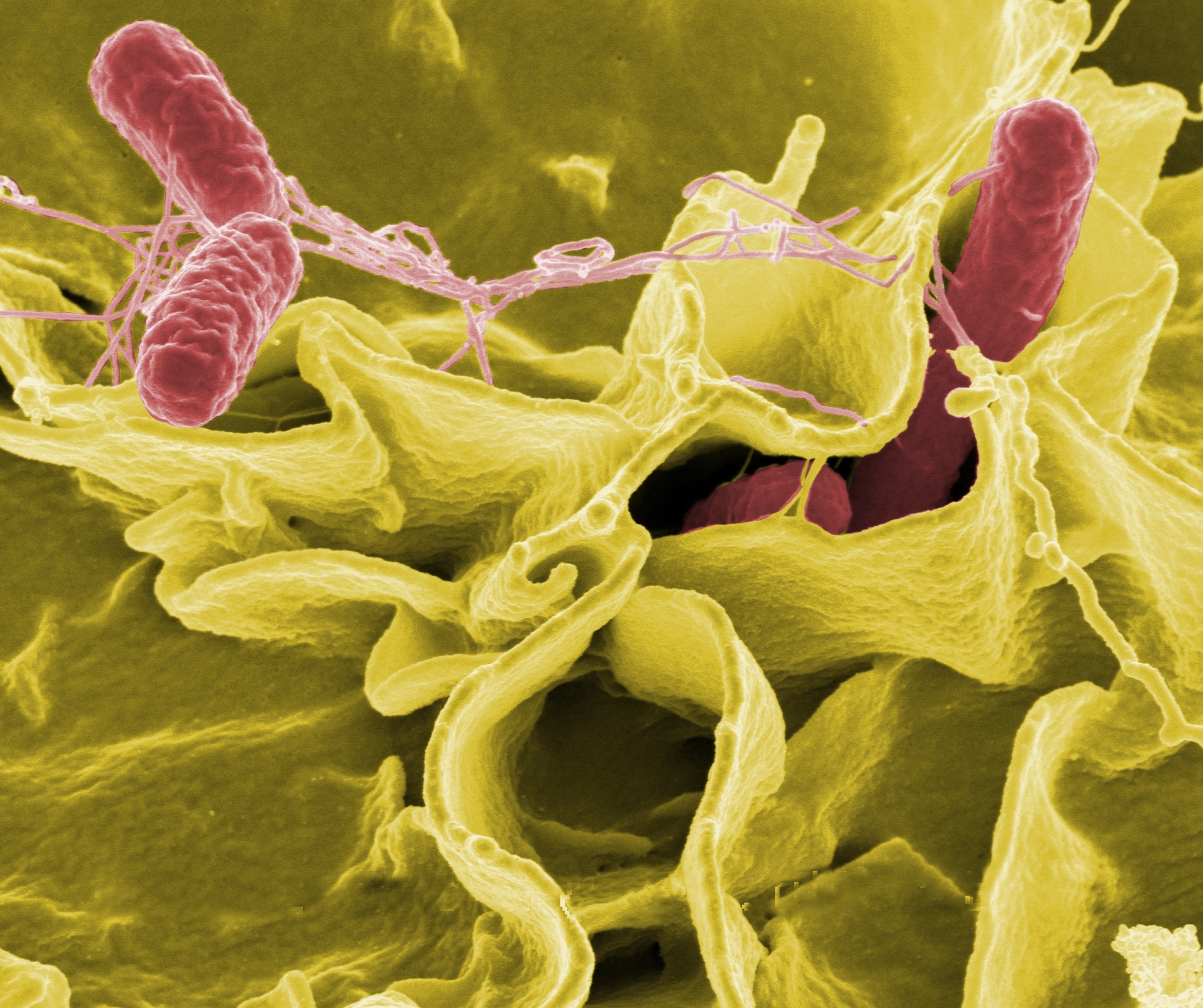 This spring, two researchers from Kansas State University summarized the evidence in a thorough review article published online in the journal Applied and Environmental Microbiology.

Here's what we know. Several papers show that flies (and in one case, cockroaches) found on poultry, pig, and cattle farms and in more urban settings such as fast-food restaurants have antibiotic-resistant bacteria in their guts. And the bacteria that have been discovered are ones that cause human diseases, including E. coli, Salmonella, Enterococci (which can cause meningitis and urinary tract infections), and species of the Staphylococcus genus.

One investigation found the same antibiotic-resistant bacteria in restaurants' flies and in the food they served. And more of those bacteria were in the food in summer than winter, which correlates roughly to seasons of "housefly activity." (It's also possible that warmer weather could cause higher rates of bacterial growth. Several other variables could be at play here.)

So far, these are just correlations. But there's also some experimental evidence. A study that fluorescently tagged bacteria in flies showed that these bacteria were then transmitted to food and water. In another one, researchers collected flies on a feedlot and brought them to a lab and then observed them spreading bacteria onto a raw hamburger patty.

Flies may also be transmitting bacteria between livestock. One experiment purposefully gave houseflies a particular antibiotic-resistant strain, which nearby cattle then picked up.

How much are flies contributing to the antibiotic-resistance problem? No one knows. But flies might not be the only insects passing microbes around. Some researchers have found antibiotic-resistant bacteria in bees, moths, beetles, and bedbugs. Ravens and crows, too.

Image above of salmonella bacteria invading a cell. National Institute of Allergy and Infectious Diseases