6 remarkable facts about the science of motherhood

Share All sharing options for: 6 remarkable facts about the science of motherhood

Sure, the holiday has kinda drifted from an idealized celebration of the mother-child bond to a corporate-driven occasion for mass consumption, but that shouldn't overshadow how important moms fundamentally are.

Science has told us all sorts of fascinating things about the uniquely intimate link between mother and child at the biological level.

1) Babies begin listening to their mothers' speech in the womb

In 2013, scientists conducted an interesting study with 80 newborns in Tacoma, Washington and Stockholm, Sweden: they played them sounds in English, Swedish, or other languages.

the neurological mechanisms for hearing develop around 30 weeks after conception

It's well-known that infants find novel experiences more interesting, so the scientists wanted to see if the babies would be more interested in noises in languages other than their mothers'. As it turns out, they did — the newborns could control how long the sounds played by sucking on a pacifier, and they consistently sucked more for sounds in languages other than their own.

The researchers propose that the newborns registered and habituated to their own mothers' speech in the womb —  a reasonable conclusion, given that the neurological mechanisms needed for hearing are known to develop at around 30 weeks after conception.

2) A mother's saliva might be good for a baby's health 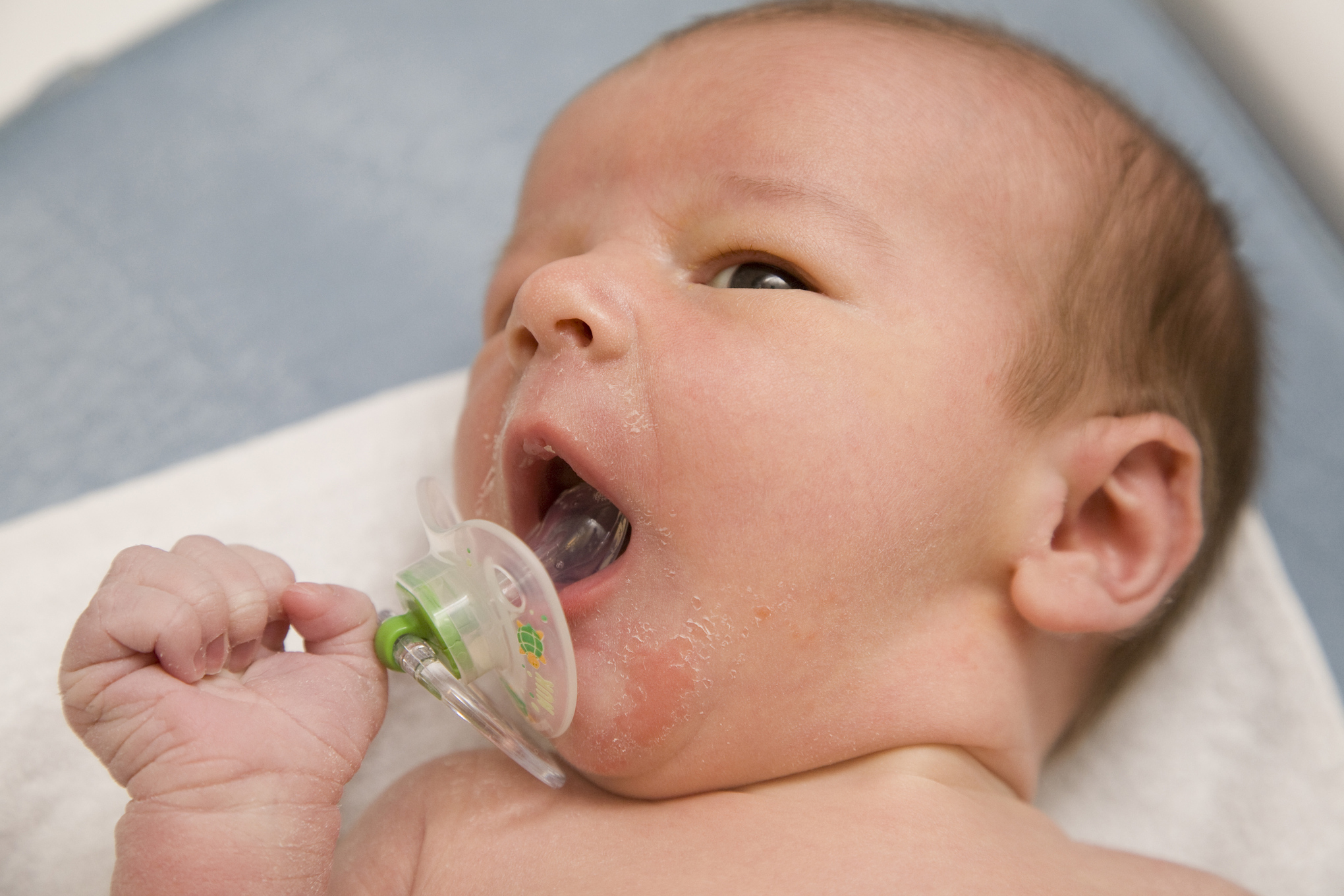 For years, some mothers whose babies dropped their pacifiers on the ground might pick it up, suck it clean, and pop it back in the infant's mouth. Experts (including the New York City Department of Health) widely recommended against doing this.

But this year, Swedish researchers came to an unexpected finding about this seemingly gross habit — parents who do it have kids with significantly lower rates of allergies, eczema, asthma, and other auto-immune diseases.

This is only a correlation, not a causation, but it fits in with the hygiene hypothesis: the idea that recent increases in many auto-immune diseases are the result of an over-sanitized childhood environment, which prevents a kid's immune system from learning how to differentiate between trivial threats and serious ones. Sharing spit may be one way of exposing a baby to these crucial microbes.

Breast milk is widely known to provide all sorts of nutritional benefits that can't be matched by formula. One of these is the boost it gives to a baby's immune system: because of the antibodies that are transmitted through a mother's milk, breastfed babies are more resistant to infections of the respiratory system and digestive tract during early childhood.

But recently, scientists have discovered that breast milk can protect against a very different sort of infection: HIV.

Worldwide, only about 10 to 20 percent of infants breastfed by mothers with HIV catch the virus, and new research has identified the reason. A protein called Tenascin-C, naturally present in all breast milk, binds to the virus and prevents it from attacking human cells.

It doesn't prevent HIV spread in all cases, but most of them. This, along with the enormous nutritional advantages of breast milk, are why the UN recently began advising HIV-positive mothers to breastfeed, as long as they're taking antiretroviral medicines.

4) For premature babies, skin-to-skin contact with a mother improves health

Having a mother hold a premature baby closely against her chest for at least a few hours a day — a practice called kangaroo care — is practiced at an increasing number of hospital neonatal care units, because of research showing that it provides all sorts of health benefits to newborns.

Compared to strictly keeping premature babies in incubators, studies have found that daily kangaroo care can help them gain weight faster, be more resistant to infections and hypothermia, and experience less pain during uncomfortable procedures, like heel lancing.

The really interesting thing is that scientists still don't fully understand how kangaroo care provides these benefits. It only seems to work when the baby is naked (or wearing a diaper) and is held directly against a mother (or father's) bare skin. It's possible that skin-to-skin contact uniquely stimulates release of the hormone oxytocin in both the baby and mother, but scientists still aren't sure.

5) A mother's brain may contain cells from her children 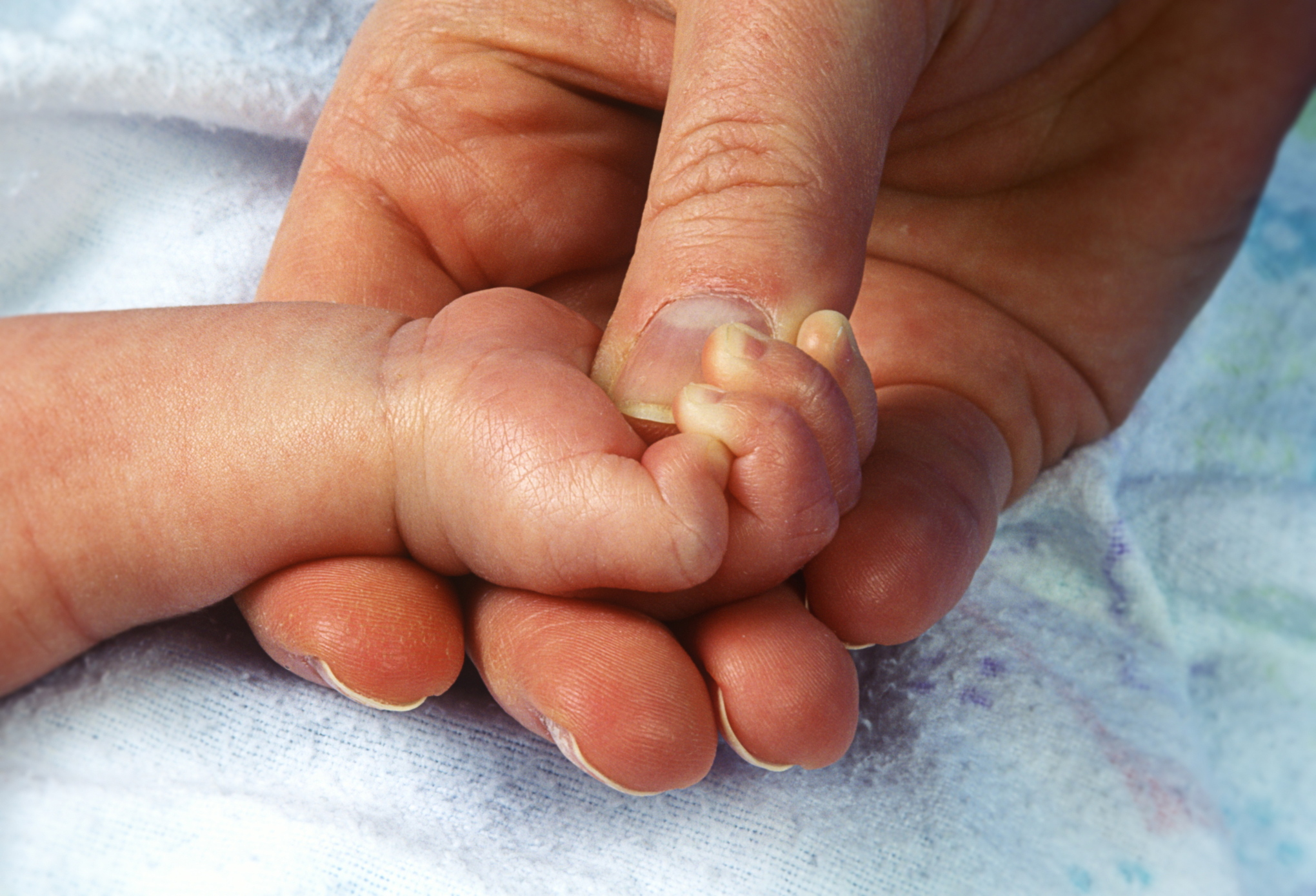 During pregnancy, the placenta links the mother and fetus, allowing nutrients to flow from mother to fetus and waste to move in the opposite direction. The organ is built from cells from both of them, and the cells can migrate through it, ultimately ending up and multiplying for years in the other's body.

For this reason, an estimated 50 percent of mothers have their children's cells inside them — most often embedded in her skin and in organs like her lungs, liver, and kidneys. A mother's cells can also end up in her child, although this is a bit less common.

Interestingly, scientists have recently found that in many cases, a child's cells can migrate all the way to a mother's brain. Their research has also shown that women with more of these cells have lower rates of Alzheimer's, for reasons that are still unclear.

This one isn't exactly biology — but it's a fascinating bit of science about the concept of motherhood anyway.

back when wooly mammoths roamed the earth, humans said the word similar to how we do today

By mapping the words' relationships and using what we already know about the rates at which languages mutate over time, they found that there are at least 23 "ultraconserved words" that are shared between all these languages because they've changed relatively little since about 15,000 years ago. In other words, back when glaciers still covered most of Europe and North America and woolly mammoths roamed the Earth, humans were saying these words in a way pretty similar to how we do today.

Among them: fire, worm, old, spit, and, of course, mother.

The fact that our ancestors were saying mother so long ago might not be a huge shock. But its inclusion on a list of very quotidian physical objects is interesting — and hints at how essential mothers really are to the human experience as a whole.