Don't panic about slow economic growth last quarter. Panic about 6 years of it.

Share All sharing options for: Don't panic about slow economic growth last quarter. Panic about 6 years of it.

On Wednesday, a disappointing GDP report showed that the nation's economic output only increased at an annualized rate of 0.1 percent last quarter. In other words, it nearly ground to a halt, after a few quarters of looking at least semi-healthy. 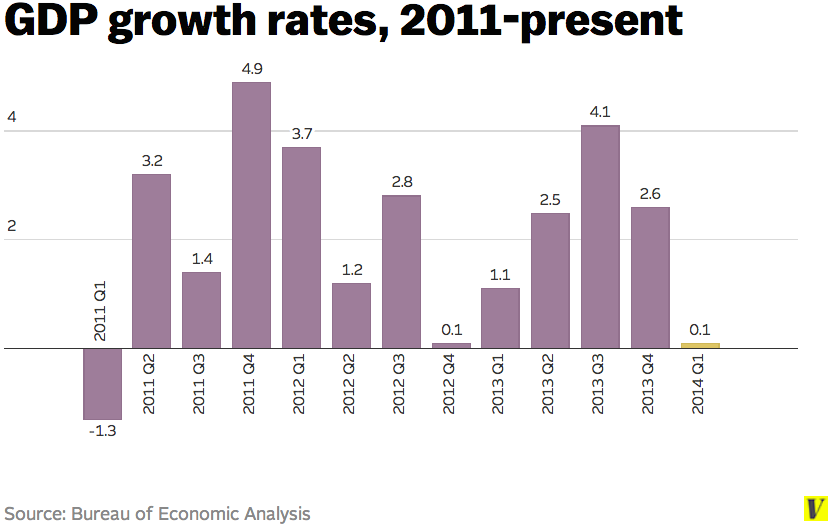 But those sorts of individual-quarter GDP charts miss the bigger picture: that this recovery is truly, phenomenally disappointing. Economists Atif Mian, professor of economics and public policy at Princeton University, and Amir Sufi, professor of finance at the University of Chicago's Booth School of Business, show this in a new post today on their House of Debt blog. 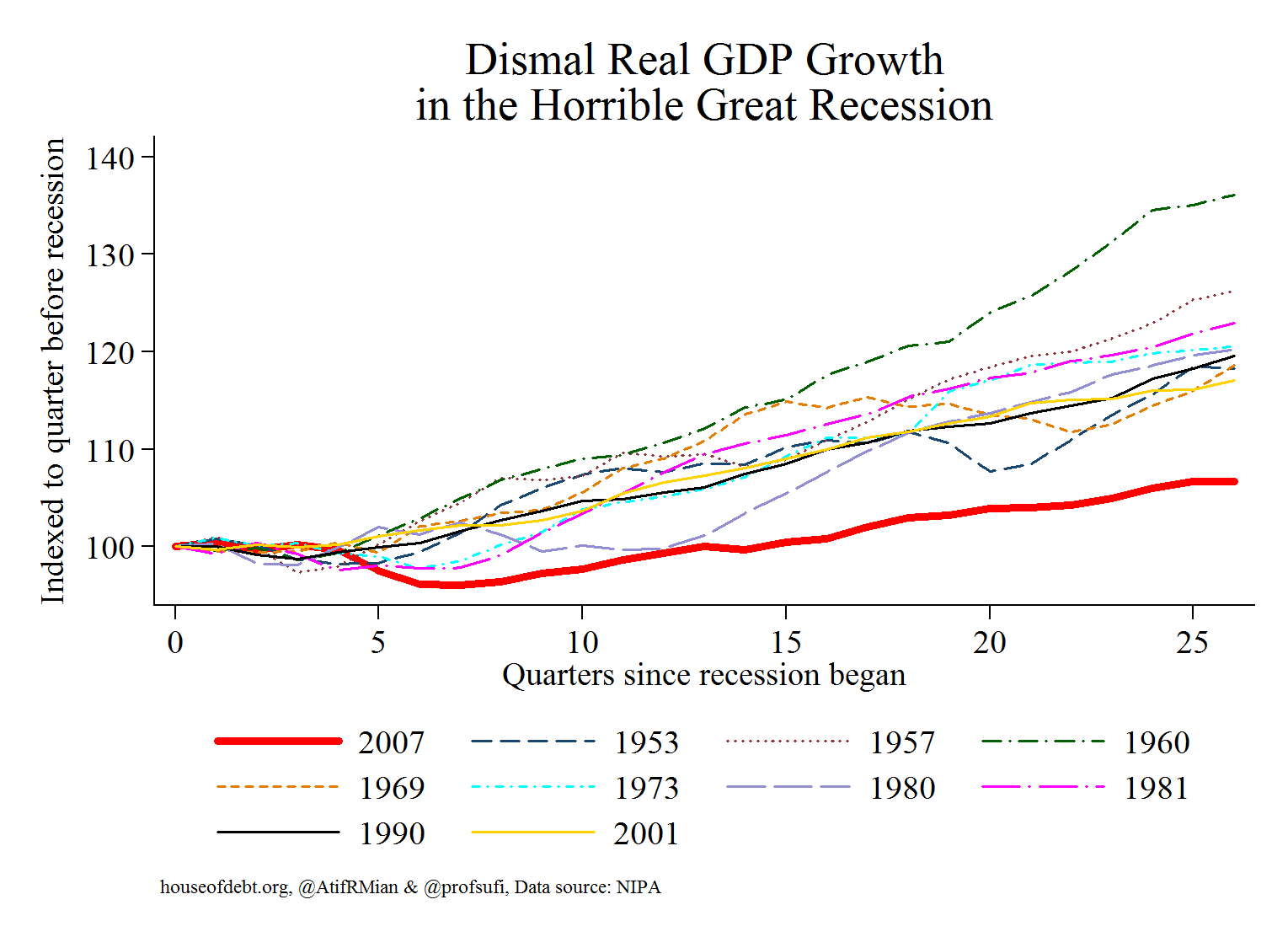 It's no secret, of course, that this recession and recovery has been ugly. But this shows it goes beyond that; the last six years have been abysmal.

But what's even even more unsettling is that no one really knows why that growth has been so maddeningly slow.

"Why has the recovery been so dismal? This has to be one of the central research questions for macroeconomics going forward," write Sufi and Mian.

Theories abound, of course: the authors include demographic shifts, policy uncertainty, and tight fiscal policy as possible explanations, and even in another post try to break it down by segments of the economy. Others have said automation, which reduces the need for workers, has contributed. Christina Romer and David Romer blame excessively complacent monetary policy. Carmen Reinhart and Kenneth Rogoff say that the recovery really isn't that slow compared to other major financial crises.

Then again, given the long recovery, it's not really a surprise that the reason for the slow recovery isn't known. If we knew that, we might be much farther out of the doldrums by now.