It's International Workers' Day, here's the case for higher pay

Share All sharing options for: It's International Workers' Day, here's the case for higher pay

Today is May 1, aka International Workers Day in most developed countries, though not a holiday here in the United States. The kind of tacky workers-versus-owners politics that goes into May Day celebrations certainly cuts against the grain of American political culture, where even our off-brand Labor Day in the autumn doesn't have much of an edge to it.

But in reality this kind of class politics has rarely been more relevant in the USA. Workers have been taking it on the chin for almost fifteen straight years now and it's hurting the overall economy. A raise would do us all some good.

Take a look at this: 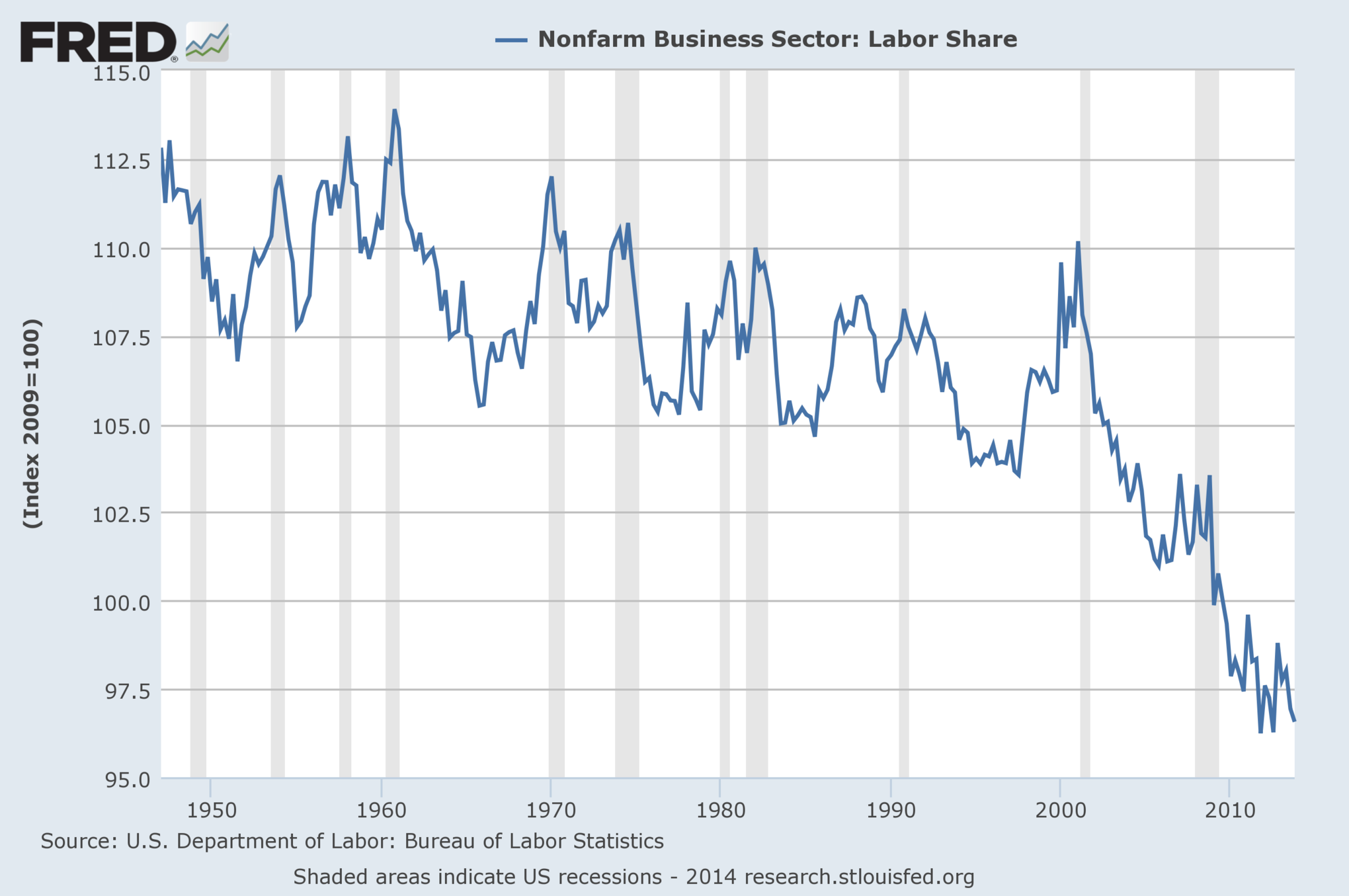 That's the labor share of overall national income, and it's been on a pretty steady path of decline for about fifteen years now.

Of course on its own that doesn't tell you very much. Lots of extremely rich people receive labor income, and lots of middle class people are shareholders in companies. But an OECD report out this week clarified usefully that, yes, non-labor income is primarily the province of the very rich: 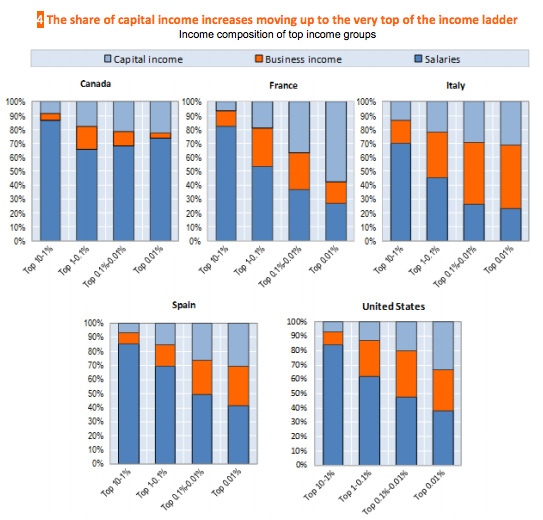 You see that for the top 0.1 percent and the top 0.01 percent, business income and capital income are really really important. Down in the bottom 99 percent, people are working for a living. So the decline in the labor share is bad for the vast majority of people.

Of course there's more to life than distribution. Maybe workers are getting a smaller slice of a rapidly growing pie? But of course that hasn't been the case: 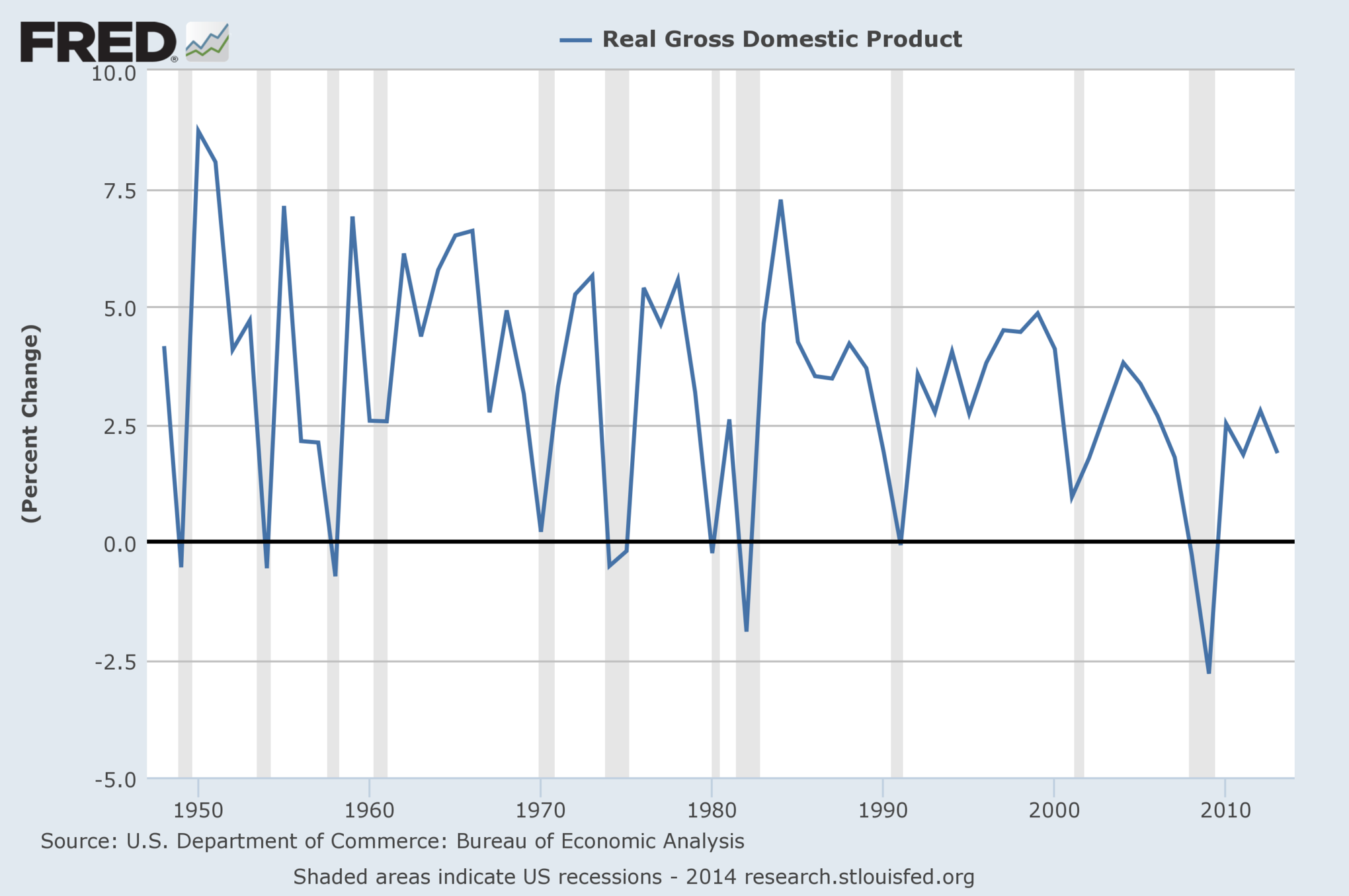 The theory was that policies friendly to capital would increase business investment, and thus help spur broadly beneficial growth. But it hasn't exactly worked out that way. Profits have soared while investment has stayed much more restrained: 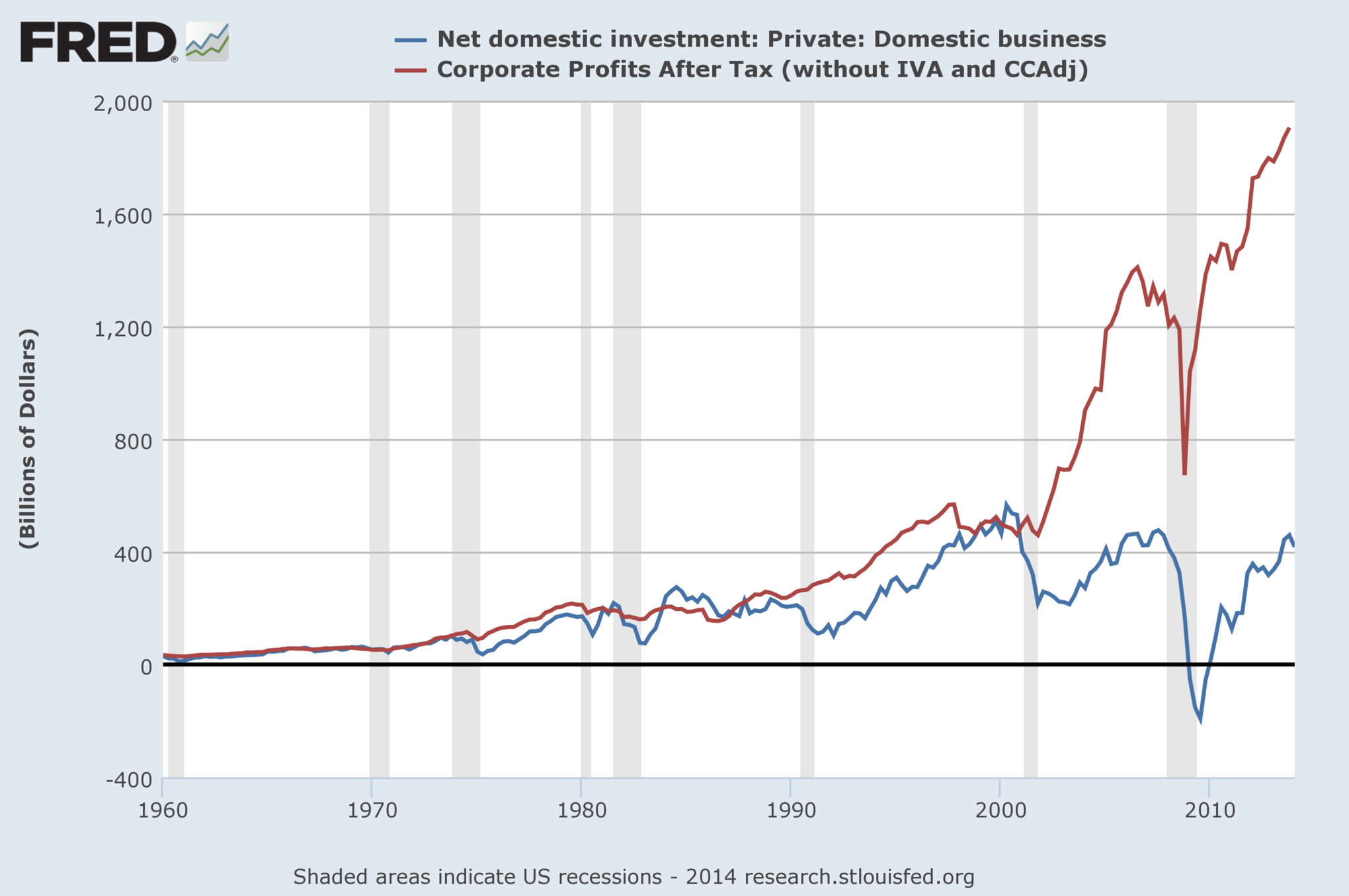 The result is a stalled economy. Money is collecting in the coffers of successful companies that don't want to spent it on expansion or being flushed out as dividends or share buybacks to people who own stock — mostly rich people who mostly don't have immediate economic needs they need to meet. On an individual basis, this makes sense. Executives want to try to maximize profits and shareholders want to try to maximize payouts to themselves. But collectively it's a disaster.

If average people had more money in their pockets, they would buy more iPads and dinners out with the family and new super-blenders  and gym memberships and movie tickets and all the rest. That kind of enhanced consumer buying power would create the opportunity for more business investment to actually pay off, driving a cycle of higher investment and more growth. Today with profits sky-high and interest rates super-low, companies aren't constrained in their investment by financial considerations but by objective opportunities. If people don't have any money, there's no reason for companies to invest in making stuff to sell to them. A higher wage economy wouldn't be literally better for every single person but it would be broadly beneficial not just for wage-earners but for the overall business and growth climate.