Share All sharing options for: You’re nearly 8 times more likely to be murdered if you’re black

There's another indicator of racial disparity in the United States: murder.

Blacks are nearly eight times as likely and Hispanics are more than twice as likely to die from homicide as whites, according to a new study from the Violence Policy Center. For blacks, the rate is near the 25 countries and territories with the highest homicide rates in the world. 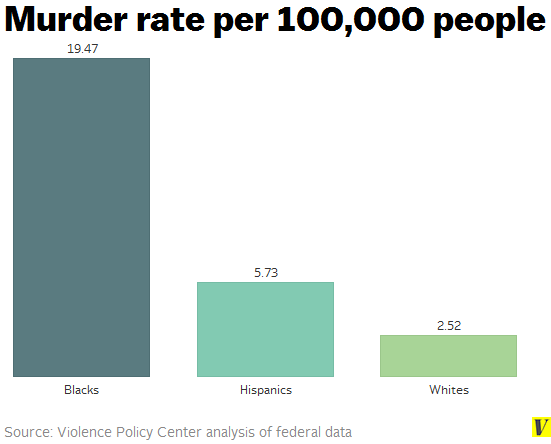 Many of these minority victims were also nearly twice as likely to be young (24 and younger) as white victims. 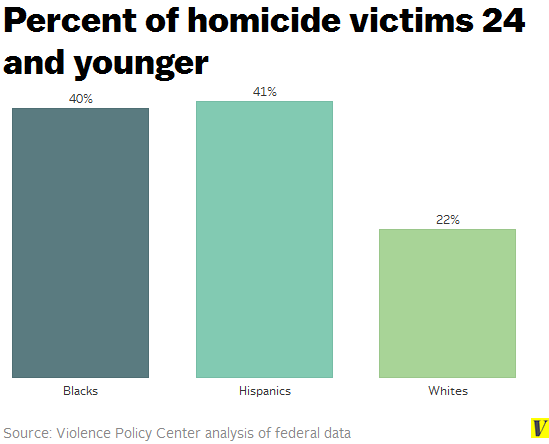 The rate and age breakdown of homicides are not the only differences between various racial and ethnic groups: blacks and Hispanics were also much more likely to die as a result of gun violence than any other group. 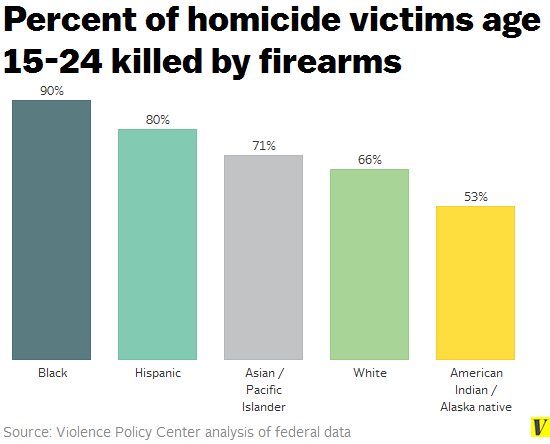 Hispanics are also much more likely to die in the hands of strangers than either black or white victims. 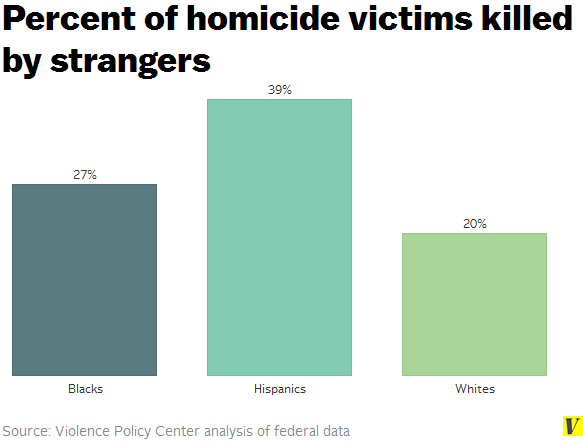 So what explains these racial disparities? The report offers little speculation or clues as to why. But part of the problem, at least for Hispanics, could be related to gang violence. The report found 30 percent of Hispanic homicide victims die in gang-related killings, compared to 11 percent of black victims and 4 percent of white victims.

There's also socioeconomic issues that can't be detached from the issues of homicide, gangs, and gun violence

There's also socioeconomic issues that can't be detached from the issues of homicide, gangs, and gun violence. Minorities and young people face considerably higher unemployment rates. They're often discriminated against in subtle ways. They're more likely to fall into a cycle of crime and imprisonment. And they often live in segregated areas with little opportunity to move up the economic ladder. How all these issues interact is of major concern to researchers.

The Violence Policy Center analyzed federal data, some of which is unpublished, for its findings. It cautions, however, that there's one big caveat to the data: the total number of Hispanic victims might be too low, since government agencies often report data on race but not ethnic origin. That matters because Hispanics sometimes identify their race as separate from their ethnic origin, meaning some of them consider themselves white or black as far as race goes but Hispanic in terms of ethnic origin.

Given the faulty data, the report calls on government agencies to improve how they collect and report information for Hispanic victims. That might help provide a clearer view of the problem — and how to solve it.