Get ready for a future where antibiotics no longer work

Share All sharing options for: Get ready for a future where antibiotics no longer work

The world could soon be headed for a "post-antibiotic era" — in which many of our best drugs don't work and common infections can kill.

That was the terrifying conclusion of the World Health Organization's first report on the growth in drug-resistant microbes around the world. Worst of all, the report notes, we don't even have the proper monitoring around the globe to fully assess the situation.

the microbes are coming, and we don't have the drugs to treat them

"Resistance to common bacteria has reached alarming levels in many parts of the world," the report said, "indicating that many of the available treatment options for common infections in some settings are becoming ineffective."

So what is going on here? Microbes, including bacteria, fungi, and viruses, have been developing resistance to our drugs for quite some time now. Let's say someone has pneumonia and takes an antibiotic. The drug kills most of the pneumonia bacteria — but a few survive. Those survivors live on and multiply, producing more drug-resistant bacteria.

This process has been happening for all kinds of microbes, including those that cause gonorrhea, pneumonia, urinary tract infections, tuberculosis, malaria, and HIV. Overuse of antibiotics in both people and in livestock has drastically accelerated resistance and made it much, much worse.

If we had enough new drugs coming, maybe that would be okay. But that's not the situation. Both technical hurdles and lukewarm financial incentives means that there aren't enough drugs coming down the pike.

The overall picture doesn't look good — but the urgency varies from microbe to microbe. Some microbes are getting to the point where we need ever more expensive drugs to provide a second or third line of defense. Other microbes, meanwhile, have developed strains that are resistant to all of our drugs, period.

"Without urgent, coordinated action by many stakeholders, the world is headed for a post-antibiotic era, in which common infections and minor injuries which have been treatable for decades can once again kill," said Keiji Fukuda, WHO's Assistant Director-General for Health Security, in a press release.

K. pneumoniae is a bacteria that causes many hospital-acquired infections, including some forms of pneumonia. "The high proportions of resistance to 3rd generation cephalosporins reported for E. coli and K. pneumoniae means that treatment of severe infections likely to be caused by these bacteria in many settings must rely on carbapenems, the last-resort to treat severe community and hospital acquired infections. These antibacterials are more expensive, may not be available in resource-constrained settings, and are also likely to further accelerate development of resistance."

Gonorrhea is becoming resistant to the treatment of last resort, too

"In N. gonorrhoeae, finally, decreased susceptibility to third-generation cephalosporins, the treatment of last resort for gonorrhoea, has been verified in 36 countries and is a growing problem." 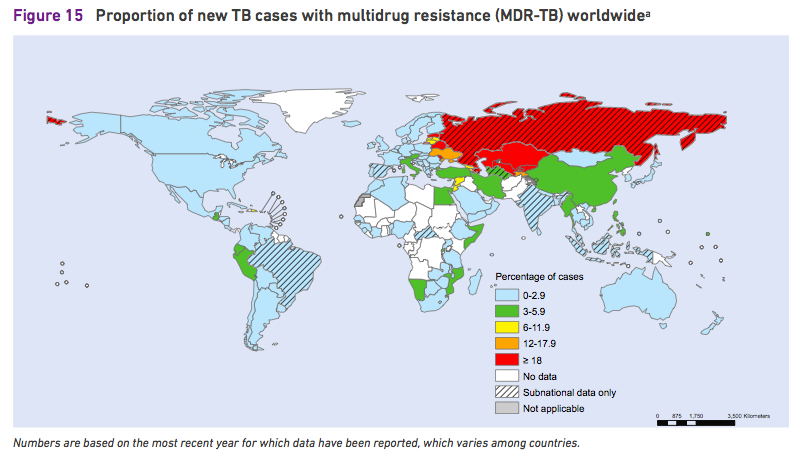 Multidrug-resistant tuberculosis (MDR-TB) is resistant to the two most potent treatments available, although that doesn't mean that it's completely untreatable.

In 2010, 17 percent of people with multiple drug-resistant TB in Africa died 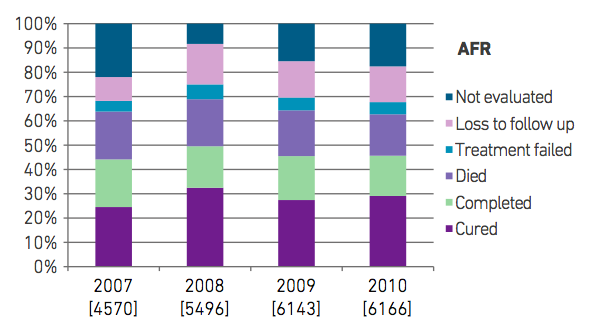 This was the highest death rate in the 2010 data set among the regions studied.

without Antibiotics, one in six HIP REPLACEMENT patients would die

It's easy to forget what the world was like before the first antibiotic was discovered in 1928. Diseases like pneumonia and simple scrapes and infections could often cause death.

The short story is that we really, really don't want this to happen. You can read more about what the post-antibiotic world would look like in Maryn McKenna's story here.

Can we avoid a "post-antibiotic" future?

The WHO doesn't say that a full "post-antibiotic era" is inevitable, but that it's "a very real possibility." So here's what people can do to prevent it.

take EVERY PILL in YOUR PRESCRIPTION

Because antibiotic overuse is the main problem here, you should only take antibiotics that have been prescribed to you by a doctor.

But there's a twist: when you are prescribed antibiotics, you should take all of them — every last pill. While it might seem sensible to stop taking the pills when you feel better, it increases the chances that bacteria are still alive in your body and will survive and multiply, spreading their resistance to future generations.

Doctors and farmers, for their part, need to only use antibiotics when necessary and explore how to prevent infections in the first place. (For example, a simple checklist was able to reduce line infections from 11 percent to zero at one hospital — Atul Gawande has the full story in the New Yorker here.) And policymakers need to figure out how to get new antibiotics into research and development. Because, one way or another, we're going to need new drugs.