Think the US-Mexico border is dangerous? Migrating to Europe is much deadlier

Share All sharing options for: Think the US-Mexico border is dangerous? Migrating to Europe is much deadlier

There's a human rights crisis on (and just off) the shores of Europe.

Thousands of migrants from the Middle East, Africa, and Central Asia are boating across the Mediterranean in an attempt to enter the European Union — and hundreds of them are dying. Last fall, a ship caught on fire and killed 300 migrants a mile from European shores. About 20,000 migrants have died en route over the past twenty years, according to the International Organization for Migration.

Crossing the Mediterranean is much deadlier than crossing from Mexico into the US. The National Foundation for American Policy found that the deadliest year on record for the US/Mexico crossing was 2012, when 477 migrants were killed. That's about 1 of every 1000 migrants apprehended crossing the border illegally. In 2011, which was the deadliest year for the Mediterranean crossing, 1,500 migrants were killed: 1 in 50.

This map from the Pew Research Center shows that these migrants aren't mainly coming from the African countries that border the Mediterranean. They're often coming from places in crisis, like Syria, Mali, and Afghanistan, and crossing several countries by land before sailing to Europe — typically to Lampedusa, an island owned by Italy that's closer to Africa than the European mainland — on one of the world's deadliest migrations by sea: 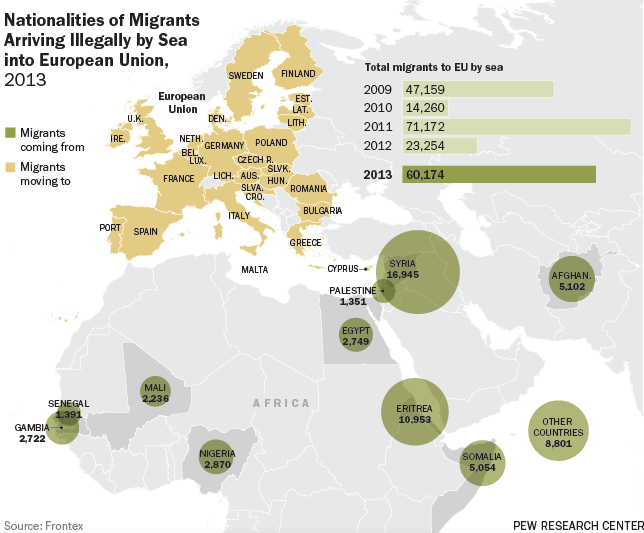 The fact that so many migrants are coming from war-torn countries like Syria makes what ultimately happens to many of them even more heartbreaking. Many migrants crossing the Mediterranean hope to apply for asylum once they arrive in Europe, and many of them might have legitimate claims that they're fleeing danger and persecution. 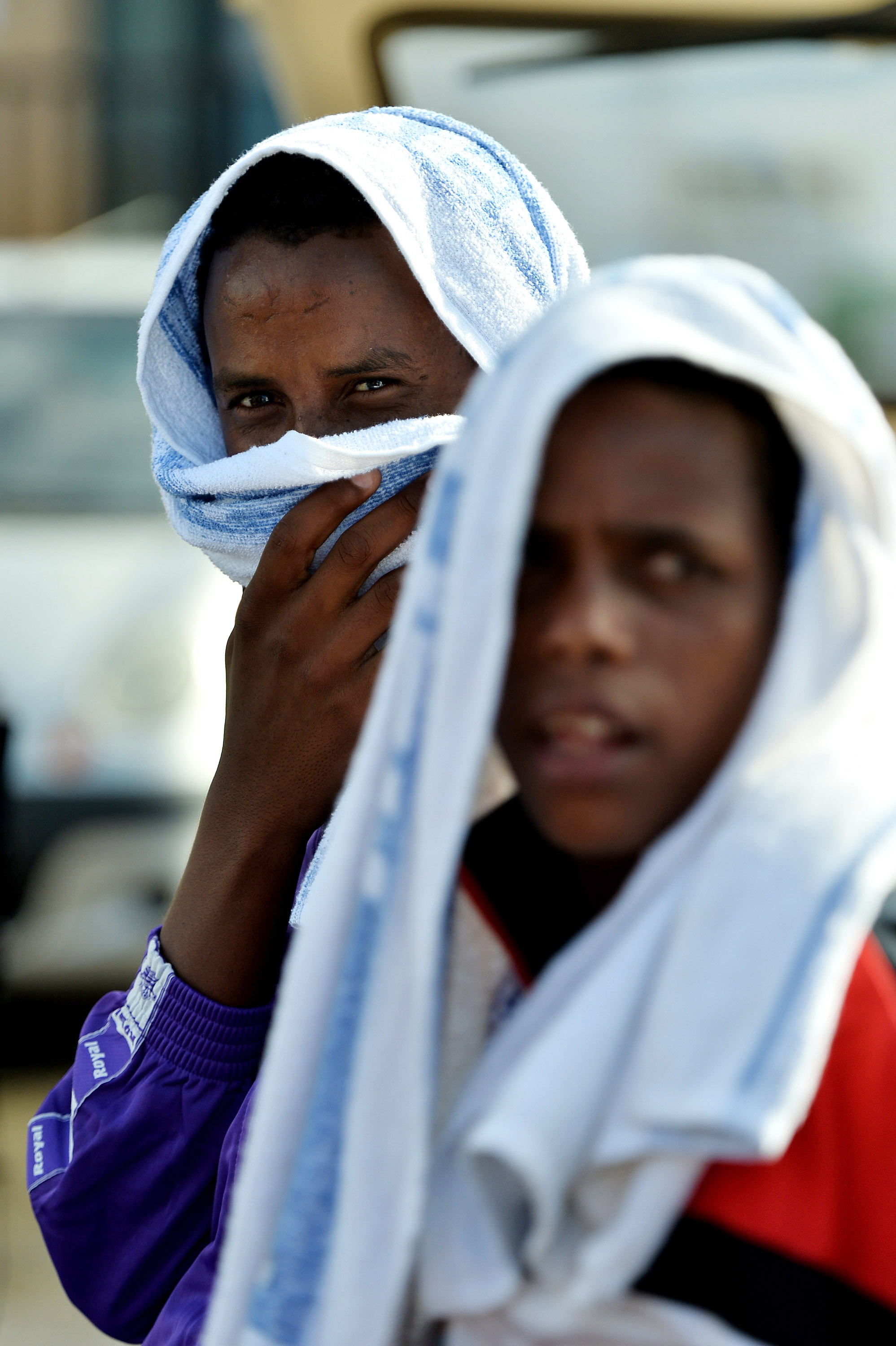 Survivors of the 2013 shipwreck off Lampedusa. Tullio M. Puglia/Getty

But when they're on the boat, they don't have legal status, and Frontex, the European equivalent of the U.S. Border Patrol, is supposed to "push back" any migrant boats they can get to before the migrants arrive on European shores.

The Mediterranean crossing can be deadly, especially in the not-always-seaworthy boats used by traffickers. And because the job of Frontex is to push migrants back, it's come under attack for not doing more to keep them safe. Survivors of the boat fire from last fall allege that they saw multiple helicopters circle above them, but no one came to their rescue until they were discovered by Italian fishermen five hours after the boat sank.

At least in America, Border Patrol officers who see people drowning in the Rio Grande rescue them before "processing" and deporting them.