This slide is the best thing to come out of the Apple v. Samsung trial

Share All sharing options for: This slide is the best thing to come out of the Apple v. Samsung trial

Apple and Samsung are back in federal court this month arguing their second major patent lawsuit. While most of the arguments and evidence have been exactly the same, there have been some interesting new developments: an internal Steve Jobs email laying out the agenda for his last "Top 100" meeting of Apple's top talent, a scathing email from Phil Schiller blasting Apple's ad agency for not effectively countering Samsung's Super Bowl ad blitz, and... this. 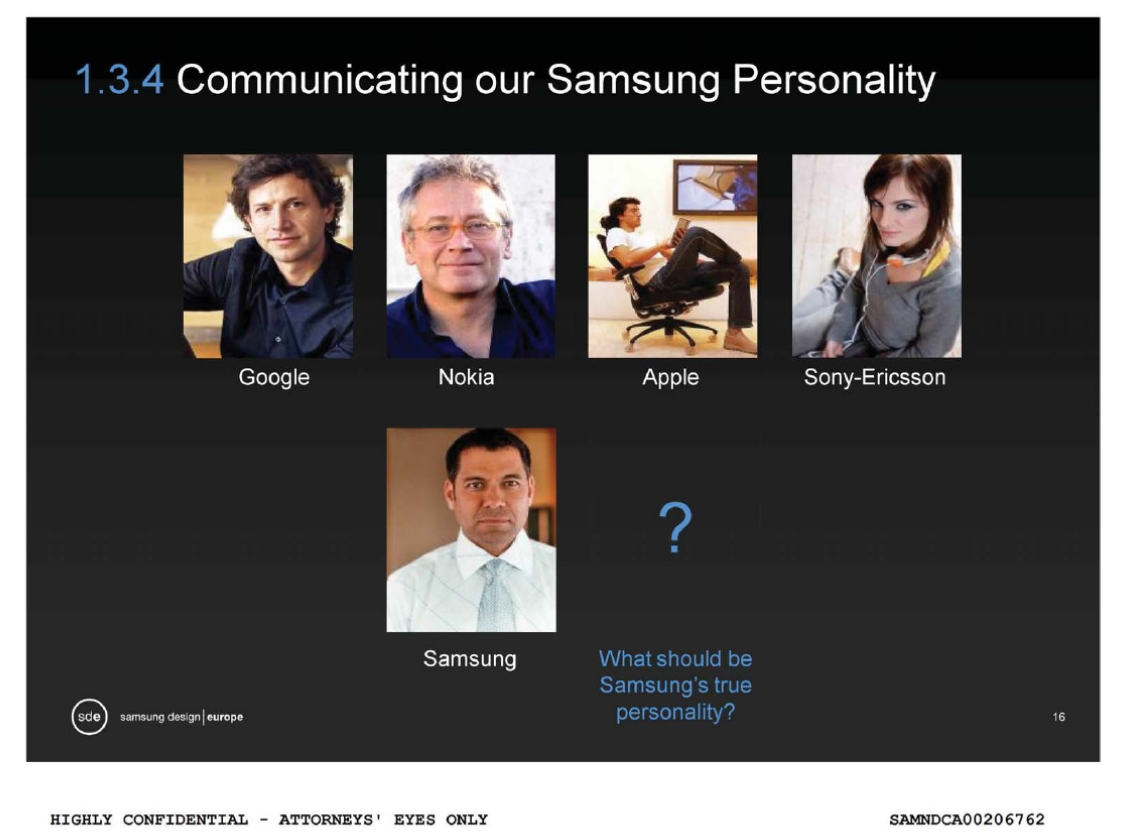 This slide is from a Samsung Europe deck that challenges the company to make its software more "emotional" — Apple's lawyers are using it as evidence that Samsung copied the iPhone's famous slide-to-unlock gesture, which is described in the deck as "fun." But all that pales in comparison to this slide, which offers a glimpse into the dark heart of Samsung's insecurity. What does Samsung think of Apple users? They're kicked back, relaxed, probably about to do a pinch-zoom on a perfectly rolled joint. Sony Ericsson has cast Ellen Page as The Girl With the Dragon Tattoo, while Nokia users are all fun-loving Finnish grandfathers and the Google guy definitely owns a Tesla and can pull off a blazer and shirt without a tie.

And poor Samsung just hates its office job, and desperately wants to remember how to have fun again.