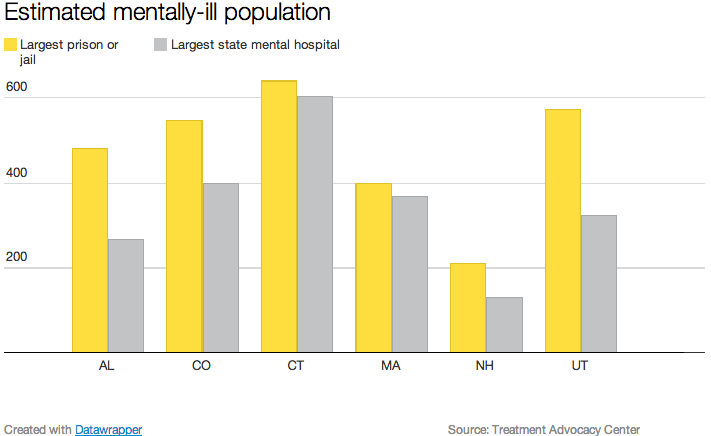 Jails and prisons now house 356,268 inmates with severe mental illness â more than 10 times the number in state hospitals, according to a report published Tuesday by the Treatment Advocacy Center.

In 44 states, the largest prison or jail holds more individuals with serious mental illness than the largest psychiatric hospital. 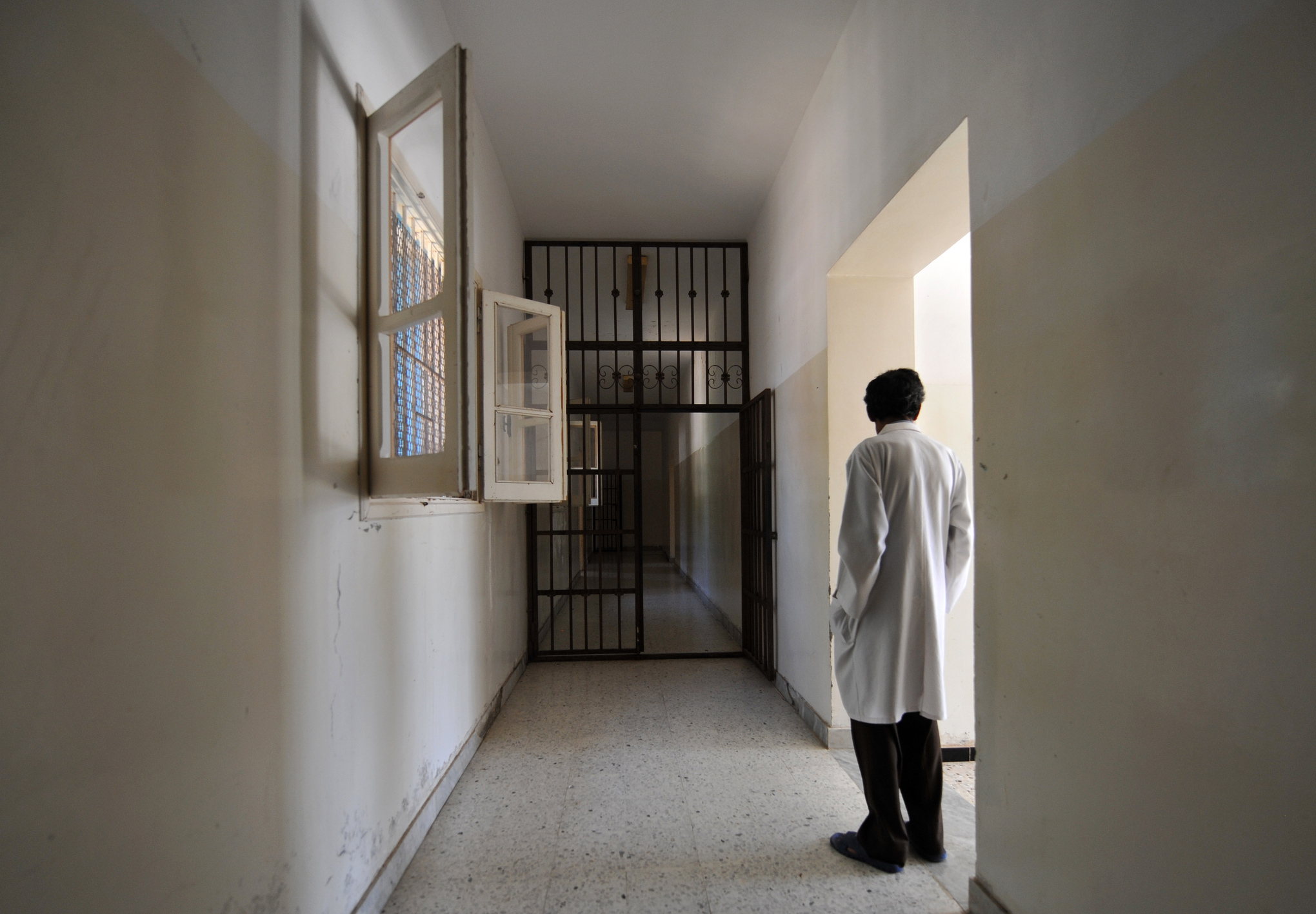 In 1955, public psychiatric hospitals held 558,992 patients. Over the past 60 years, there's been a nationwide movement for deinstitutionalization: moving mental health patients out of long-stay psychiatric facilities and into more community-based treatment centers.

The main goal of deinstitutionalization, which began in the late 1950s, was to get patients out of large, public institutions where they were largely hidden from public view. Instead, the hope was to give mental health patients the treatment they needed to integrate into the community, with a support system that encouraged access to jobs and housing.

The population in state mental hospitals fell to 154,000 in 1980 and, according to the TAC report out today, now hovers around 35,000. At least some states do not have any publicly-funded psychiatric hospitals at all any more. 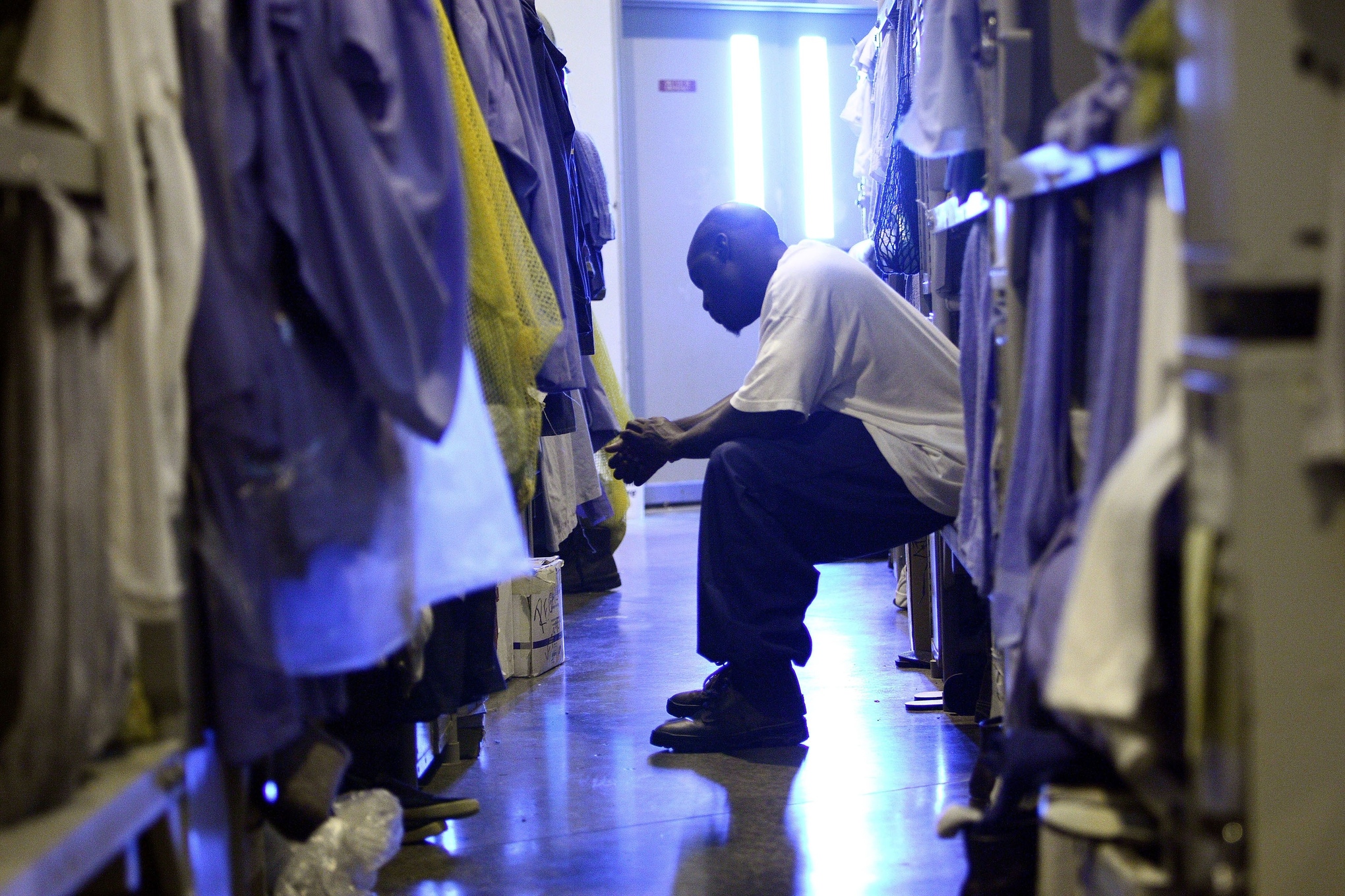 "Looking back, it is possible to see the mistakes, and a primary problem was that mental health policy makers overlooked the difficulty of finding resources to meet the needs of a marginalized group of people living in scattered sites in the community," Chris Koyanagi of the Bazelon Center for Mental Health concluded in his 2007 history of deinstitutionalization.

The Department of Justice estimates that about 15 percent of state prisoners "reported symptoms that met the criteria for a psychotic disorder." Inmates with mental health problems are more likely to be charged with violating the facility's rules, with either physical fighting or verbal assaults. They are also more likely to have a history of substance abuse, be victims of physical or sexual abuse and to have experienced homelessness in the year before their arrest.

The Treatment Advocacy Center's report makes the case that prisons and jails are ill-equipped to provide mental health patients with the treatment they need. Inmates with serious mental health problems tend to have worse outcomes while incarcerated. They cite previous studies showing those with serious mental illness are disproportionately held in solitary confinement and frequently attempt suicide.