This is a growing trend. Small groups have protested the roll-out of smart meters in at least 17 states, and there are at least 30 international support groups for those who believe they suffer health effects from them and other devices. In West Virginia, there's even a small community who've fled to a radiation-free zone to avoid the effects of wifi and cell phones.

Why people are freaking out about wireless devices

The worries are driven by belief that in some people, the invisible waves of electromagnetic radiation emitted by our modern devices can cause all sorts of immediate health effects, like headaches, dizziness, and chest pains. This is most commonly referred to as electromagnetic hypersensitivity.

(By the way, this is distinct from the worry that cell phones can cause long-term problems like cancer — which, according to our best data, is unlikely.)

But here's the thing: no matter how reasonable the idea might seem, scientists have tested it for decades, and have found no evidence that the radiation produced by cell phones, wifi, or smart meters actually makes people sick.

"The question is relatively easy to address with experiments," says James Rubin, a psychologist who's tested the idea, "and the evidence says that EMF [electromagnetic frequencies] don't cause symptoms." 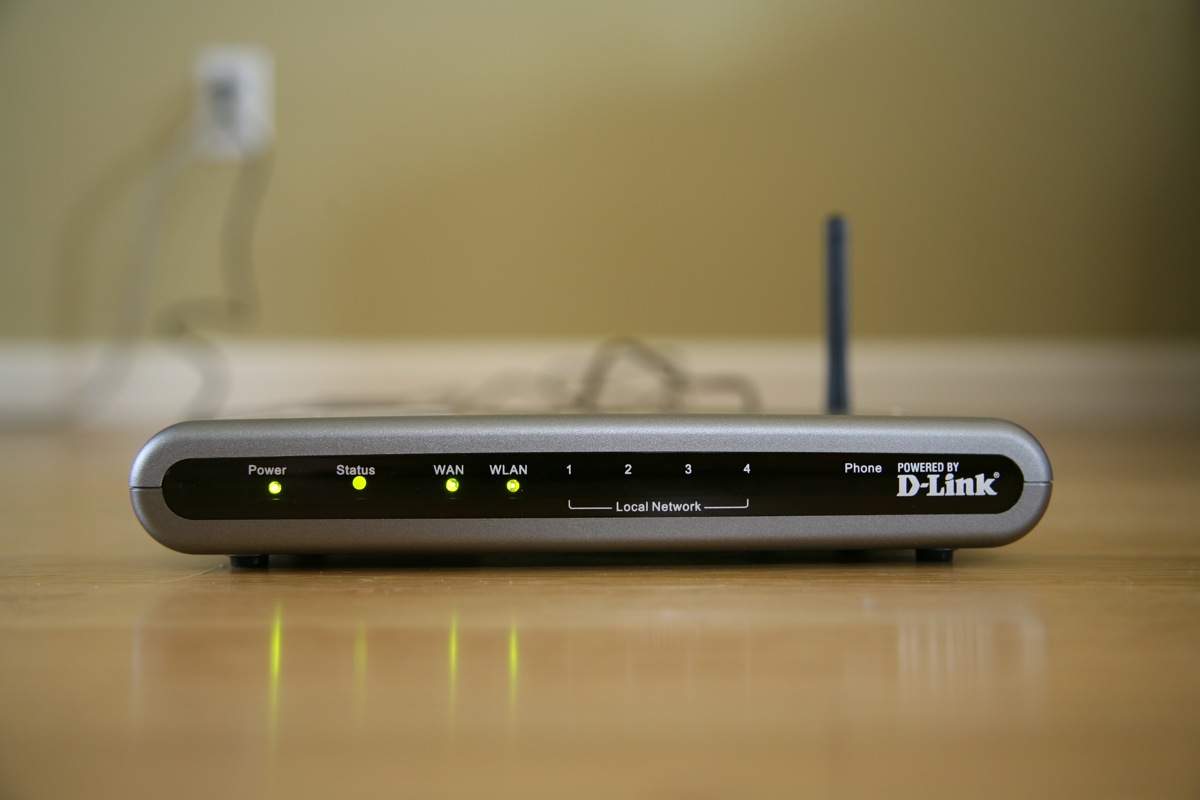 The most common way of testing whether electromagnetic signals cause health problems is pretty straightforward: Researchers put a purported sufferer in a room and secretly turn on and off a device that generates an electromagnetic field (say, a cell phone). The participant is then asked to identify when the symptoms surface. If the participant is correct more often then chance would dictate, that could suggest a link between the radiation and immediate health effects.

THE MOST COMMON WAY OF TESTING IS STRAIGHTFORWARD: PUT SOMEONE IN A ROOM, TURN A DEVICE ON AND OFF, AND ASK HIM OR HER TO IDENTIFY WHEN THE SYMPTOMS SURFACE.

The dozens of these studies that have been conducted have uncovered zero people who can report symptoms reliably over time. The most thorough review, conducted by Rubin — which looked at a total of 1175 participants in 46 different studies — found that the only studies that featured people who could determine the presence of radiation at rates better than chance featured severe methodological flaws, such as unblinding (meaning that the participants were able to figure out when the devices were actually turned on).

Many of those who believe in the dangers of cell phones and wifi have criticized these types of experiments, saying that different people respond to different frequencies of radiation. Critics also argue that contamination — signals coming from nearby cell towers and wifi networks, for instance — can ruin the integrity of the experiments. But hundreds of people have been tested with dozens of different frequencies of radiation, turning up no reliable evidence.

Physics also explains why these devices are safe

Electromagnetic radiation comes in a wide variety of frequencies — things like microwaves, radio waves, visible light waves, and X-rays are all forms of it. But physicists have figured out that this radiation can basically be separated into two flavors: ionizing radiation and non-ionizing radiation.

Ionizing radiation (a category that includes X-rays and the radiation that's emitted by nuclear fallout) is capable of breaking bonds, so it can rip electrons off the atoms that make up our bodies. Strong enough doses of this sort of radiation can cause nausea, dizziness, weakness, and other symptoms within minutes.

Non-ionizing radiation, on the other hand, simply isn't energetic enough to do this — and the radio waves emitted by our wireless devices fall firmly into this category. 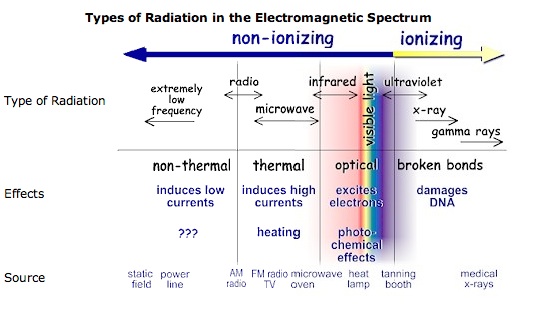 Yes, at extremely high intensities, non-ionizing radiation can burn biological tissue, which is why the government puts limits on the amount that's allowed to be emitted by cell phones, wifi routers, cellular towers and other sources. These limits, though, are set well below the levels that would be necessary to burn a person, and the symptoms reported by people who believe in the dangers of wireless radiation go way beyond burning.

So what's causing these symptoms?

Most researchers don't believe that people who think they're getting sick from cell phones or wifi are lying. The more likely explanation is that these symptoms are a result of the "nocebo effect" — the strange phenomenon in which the mind's expectation of negative symptoms can cause them to actually occur. It's the same way a placebo can cause healing simply by prompting a person to believe they're going to get better.

THE MOST LIKELY EXPLANATION IS THAT THESE SYMPTOMS ARE A RESULT OF THE "NOCEBO EFFECT."

The nocebo effect has been consistently demonstrated across dozens of rigorously controlled studies. A scientist suggesting that a sugar pill could cause detrimental side-effects has led to everything from nausea to back pain to erectile dysfunction.

If the nocebo effect is to blame for the symptoms seemingly triggered by cell phones and wifi, it would explain both phases of the clinical studies. In the initial control phase — when participants know whether a device is actually turned on — they almost always report feeling sick when it is, and feeling fine when it's not. But in the second, experimental phase, when participants are blinded to the status of the device, there's no correlation between electromagnetic radiation and feeling sick. This, Rubin says, "is a very elegant demonstration that knowing the field is present has a strong effect on someone's symptoms."

Although this probably isn't the explanation most people who believe they suffer from wireless radiation want to hear, it's certainly not the worst case scenario. Noting that someone experiences the nocebo effect isn't at all the same thing as saying he or she is "crazy." In fact, it's much more accurate to say the person suffers from something even more exotic than wireless technologies: the complex, unpredictable, normally functioning human brain.