The University of Connecticut Huskies made a triumphant return to the NCAA tournament this year — winning the national championship Monday night — after the school was barred from competition in 2013 for poor academic performance.

But UConn's graduation rate for male basketball players is still the worst of any team in the 2014 tournament.

UConn graduates 8 percent of its players, according to the most recent NCAA statistics. To put it another way: of the 12 players who started as freshmen eight years ago, exactly one managed to finish a college degree or leave UConn in good academic standing.

UConn's terrible graduation rate is an outlier for the tournament 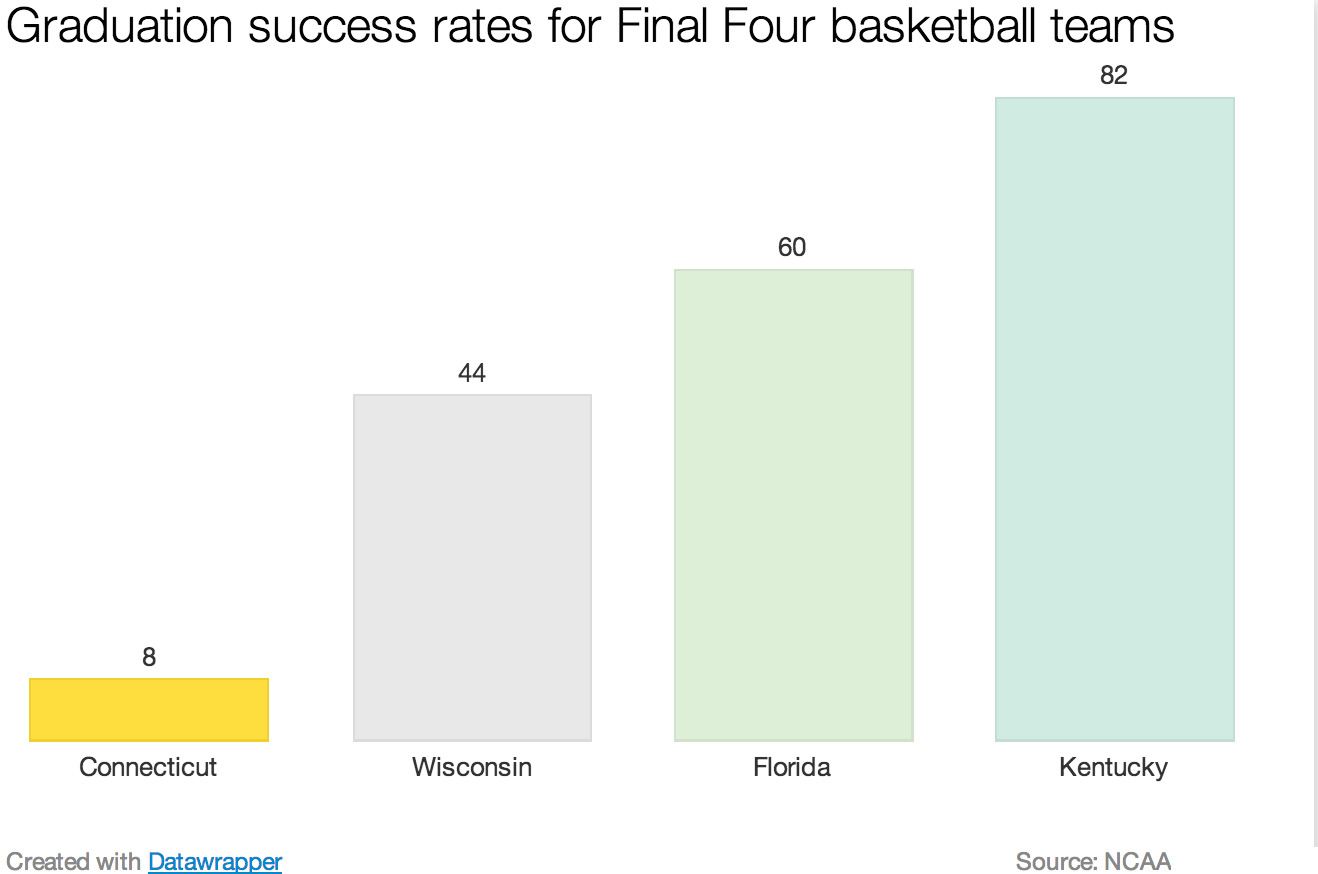 Last year, UConn was barred from the NCAA tournament due to poor academic performance.

Student-athletes — and their academic achievement, or lack thereof — are unique in higher education. Colleges don't face penalties if the 19 million students who aren't student-athletes don't make progress, or if they don't graduate. Students who get federal financial aid have to make "satisfactory academic progress." But if they don't, it's their financial aid on the line — not the university's entry into a major event.

Student-athletes are different: colleges are more responsible for their classroom success than for any other students they enroll. If they don't meet NCAA standards, colleges risk losing scholarships or a spot in the postseason. That's what happened to UConn last year (the team was also hit with sanctions due to recruiting violations). 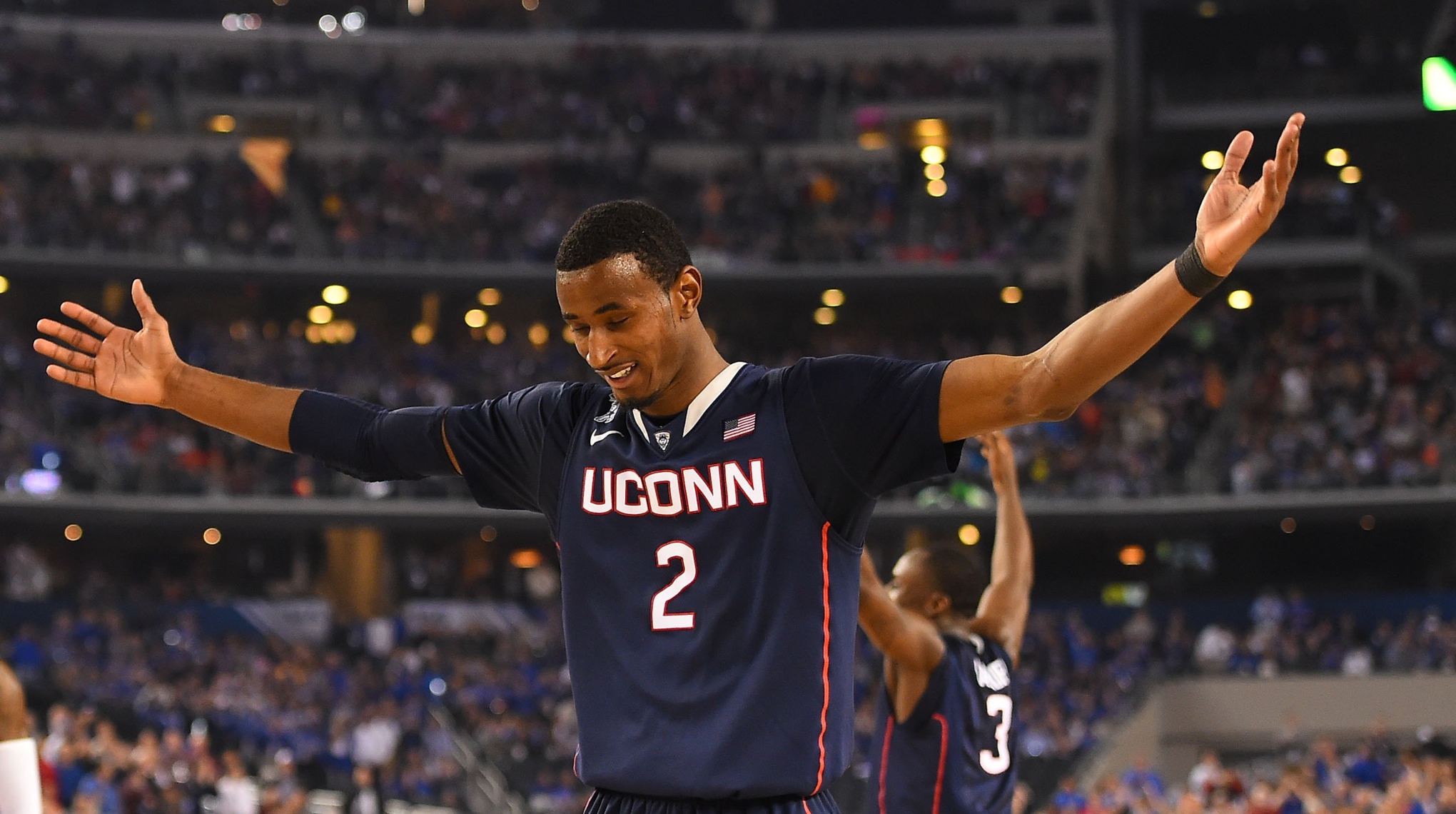 Why won't UConn be punished for its 8 percent graduation rate?

The NCAA doesn't actually punish colleges based on graduation rates, but uses a different metric called the "academic progress rate." That's meant to measure whether students are making progress. And UConn has dramatically improved how its current male basketball players perform academically; the 8 percent rate is for athletes who started at UConn between 2003 and 2006. If the academic progress rate trends hold, the graduation rate should be on the rise soon.

The academic progress rate gives students a point for being in good academic standing and an additional point for not dropping out. And by that standard, UConn's new crop of players is doing fine — the university said it submitted a perfect score for the most recent academic year and has taken big strides over the past few years.

The graduation success rate, by contrast, is a historical measurement that looks at how many players graduate within six years of starting college. The only way to find out if a class graduates within six years is to wait six years.

The NCAA's graduation success rate is calculated a little differently than the federal government's college graduation rate. The biggest difference is that athletes who leave to go pro, or who transfer to another college, aren't considered dropouts unless they weren't on track to graduate anyway. That doesn't happen in the federal calculations.

Academic progress rates measure if athletes are likely to graduate. So, with that measure on the rise, there's reason to expect UConn won't be in the graduation rate cellar for long.