The number of uninsured Americans plummeted to the lowest rate since 2008 after the launch of Obamacare's marketplaces, according to a Gallup survey released Monday. 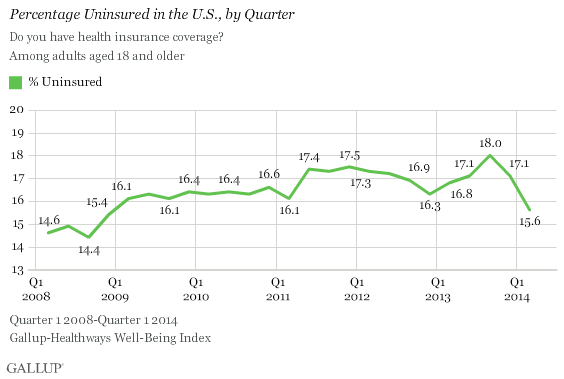 The drop applied to all age groups as well. 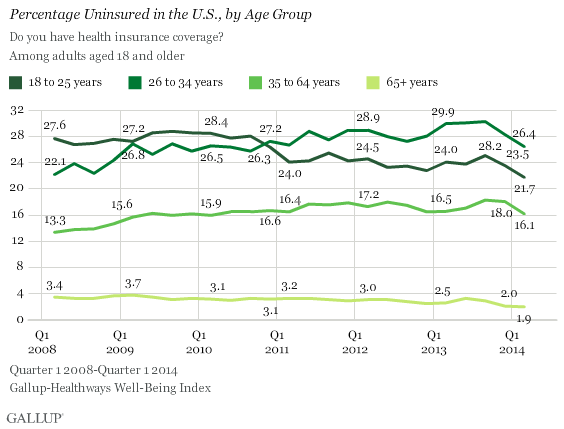