The decline of marriage, in four charts

Share All sharing options for: The decline of marriage, in four charts

Marriage is on the decline in the United States.

Millennials will be much less likely to marry by the time they turn 40 than any previous US generation, according to a new analysis of Census data from the Urban Institute. And this isn't exclusive to millennials; the downward trend started generations ago. 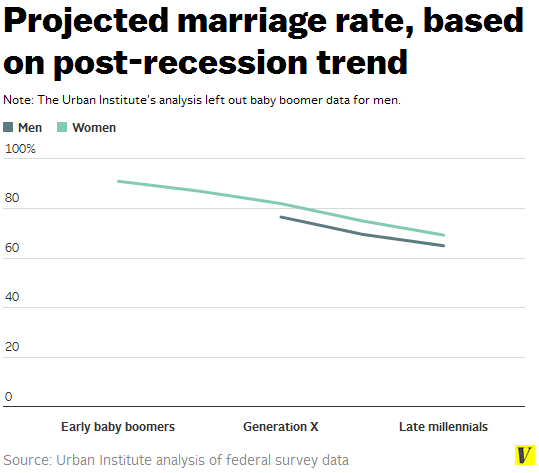 Part of the trend could be explained by the Great Recession. Perhaps the economic shock forced millennials to reconsider any marriage plans and instead focus on other issues.

But when the Urban Institute projected marriage rates based on pre-recession trends, marriage continued its decline. 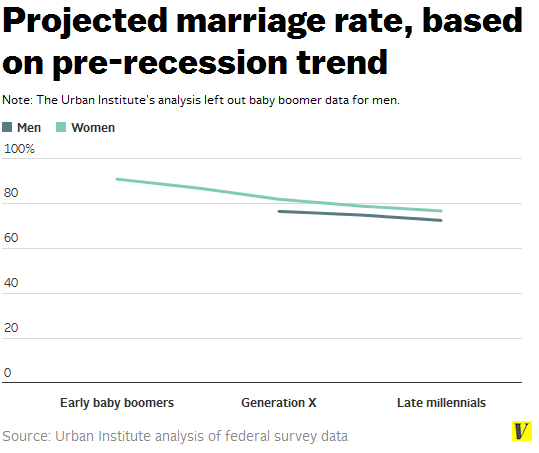 Declining rates vary among different demographics. Millennials with a college education, for example, show little decreased interest in marriage, while those with less education face a steep decline. 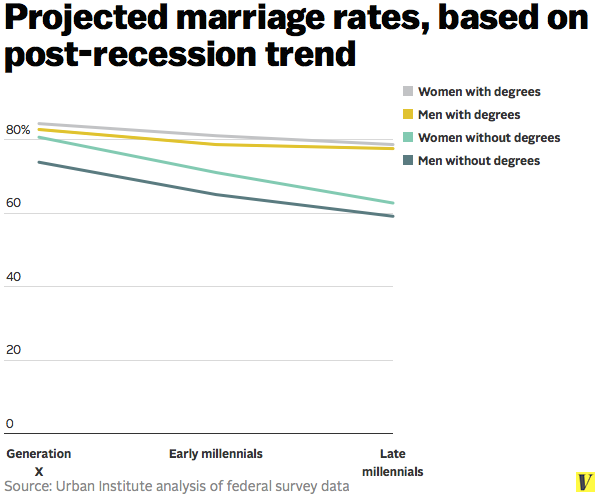 The Urban Institute's report doesn't speculate about why the marriage rate is falling. But a previous report from the Pew Research Center suggested unmarried millennials would like to marry, but they don't possess what they consider a prerequisite to marriage: a solid economic foundation. An even earlier Pew report suggested the dropping marriage rate could also reflect a rising population of college graduates who are more likely to marry later in life. 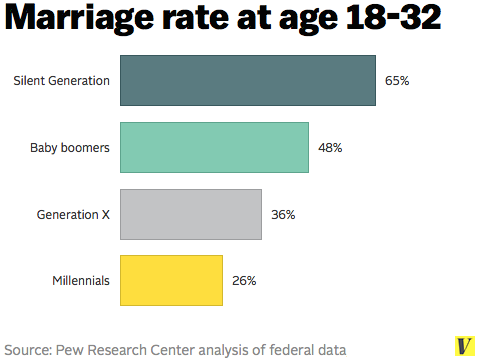 Whatever the reason, the Urban Institute's report notes that the marriage trend could require policy changes. Lawmakers might have to, for instance, reconsider tax and program structures that reward married couples more than singles, especially if the gap between the mostly married wealthy and increasingly unmarried poor continues to grow.