Share All sharing options for: The government could make it harder to talk to your doctor on the phone

Fifty-nine million Americans live in parts of the country where there aren't enough doctors to see them. These hard-to-reach, often rural, commonly poor corners of the country increasingly rely on telemedicine: electronic consultations with doctors that could be thousands of miles away.

What technology should patients and doctors use to communicate?As a result, telemedicine is in the midst of a boom: Research and Markets estimated the telemedicine industry will grow by 18.5 percent annually between 2012 and 2018.

But that rise has forced medical regulators to consider a thorny question: what technology should patients and doctors use to communicate? Is a phone call enough, or would face-to-face video conferencing work better?

Telephones are still more common in American homes than the internet

While there are still some disparities in who does and doesn't have internet access, there is one technology that has been ubiquitous to American households for decades: the phone. 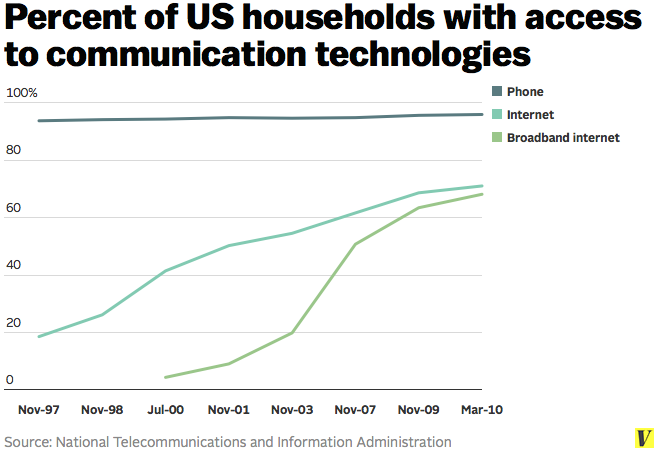 But this digital divide doesn't affect everyone. Data from the Pew Research Center shows that lower-income families are much more likely to go without the internet. 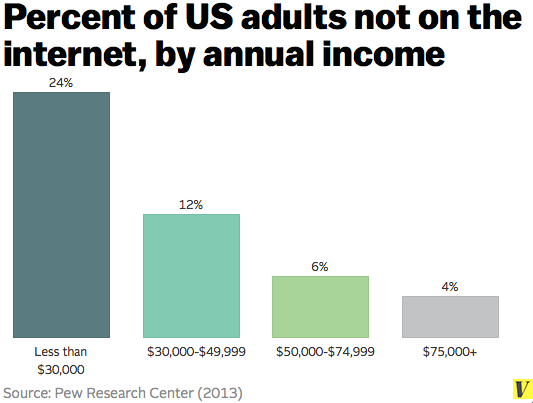 The disparity is why some doctor groups have advocated for the telephone as an acceptable platform to see patients, especially those at lower income levels.

"Sure, the majority of the population has access to" modern technologies, says Deborah Mulligan, chief medical officer for telemedicine provider MD Live. "But there's also a large percentage … who don't have access from their homes, in particular to internet."

among the  sessions handled by Teladoc, 98-99 percent were done by phone

A recent study from RAND Corporation researchers analyzed early reports from the California Public Employees' Retirement System and found telemedicine services do appear to connect patients with providers that would otherwise be out of reach. And among the analyzed sessions handled by telemedicine company Teladoc, 98-99 percent were conducted by phone. (Patients could choose phone or video.)

Lori Uscher-Pines, one of the researchers involved in the study, relayed a few possible explanations based on her correspondences with telemedicine providers.

"Patients may like the anonymity of phone when dealing with a stranger (note that they are not paired up with a provider that they know)," Uscher-Pines wrote in an email, "or they may not like to use their webcam/don’t know how, or they may not have the technology."

But the new regulations leave out phones

The dispute between the federation and advocates falls to two sentences in the 11-page policy for telemedicine.

"Generally, telemedicine is not an audio-only, telephone conversation, e-mail/instant messaging conversation, or fax," the policy document states in its definition for telemedicine. "It typically involves the application of secure videoconferencing."

Advocacy groups worry the policy could be interpreted to stop physicians from using the phone to treat and diagnose their patients.

Humayun Chaudhry, the federation's chief executive, argues a ban on phones was never the intent of the recommendations. The policy, instead, is supposed to establish uniform guidelines for the practice of telemedicine.

"A lot of the things in this document are 'should' sort of statements rather than 'must,'" he says. "It's not designed to be exclusionary. It is designed to provide a context."

Still, that context, as stated in the two controversial sentences, singles out and excludes phone calls from the telemedicine definition.

Whether the policy is interpreted as the federation intends or advocates fear is ultimately up to the states. The federation's recommendations must get approval from a majority of its members, meaning state medical boards. But state legislatures and medical boards can reinterpret, modify, or abandon the recommendations altogether once it's time to set policy at the state level.