What happens to low-income students on the way to college?

Share All sharing options for: What happens to low-income students on the way to college?

Every year, tens of thousands of disadvantaged students start high school with high eighth-grade test scores. These students seem like prime candidates to attend a selective college, get a four-year degree, and do better than their parents later in life.

Yet by the end of high school, they've slipped far behind their wealthier classmates. Many never end up going to college at all, and just 16 percent end up at highly selective colleges.

A new study of those students lets us see exactly what happens to them along the way.

From the start, they're outnumbered at the top of the class 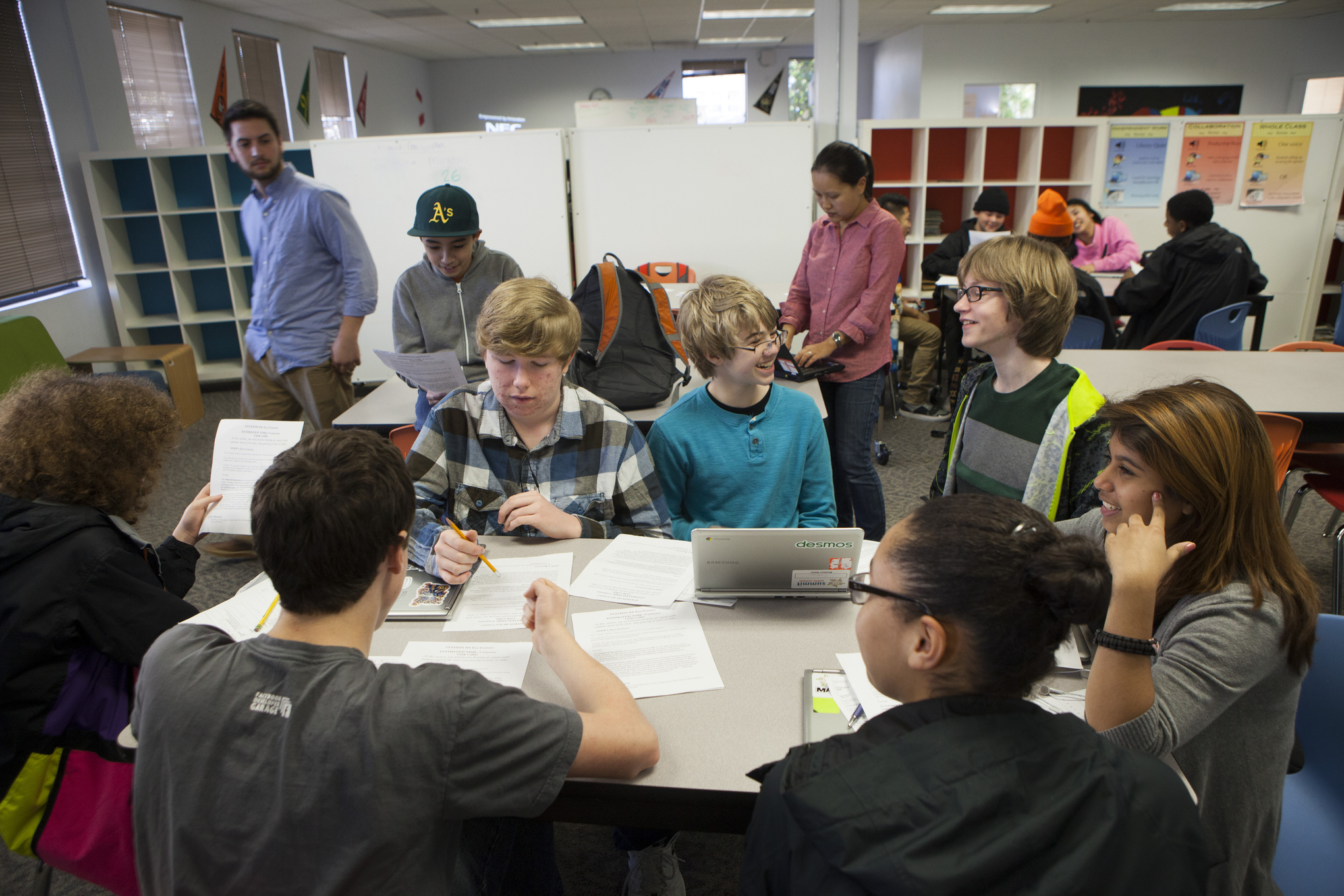 More than 650,000 eighth graders scored in the top quarter nationally on standardized math and reading tests, researchers from the Education Trust found. Only about 10 percent were from families with the lowest socioeconomic status, a measure of income, occupation and education. Those students' parents didn't go to college and are either unemployed or among the working poor. In other words, they're kids who were already beating significant odds to succeed academically.

By comparison, kids from high-status families — those with higher incomes, white-collar jobs, and college-educated parents — made up almost half of all the high achievers.

The study uses data from the Educational Longitudinal Study of 2002, a nationally representative survey of high school sophomores in both public and private schools. Education Department researchers tracked thousands of students through high school and into college and the labor market, looking at what classes they took, how they scored on standardized tests, where they attended college, and whether they graduated.

As the high-achieving eighth-grade students headed into high school, the disadvantaged kids began to fall behind their wealthier peers.

Their high schools don't offer as many advantages 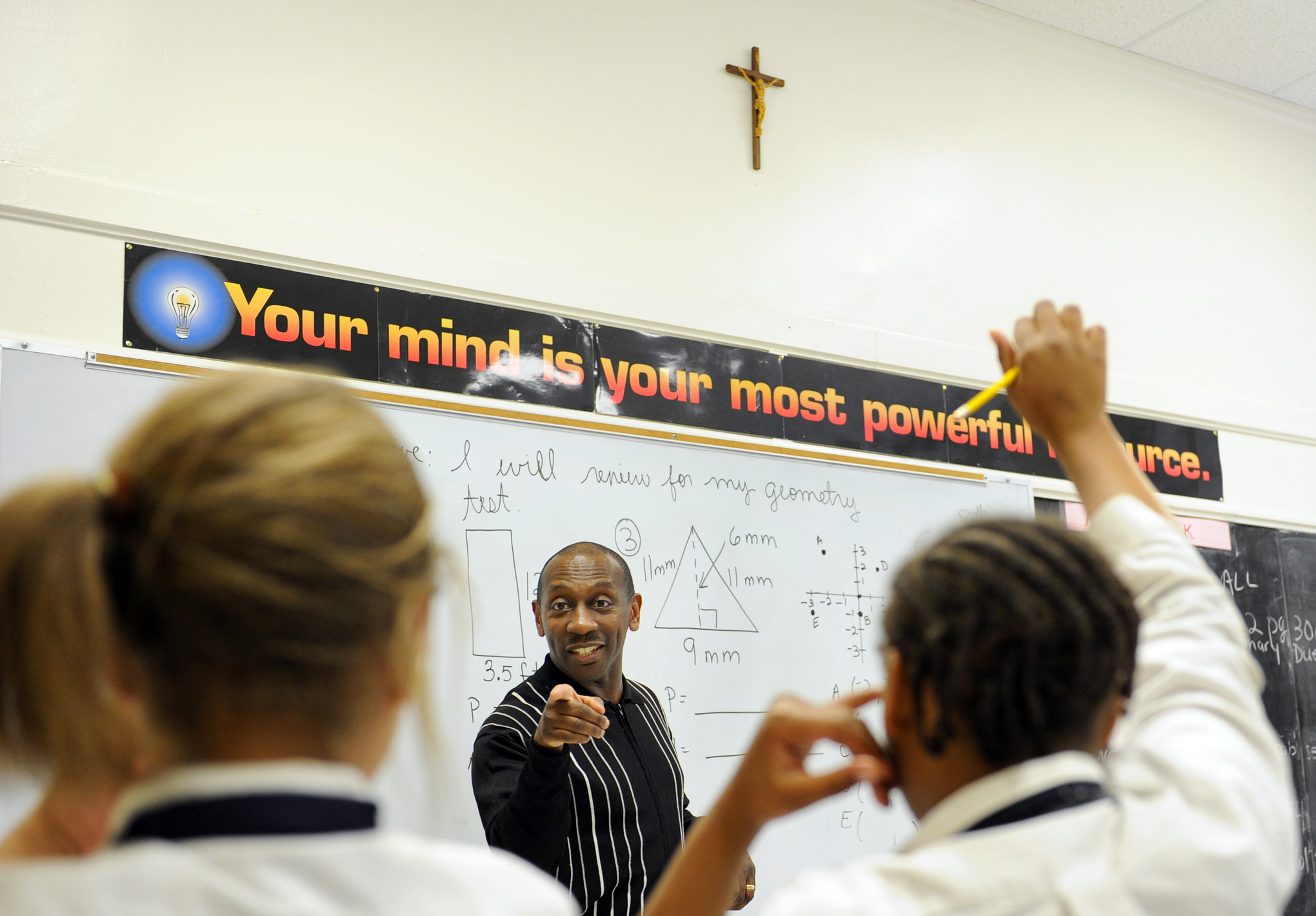 When most people think of disadvantaged students, they think of troubled urban school districts and crowded high schools. But almost one-third of the low-status students studied went to school in rural areas. They were less likely to have access to advanced coursework: about 80 percent of disadvantaged students attended high schools that offered calculus, for example, compared to 92 percent of high-status students.

They're less likely to take advanced courses if they're offered 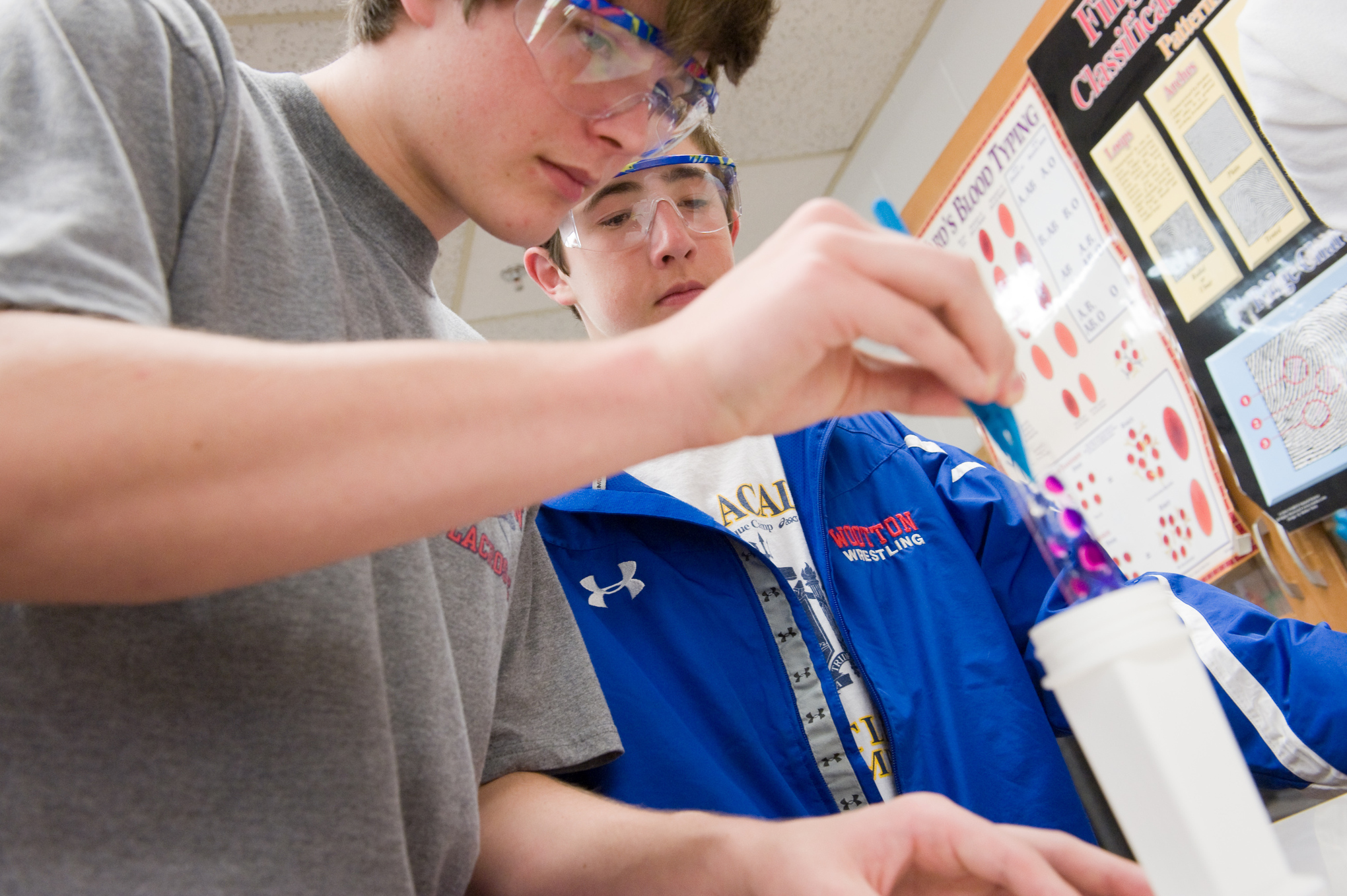 Even when advanced courses were available, disadvantaged students were less likely to take them. Only about 50 percent of disadvantaged students with high eighth-grade test scores took an Advanced Placement course in high school, compared to 70 percent of students from well-off backgrounds with similar scores. Just 36 percent took calculus when it was offered, compared to 45 percent in the wealthier group.

This might be because high-status students tend to have college-educated parents, who understand it's important to take a challenging class even at the risk of a lower grade.

If they take AP classes, they pass fewer AP tests 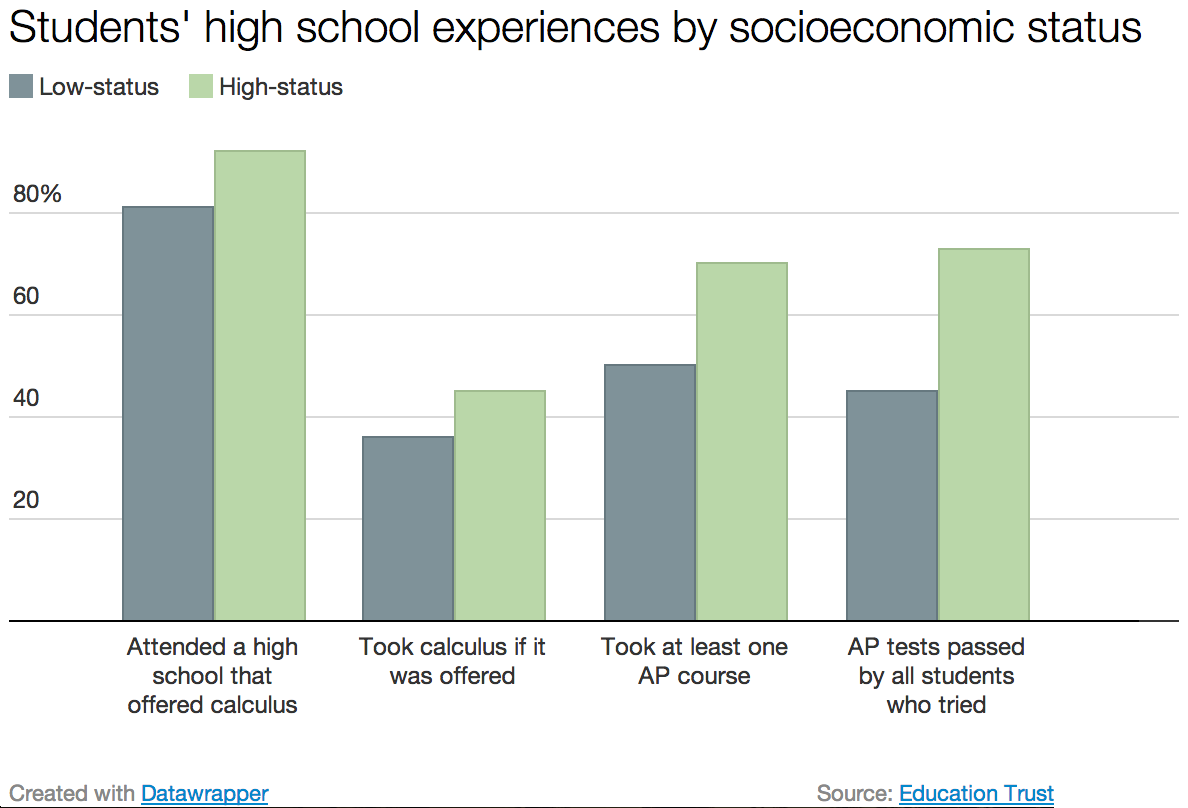 When advanced courses are available, and students take them, they're less likely to pass the standardized Advanced Placement tests at the end of the year. High-achieving students from the low-status group had a 45 percent passing rate on AP exams, compared to 73 percent for students from the upper middle class. Since the two groups had roughly equal academic ability at the start of high school, this could indicate a problem with student support systems, classroom environments, or teaching quality, researchers said.

Skipping those steps leads to a weaker college application 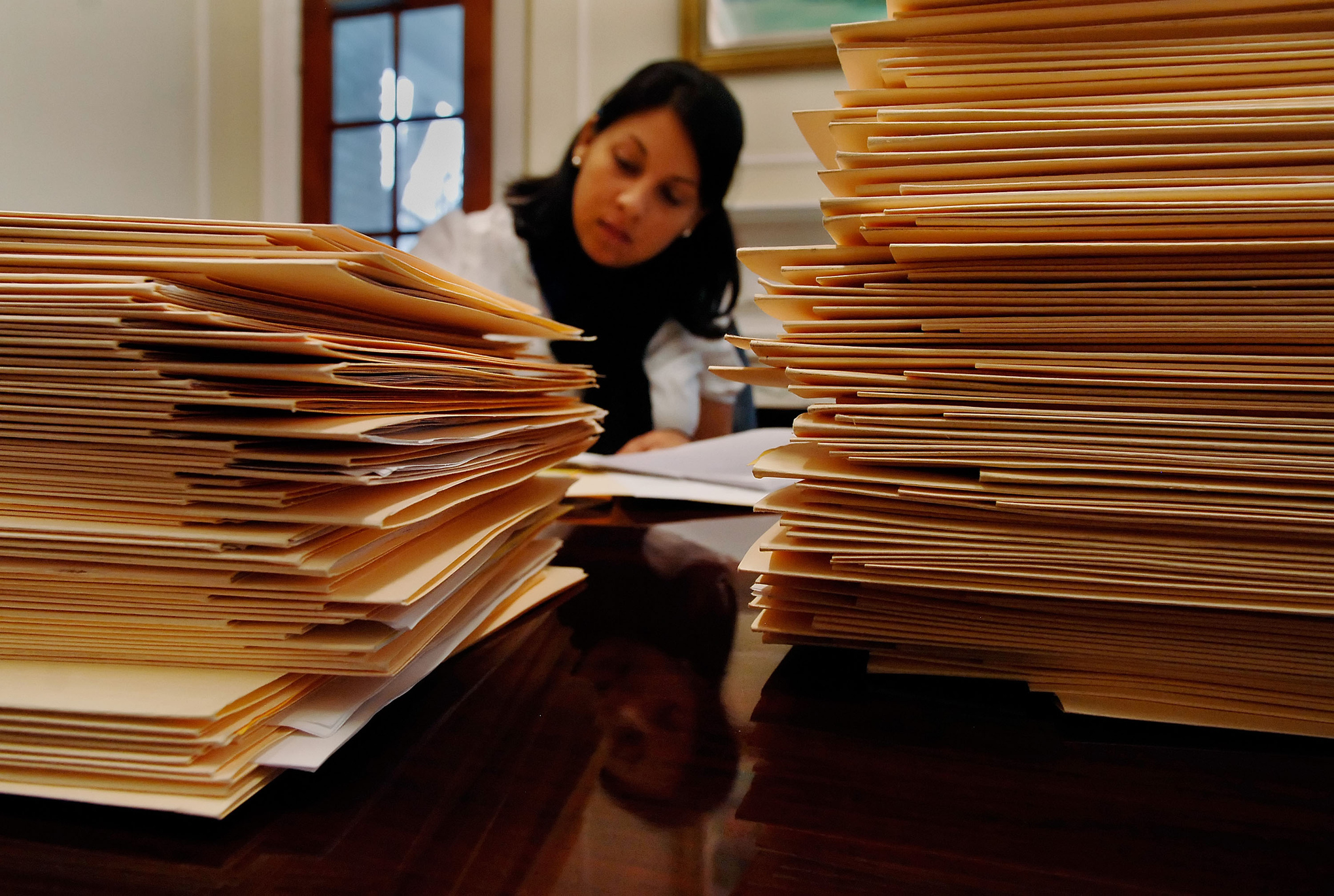 Upper-middle-class kids know the route to college admissions: challenging courses, good grades, a good score on the SAT or ACT. And sure enough, most glided along that path, while their disadvantaged peers hit potholes.

A college doesn't need a single-digit acceptance rate to qualify as "highly selective"; researchers defined it as any college where 75 percent of students score above the national average on the ACT. That includes more than 200 colleges, both public and private.

Disadvantaged students with high eighth-grade test scores still finished high school with around a B average (their wealthier peers ended up with a B+). If they took the SAT, most scored above the national average. Their transcripts might not have been as impressive, but on the whole, they were still selective college material.

...And some students just don't take the SAT. 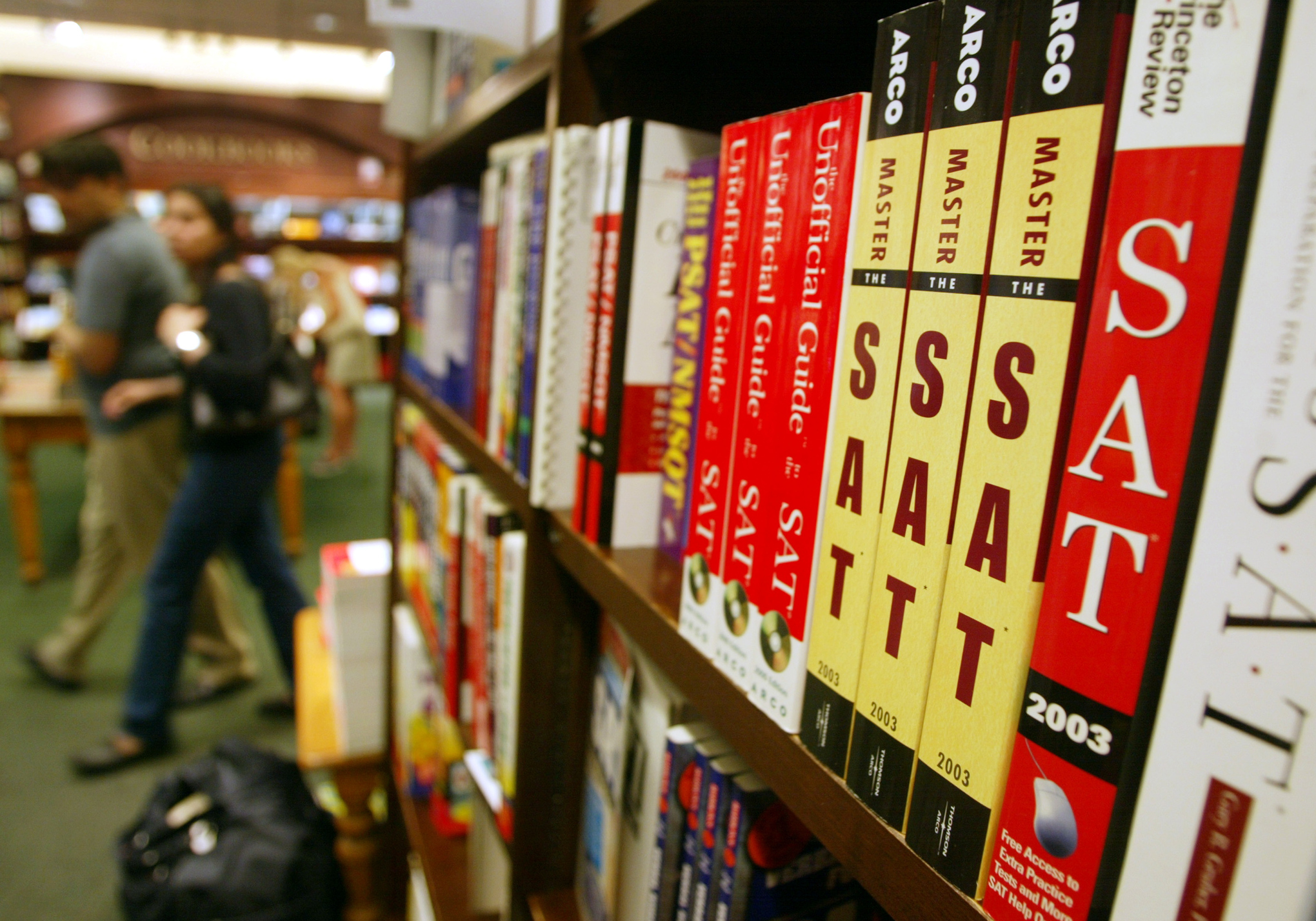 "These are the kids who say they want to go to college," said Christina Theokas, the director of research at Education Trust. "They don't necessarily know the things they need to do in high school to get there."

Even if they do everything else right, they're less likely to apply to highly selective colleges

In a different study, two economists looked at low-income students who did take the SAT, and who scored in the top 10 percent nationally. They discovered that these students still were likely not to apply to any selective colleges at all. Others followed a pattern no guidance counselor would recommend: one application to a nonselective local college, one application to Harvard, and nothing in between.

Many of these students didn't go to high schools where selective colleges recruit. And they often weren't aware that financial aid was available to help afford the higher price tag. The researchers concluded low-income, high-ability students need much more information in order to catch up with wealthier students in college admissions.

So they go to college at much lower rates 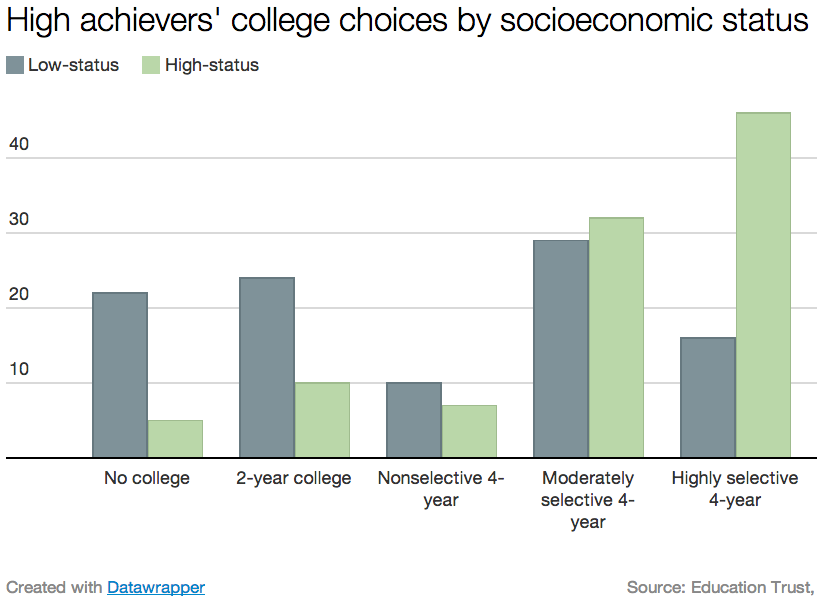 In the end, 22 percent of disadvantaged students with high eighth-grade test scores didn't go to college at all. Only 16 percent attended "highly selective" colleges. The rest landed at colleges somewhere in the middle, either community colleges or four-year colleges with lower admissions standards or none at all.

Among the upper-middle-class students, nearly half attended highly selective colleges, and virtually all went to a four-year college. Just 5 percent didn't go to college at all.

They attend colleges where they're less likely to graduate 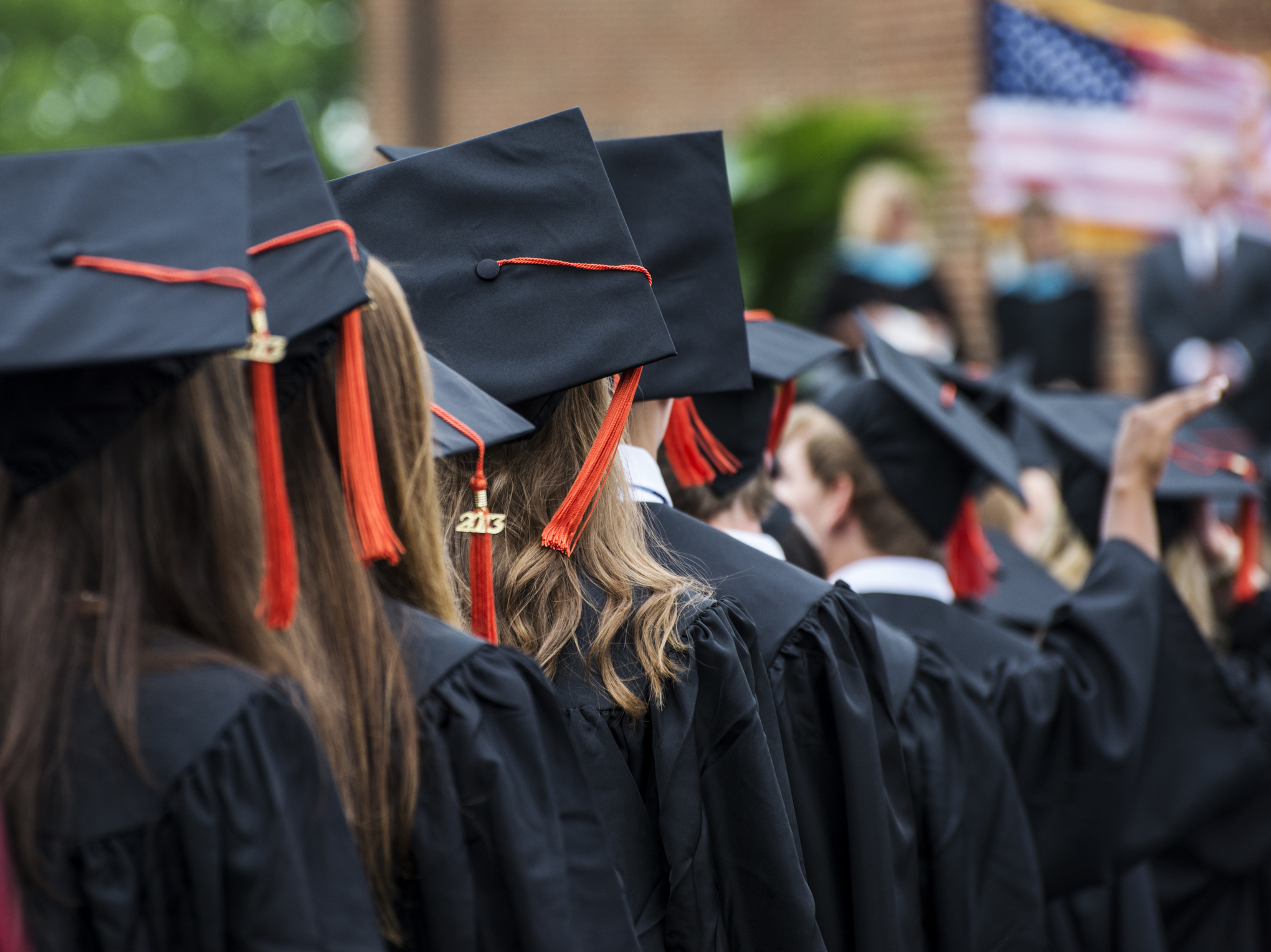 There are reasons low-income students avoid selective colleges. Some are worried that they can't afford the high tuition prices, unaware that many colleges offer financial aid, and reluctant to take out student loans. Some students have to work to support their families, which is hard to reconcile with full-time attendance at a selective college. And college can also be both a culture shock and a financial strain for students from communities where most people don't pursue higher education.

But students at highly selective colleges have a much better chance than students at community colleges or nonselective four-year colleges of actually earning a college degree. 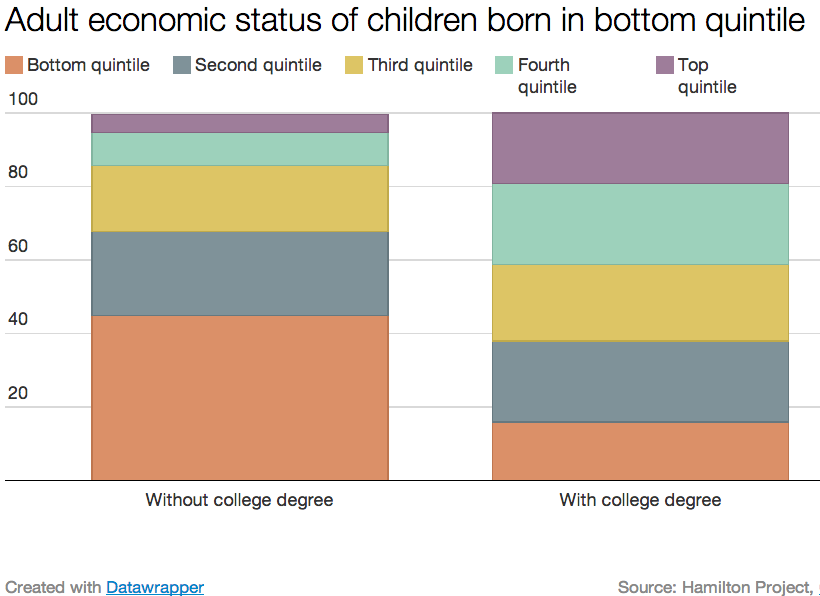 That's why policymakers and even President Obama are trying to get more talented, disadvantaged students into selective colleges.

The SAT is now sending out application fee waivers to low-income students who take the test, nudging them to apply to at least four colleges. More than 100 college presidents have promised to take at least incremental steps to recruit and support more low-income students, who are outnumbered on their campuses.

But the poor students with potential who don't take the SAT and don't apply to selective colleges are still effectively invisible. There are thousands of kids these interventions will miss.