The top 1 percent is very white

Share All sharing options for: The top 1 percent is very white

Lisa Keister has a new paper in the Annual Review of Sociology that looks at who the top one percent are, exactly. And even if you can't get access to the journal article, you can see the key table thanks to Keister's colleague Kieran Healy on Twitter: 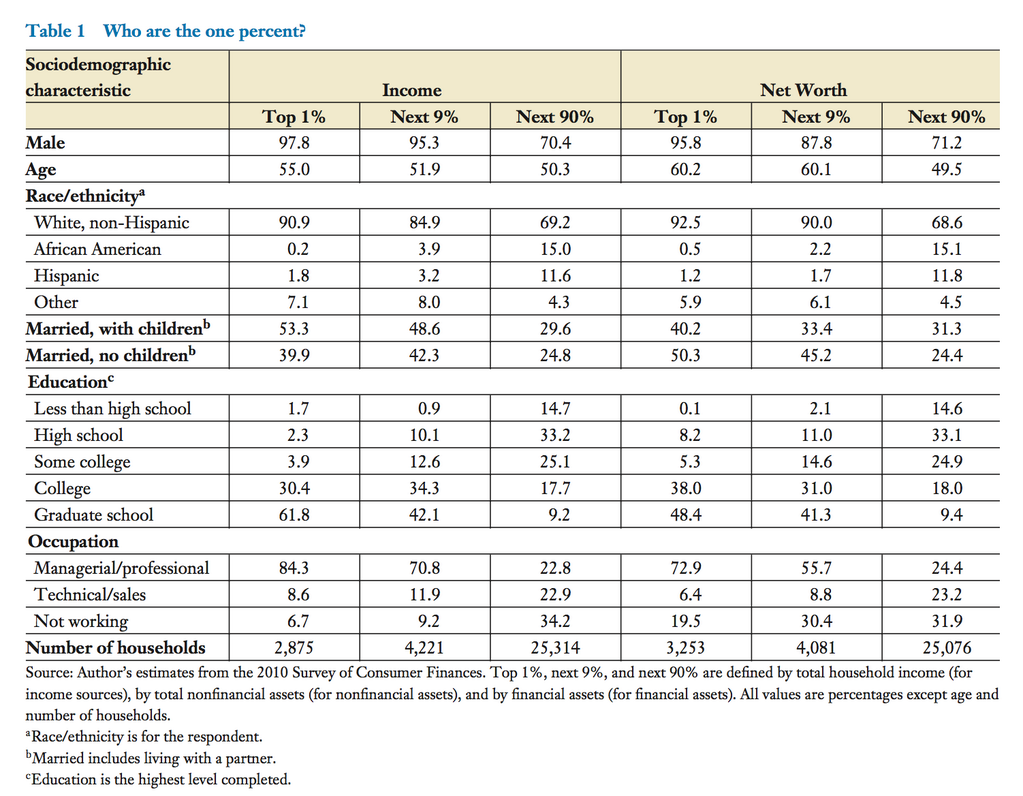 It's not exactly shocking that the top one percent are much whiter than America as a whole, but it is worth noting. The overwhelming maleness of the top 1 percent is also interesting in a world where some people are proclaiming that the economy is working great for women. But the same survey also shows that 70 percent of the "next 90 percent" are male. This appears to be an artifact of Survey of Consumer Finances methodology, which appears to code mixed-gender married couples as male.

Correction: This piece — and its headline — originally emphasized the gender skew of the top 1 percent without noting the overall gender skew or the methodological issues that gave rise to it. The headline has been changed and the text corrected.