This WWI propaganda poster has surprisingly good advice about your diet

Share All sharing options for: This WWI propaganda poster has surprisingly good advice about your diet

I'm seeing a fair amount of enthusiasm on Crunchy Twitter for this 1917 poster from the United States Food Administration that serves as a welcome antidote to the conflicting and often politics-driven advice of the modern federal government:

The U.S. Food Administration had it right in 1917. pic.twitter.com/P0kgDiT0fy

This appears to be authentic text but a possibly fake design of the poster. A reworking, perhaps, of this: 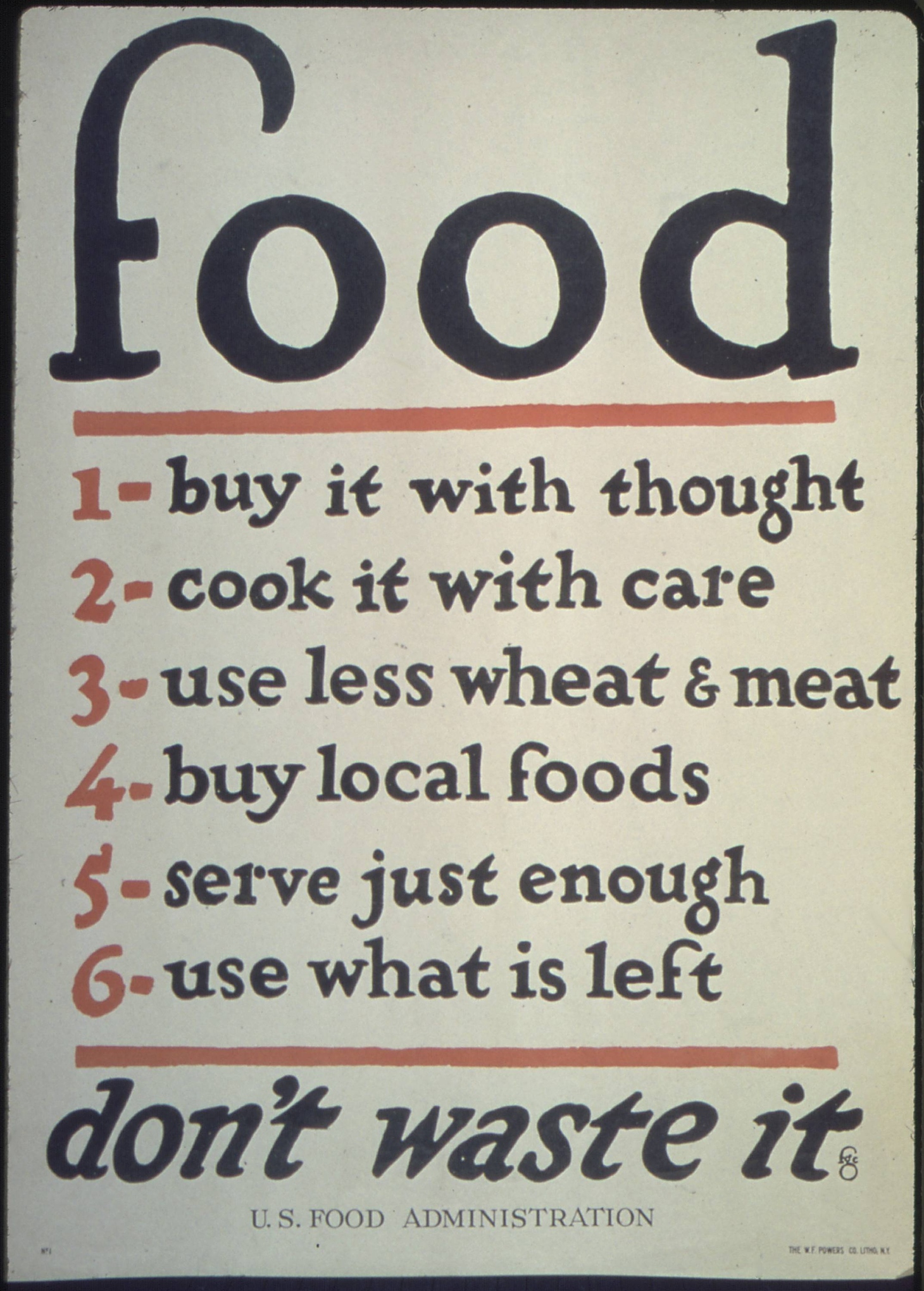 It's worth saying that the Food Administration was not a public health agency. It was a quasi-rationing body charged with administering the American food supply during World War One. Food was a major warmaking tool during the war, and ultimately the Allies' ability to grow and transport more food than the Central Powers was an important driver of the outcome.

The goal of this propaganda drive was to maximize the availability of food available to ship to France and England and really had nothing to do with the values that modern-day proponents of whole grains, local eating, and meatless or meat-light eating are trying to promote.