Share All sharing options for: Our vacant homes aren't where people need houses

Last week I argued that zoning regulations are holding back a potential construction boom, that would both create jobs and reduce housing affordability problems. One key challenge to that view comes from the housing vacancy rate which, according to Census data, remains stubbornly high. And yet, as Jed Kolko of the housing site Trulia.com observes, the volume of inventory on the market is strikingly low despite the large number of vacant houses: 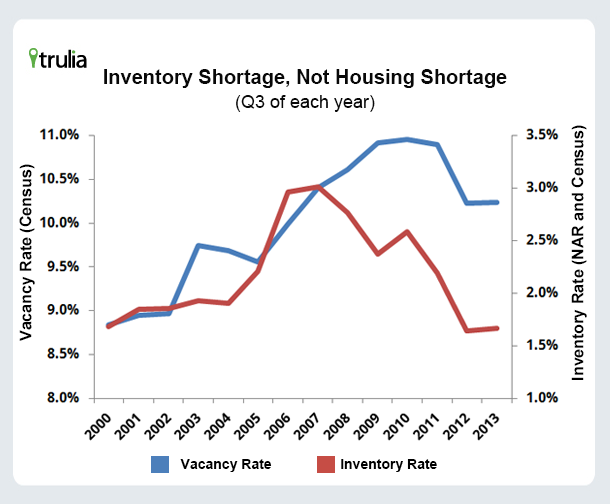 Why so much inventory is held off the market is hard to say definitively. One reasonable theory is that banks who've foreclosed on homes prefer to keep these houses vacant and preserve their paper value as assets than to sell the houses at current market rates and acknowledge the extent of their financial losses.

But that only pushes the puzzle one step further back. If rents are rising nationwide, then why aren't these empty houses increasing in value and being brought back to the market? The problem is that the vacancies are in the wrong places. People can't move into vacant homes in Florida, Detroit, and Las Vegas and commute to jobs in Silicon Valley, Manhattan, or Washington DC. Conversely, check out the ten lowest vacancy markets: 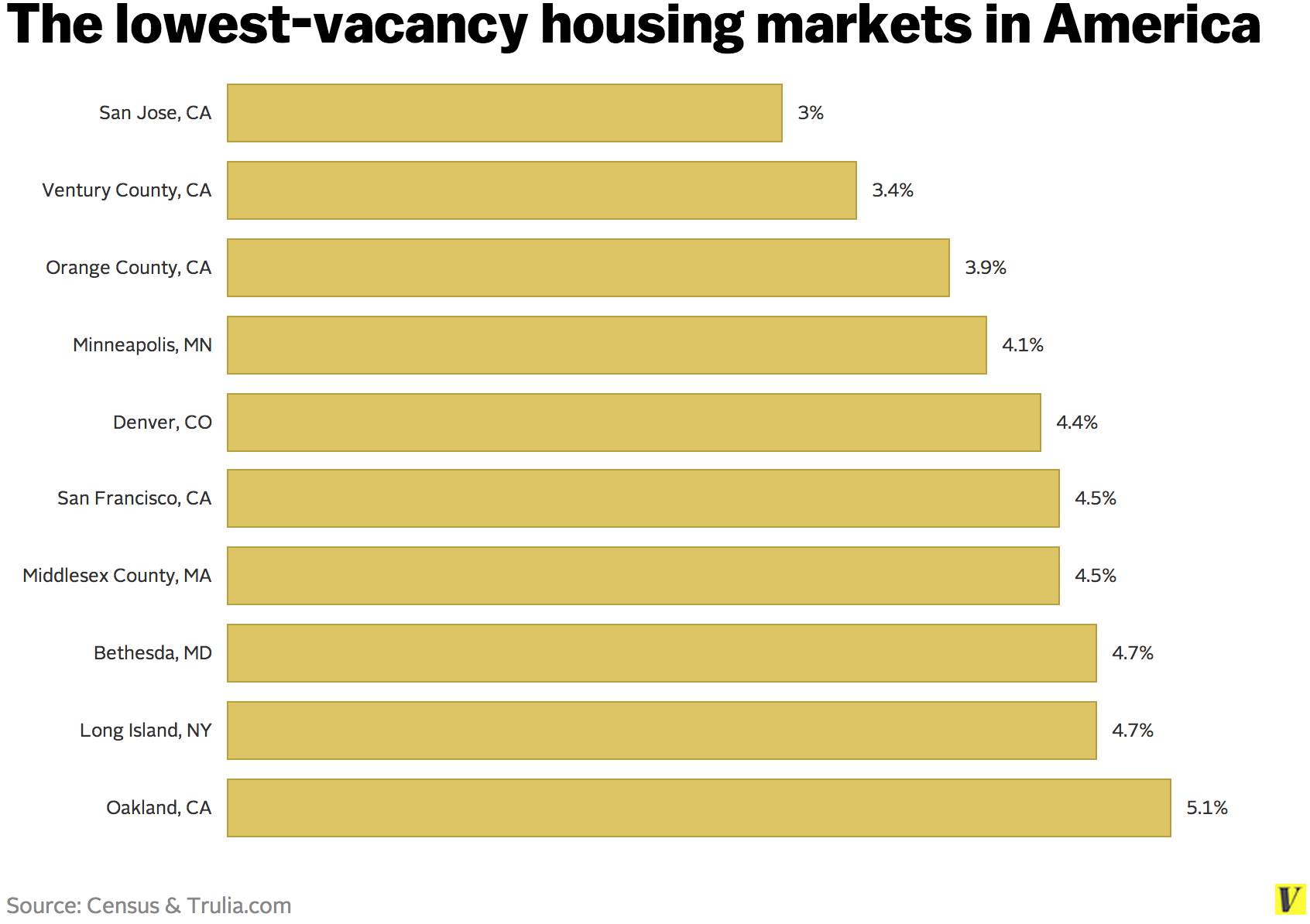 You see all of the markets in the San Francisco Bay Area — home to the country's most thriving industry — have super-low vacancy rates. And so do the suburbs of the three major cities of the Northeast Corridor, and so do the metro areas of the two highest-wage cities in the interior of the country, Denver and Minneapolis. The places where people could find the most economic opportunities, in other words, don't have the housing supply that people need. Rents are rising in these areas, but they're also the toughest markets to get permission to build.

So we're left with the worst of both worlds — high rents and empty houses.