Despite the facts, America has convinced itself Obamacare is a disaster

Share All sharing options for: Despite the facts, America has convinced itself Obamacare is a disaster

Nearly six in 10 Americans (57 percent) said the law fell "short of expectations" on sign-ups. About a third thought that the law had either met or that it exceeded sign-up expectations. (The second option, by the way, is the right answer: 8 million people signed up for private coverage on the exchanges after budget forecasters had projected 7 million.) 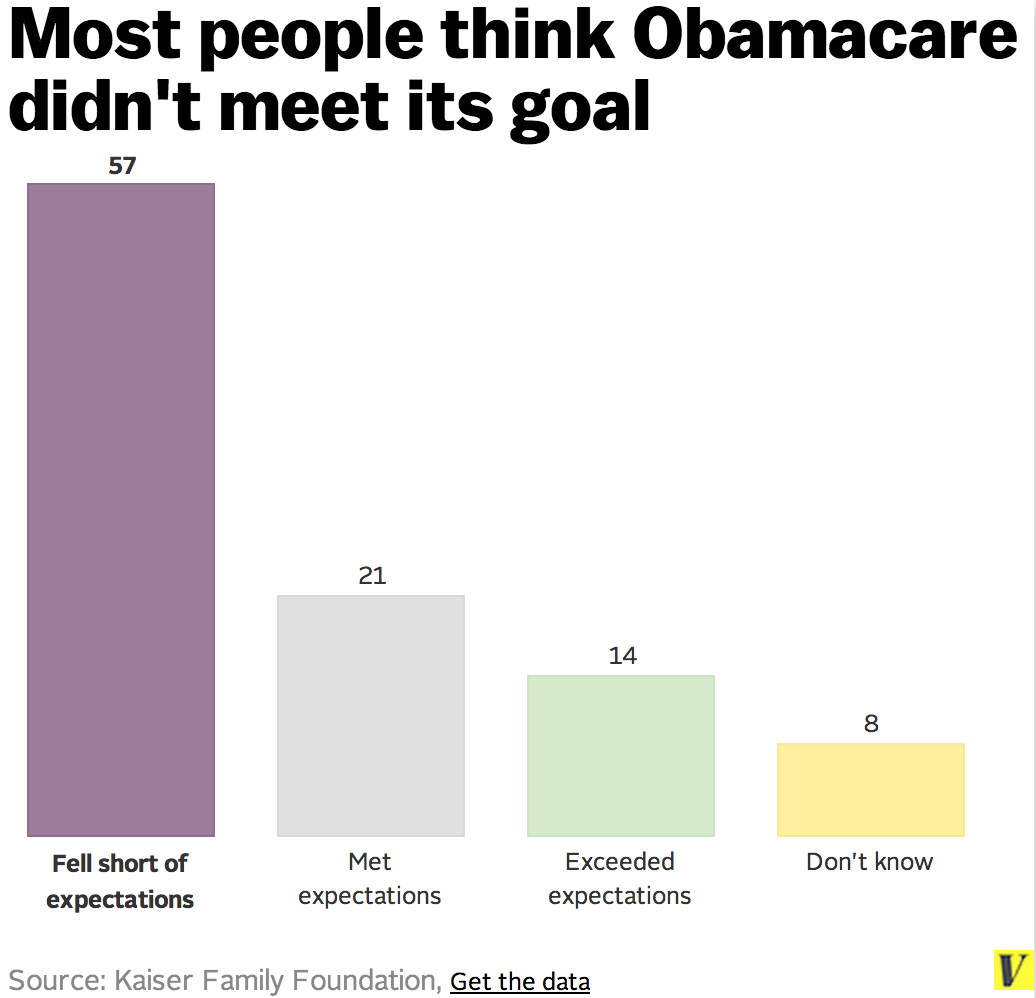 This is an especially bizarre finding when you look at another question in the same poll of the same people. 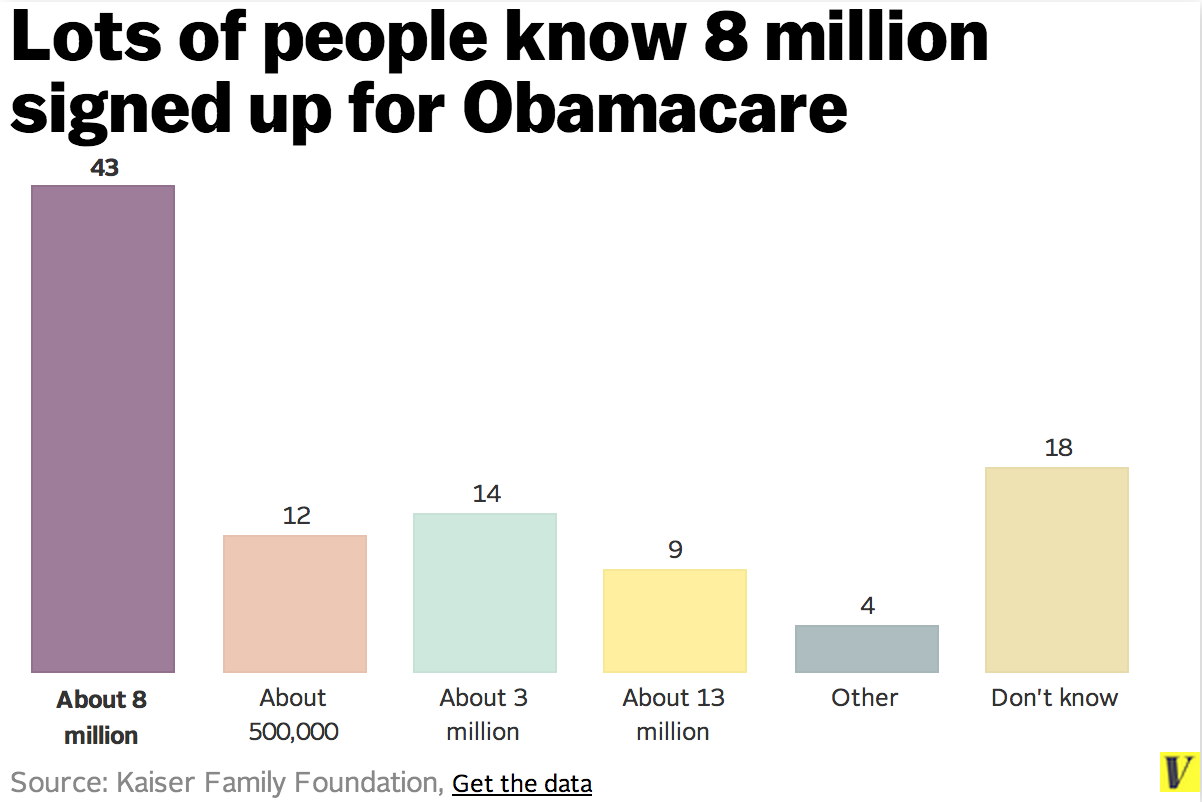 In other words: a slight majority of Americans either accurately estimate or overestimate enrollment. This means there's some universe of people who think Obamacare hit 8 million enrollees — and also think it fell short of sign-up goals.

"It wasn't so much about knowing the number," says Liz Hamel, who directs the Kaiser Family Foundation's survey research. "It was whether that number registered as a success or not." 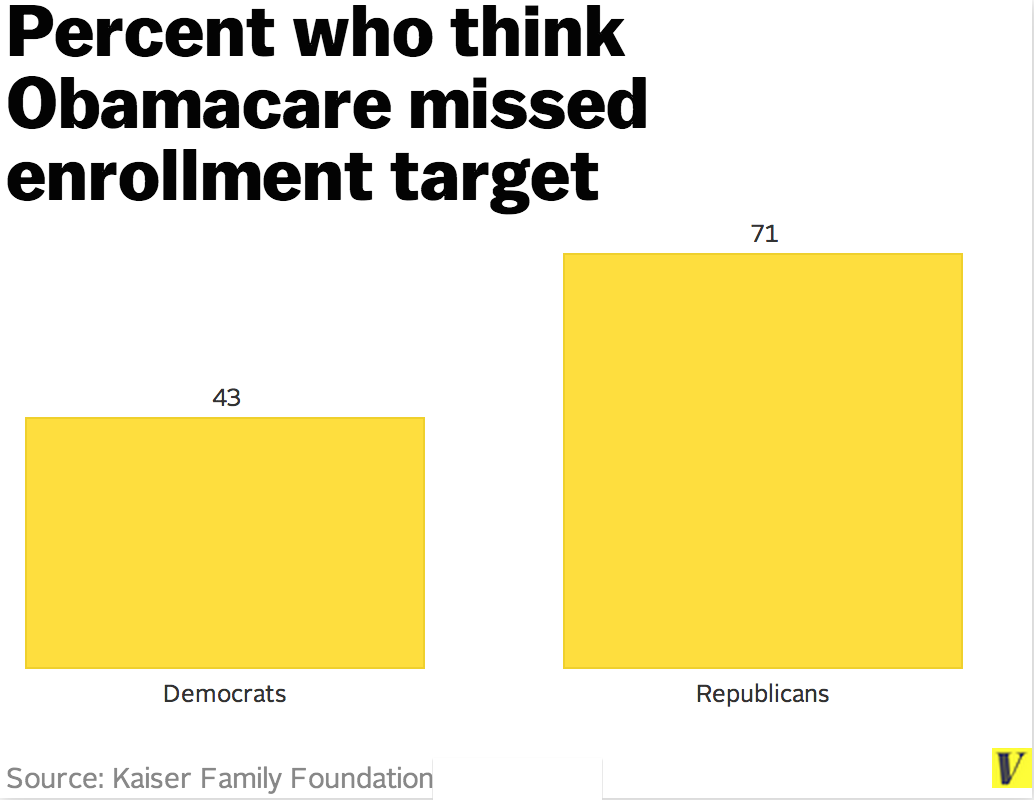 Hamel says people who identified as Democrats were much more likely to estimate that Obamacare had met its enrollment target than those who were Republicans. But there was still lots of skepticism on both sides: 43 percent of Democrats and 71 percent of Republicans thought the health law had fallen short of the sign-up target.

In most Americans' minds, healthcare.gov is still a disaster

Another question in the Kaiser Family Foundation survey asked whether the botched rollout has essentially made Obamacare unworkable or if, after some early problems, the law is now working as intended.

Most people agreed with the first idea, despite the fact that Healthcare.gov has functioned decently well since December. 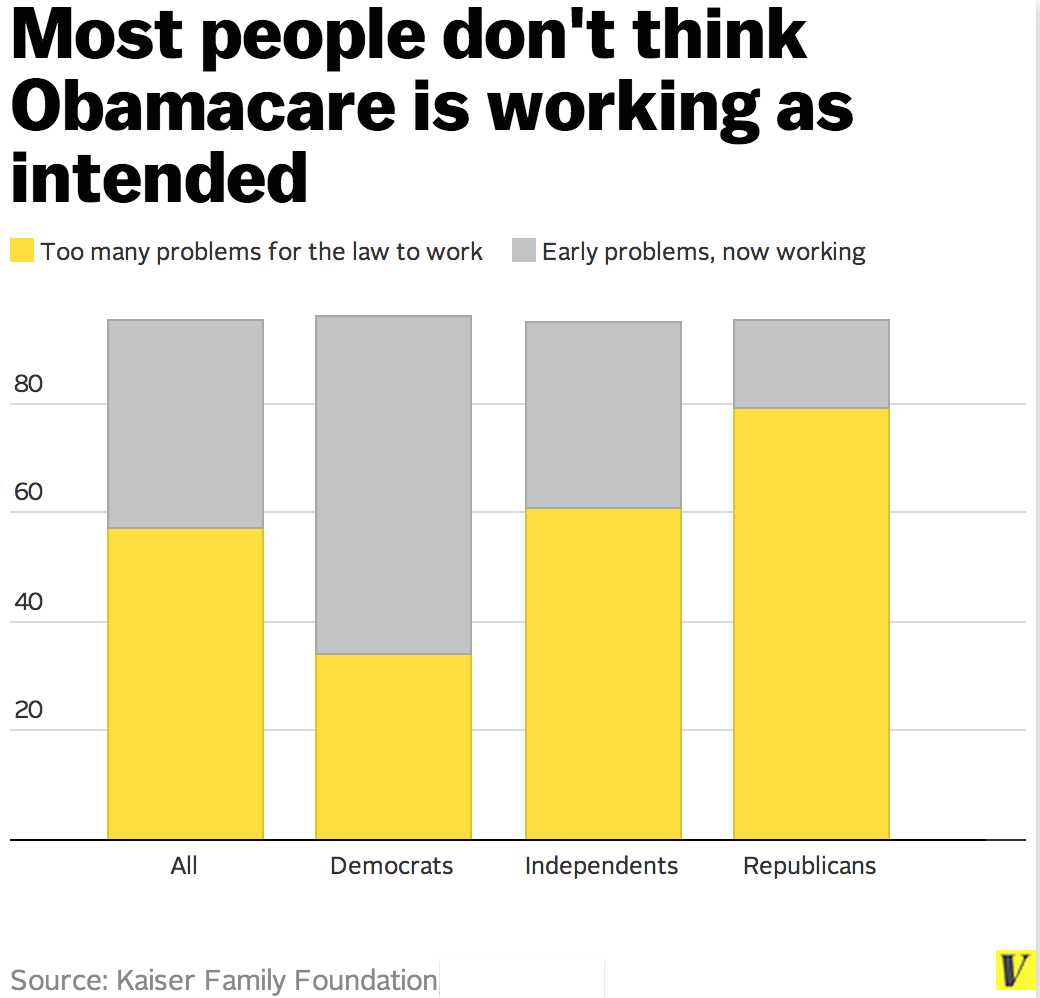 "News about the problems with the exchanges was on a lot longer than any discussion of beating the enrollment goal," Hamel says. "It's possible that all the reports were still in the forefront of people's minds."

And its likely that most Americans are gauging their understanding of how well — or poorly — Obamacare is going from the news coverage. Most Americans already have health insurance, and aren't shopping on the exchanges for new policies. So even if the Obamacare experience improves, most people won't necessarily notice.

"So many people are not impacted by the law that they're more likely to respond to messages in the media than they are to evaluate their own experience," Hamel says. "That makes me think it will be a while before there's any shift in how people think the law is going."