The US gets more tornadoes than any other country

Share All sharing options for: The US gets more tornadoes than any other country

An outbreak of at least 30 tornadoes has hit the Midwest and South, killing 16 people in Arkansas, Tennessee, Mississippi, and Iowa.

The tornadoes are going to continue for several days

These tornadoes are part of a pattern of extreme weather that also includes heavy rain and is going to continue for several days. On Tuesday and Wednesday, the outbreak — already the most destructive of the past decade — is projected to continue drifting east, potentially hitting Tennessee, Mississippi, Alabama, Georgia, the Carolinas, and Virginia.

What's behind this swarm of tornadoes — and why do the destructive storms tend to strike the Midwest every spring? Here's a look at the science of tornadoes.

What causes tornadoes to form?

A number of conditions have to be right to create a tornado.

First, there generally needs to be a thunderstorm, caused by tall, water-dense cumulonimbus clouds. These clouds result from high levels of warm, moist in the lower levels of the atmosphere getting sucked quickly upward, then cooling and condensing.

The majority of tornadoes — including most of the especially powerful ones — are the result of particularly large, long-lasting thunderstorms called supercells. In these cases, the air that gets carried upward into the supercell begins spiraling in a corkscrew motion, because of wind currents moving in different directions at different levels of the atmosphere. 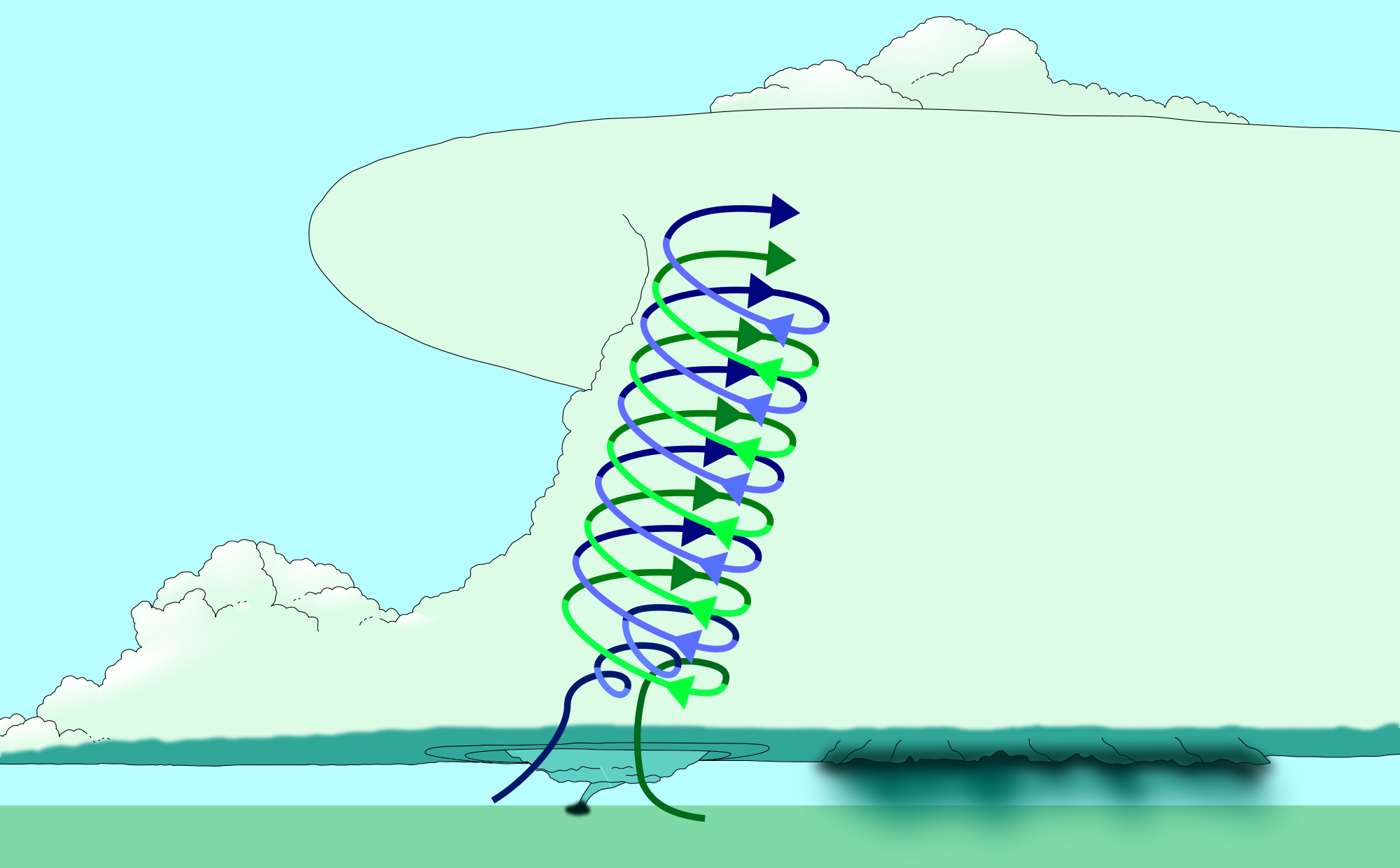 Over time, if warm air continues to feed it from below, this vortex strengthens. Simultaneously, pockets of relatively cool air next to the vortex fall downward, dropping their moisture as rain or hail in what's called a downdraft.

The cold air walls off the spinning column, causing it to strengthen

At ground level, this descending cool air gets wrapped around the rising, spinning column of warm air, walling it off and causing it to strengthen into an increasingly violent tornado. These tornadoes can spin from anywhere between 100 and 300 miles per hour, and persist from a few minutes to an hour or more. In many cases, the cooler air getting drawn toward the tornado causes as much or more damage than the visible vortex itself.

Why is the Midwest so prone to tornadoes in the spring?

A number of conditions that lead to the formation of supercells and tornadoes frequently align in the spring across a wide swath of the country nicknamed Tornado Alley — part of the reason that the US experiences more tornadoes than any other country.

These tornadoes often result from collisions between warm, low pressure air masses coming in from the south with cooler, high pressure systems from the north. The collisions form supercells, with the kind of multi-directional winds that cause the formation of swirling vortexes of rising air. Additionally, the flat landscape lacks any mountains that might break up the systems, leading to them often drifting across the region for days in a row. 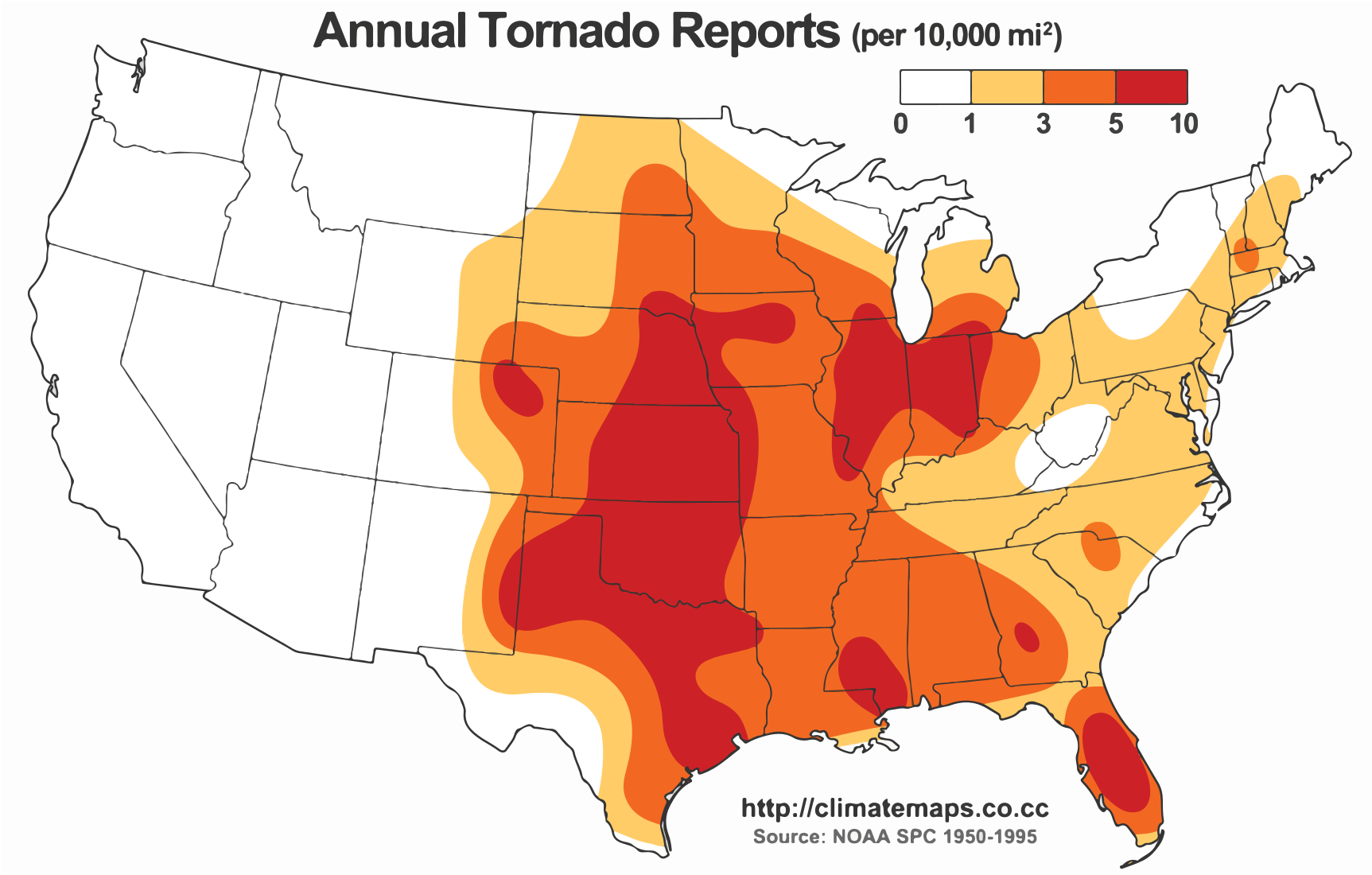 So what's causing this current swarm of tornadoes?

In this case, we basically have a vast weather system with the right conditions to birth supercells and tornadoes over and over as it moves across the south.

Over the weekend, a mass of low pressure air — which tends to rise upward, because it's less dense — moved across the Rockies and over the Midwest and South. At the same time, moist air moved up from the Gulf of Mexico, a collision that's led to a warm, swirling, moist air mass that can form tornado-birthing supercells.

To make matters worse, there's a dense, high-pressure air mass to the North, in Canada, that's blocking the system from dissipating, causing the window of tornado formation to continue way longer than otherwise.

All this has caused dozens of tornadoes to hit many different areas of the South and Midwest, causing huge amounts of destruction in the towns hit so far.

What's going to happen next?

The tornado threat is projected to continue for a few more days as it the air mass slowly moves east. On Tuesday, it'll encompass Mississippi, Alabama, and Georgia, then the Carolinas and Virginia on Wednesday. The weather pattern will also cause heavy amounts of rainfall and severe flooding.

What should I do if there's a tornado warning in my area?

Tornado forecasting has come a long way in recent years: not long ago, all meteorologists could do was issue a warning when an actual tornado was spotted in the area. Now, they're able to issue warnings ten or twenty minutes ahead of time. (Additionally, meteorologists predicted this tornado-birthing weather system days ahead of time, the result of more sophisticated computer models and more accurate doppler radar.)

Take shelter in the lowest level of your house, away from windows

If you learn about a tornado warning in your area or hear a tornado siren, experts recommend taking shelter immediately in the lowest level of your house — ideally, a storm shelter or basement. Stay in an interior room, away from windows, and get low to the ground, covering your head with your arms. If you don't have a basement or don't have time to get to it, take shelter in a bathtub or closet, covering yourself with a mattress or blankets.

Moving vehicles and mobile homes are among the worst places to be when a tornado strikes, because they can be easily picked up by strong winds. If you're driving, park your car and enter a sturdy building instead of trying to outrun the storm.

Correction: This article previously advised taking cover in case of a tornado watch, rather than a tornado warning.