Share All sharing options for: The high school graduation rate is at an all-time high — but there are still big gaps

The high school graduation rate in the US has hit an all-time high: 80 percent. That means four out of five students who started high school successfully graduated in four years.

And progress is accelerating, driven by gains from black and Hispanic students since 2006. Still, the national figure, released today for the 2011-12 school year, hides signification variation among and within the states.

There's a big gap between top-ranked Iowa (89 percent) and bottom-ranked Nevada (63 percent). In 15 states, at least 85 percent of students graduate; in five states and the District of Columbia, 70 percent or fewer do. 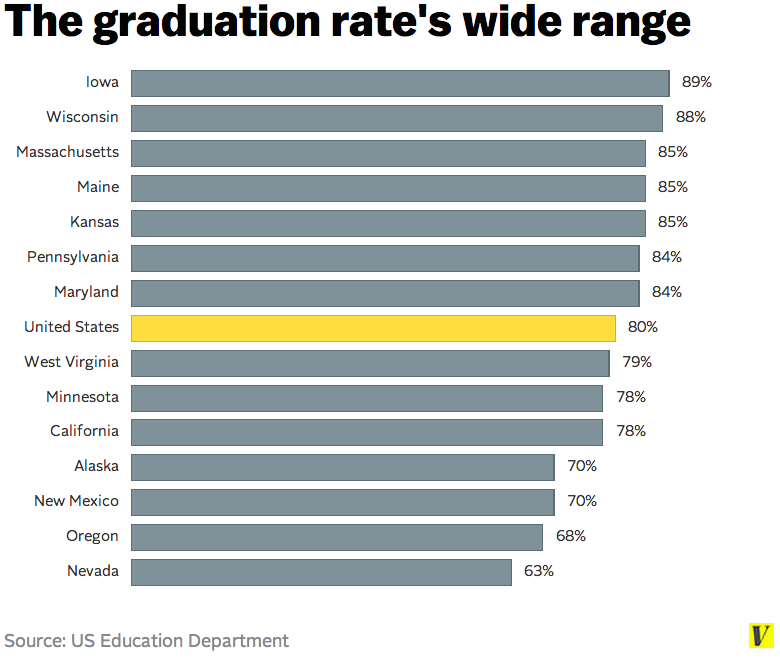 Graduation rates for all states are available here. (Well, almost all — Kentucky, Idaho, and Oklahoma didn't report nationally comparable graduation rates that take transfer students into account. The Education Department allowed those three states to delay using the new measurement until next year.)

Even bigger than the gaps between states are the achievement gaps within states. Wisconsin has a graduation rate of 88 percent — the second-highest in the country. But it's also second in the nation in the gap between black and white students' graduation rates: 92 percent of white high school students graduate in four years, compared to 64 percent of black students. 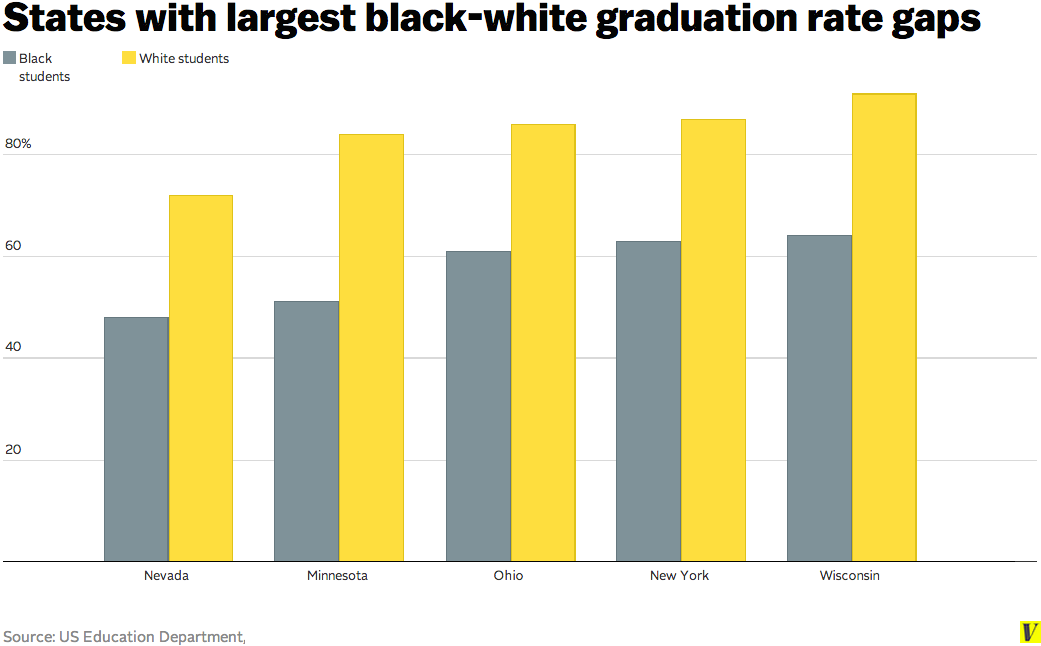 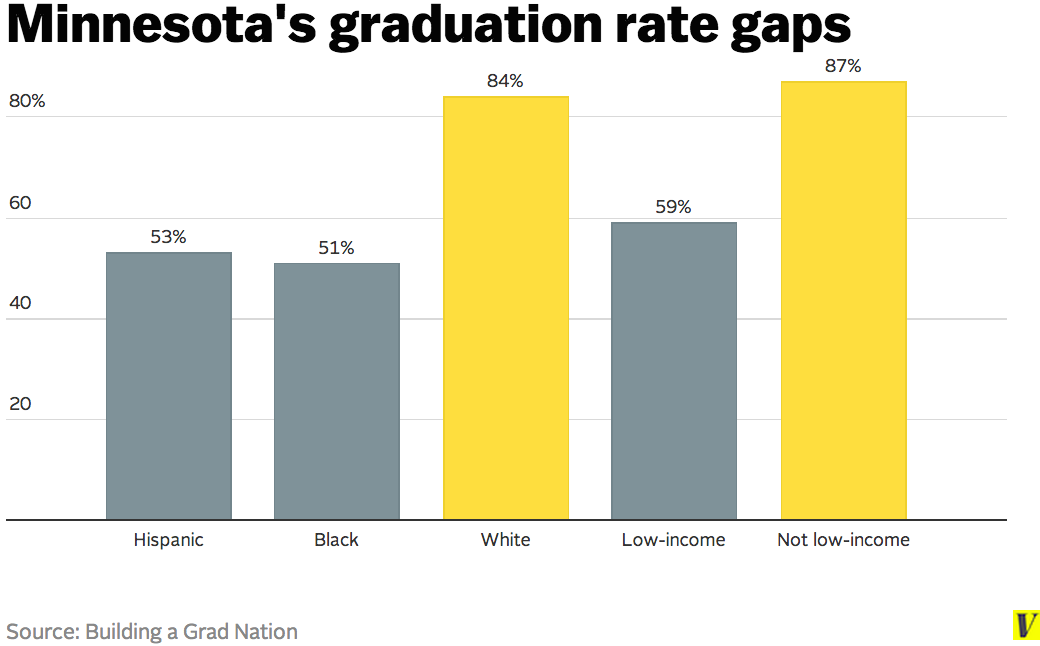 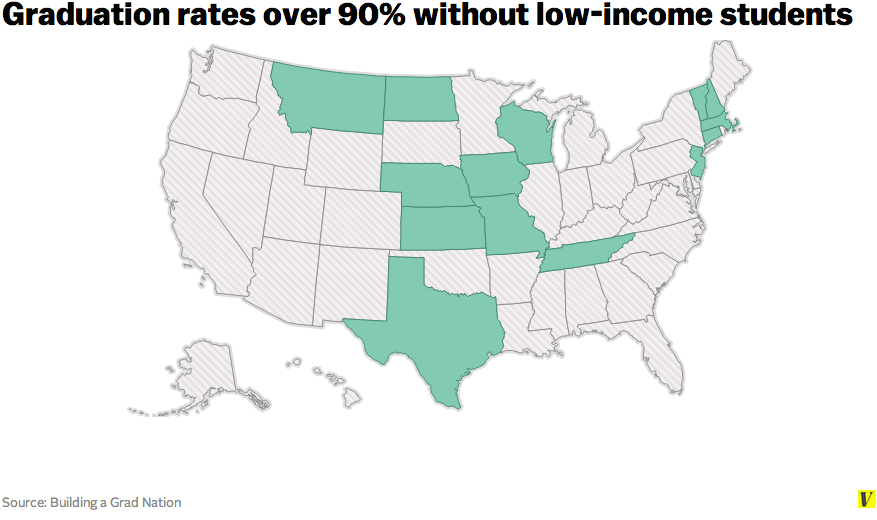 And just because students graduate high school doesn't necessarily mean they're able to start earning college credits. In Texas, with one of the nation's highest graduation rates (88 percent), half of students who enrolled in community college by age 19 took at least one remedial course. So did 22 percent of students who entered four-year colleges by age 19.