These praying mantises get to wear tiny 3D glasses, for science

Share All sharing options for: These praying mantises get to wear tiny 3D glasses, for science

To study praying mantises' ability to see in 3D, neuroscientists at Newcastle University in the UK have created tiny pairs of 3D glasses and attached them to the insects' faces with beeswax.

mantises are the only insects with the ability to see depth

The research team, led by Jennifer Read, is interested in mantis vision because the insects' stereoscopic vision — the ability to see depth, enabled by two different eyes spaced slightly apart, like ours — is extremely rare among animal species. Mantises are one of very few invertebrates (a group that includes all animals, such as insects and worms, that don't have spinal cords) that have this type of vision.

In the 1980s, German biologist Samuel Rossel discovered that mantises can perceive depth. They learned this by putting prisms over their eyes and tracking the way they responded to optical illusions. The goal of the new project is to update this work with more sophisticated 3D glasses and videos, so scientists can determine how mantis vision works and how similar it is to ours.

One of the ways they'll do this is attach the tiny glasses to the insects — which are just scaled-down versions of the same glasses we'd wear at a movie theatre, a fifth of an inch wide — put them in front of computer monitors, and show them specially-made 3D videos.

One of the videos will show a circle that seems to be moving straight at the mantis — but only if they perceive depth in a way roughly like we do. 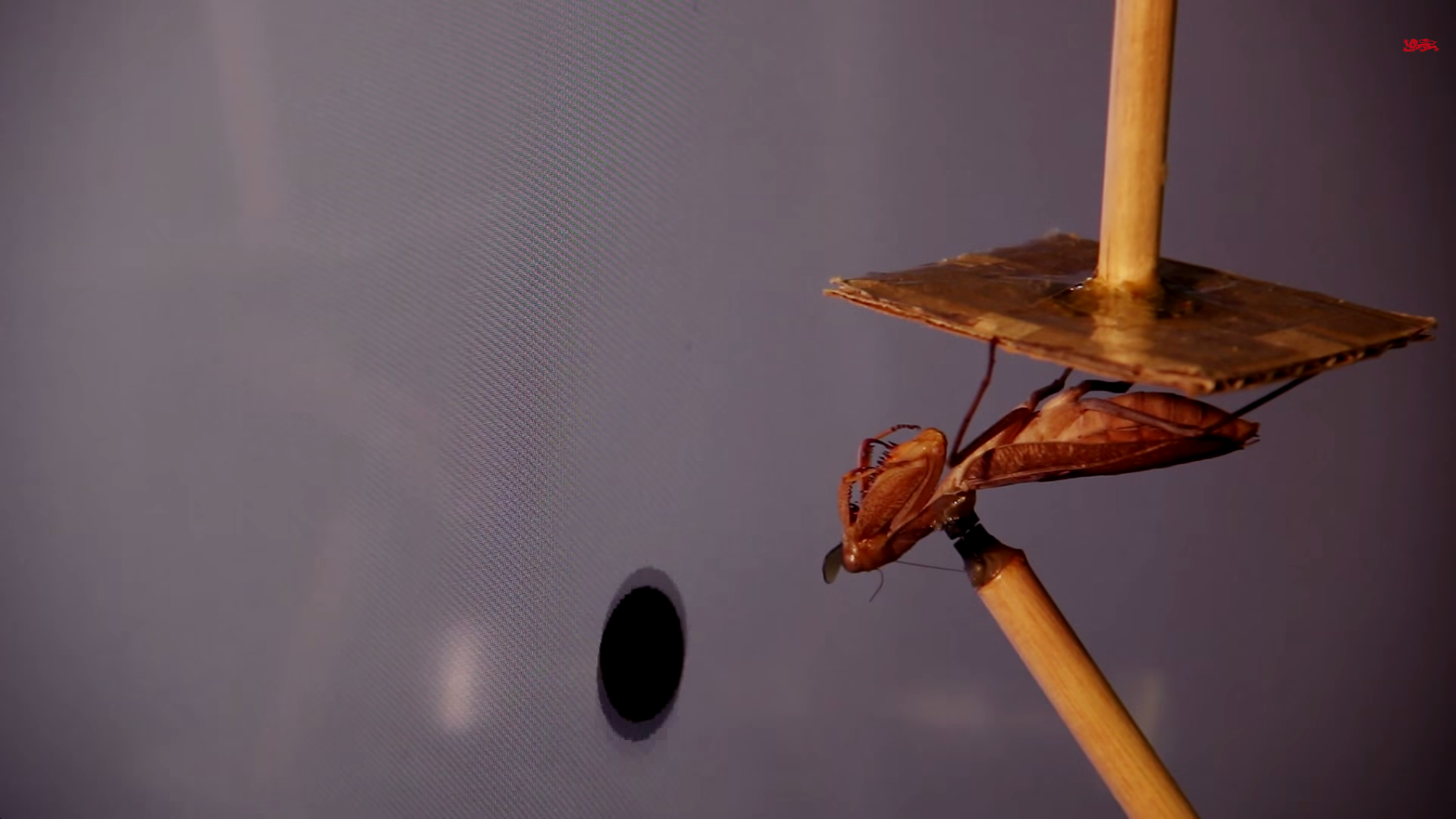 If they see the circle approaching, and strike at it with their forelegs, it'll be a clue that their stereoscopic visual system works something like ours, an interesting discovery given how distantly related we are to the insects.

If they don't respond that way, that'd suggest that their stereoscopic vision works quite differently than ours and other mammals'. If that's the case, the scientists believe they might be able to use their findings about the insects' simplified visual system to help program 3D vision algorithms for artificial intelligence.

For more, here's a video from Newcastle: