Catholics are a lot more liberal than Evangelicals

Share All sharing options for: Catholics are a lot more liberal than Evangelicals

There has long been a politically-driven "unholy alliance" between conservative Catholics and conservative Evangelicals, writes the National Catholic Reporter. But new research published this week by the Public Religion Research Institute (PRRI) shows that the two groups might be less politically aligned than is otherwise thought. Participants were asked their thoughts on cultural issues (sexuality, abortion) and economic issues (living wage, taxes). As the results indicate, Catholics might be closer aligned with liberal values than Evangelicals. 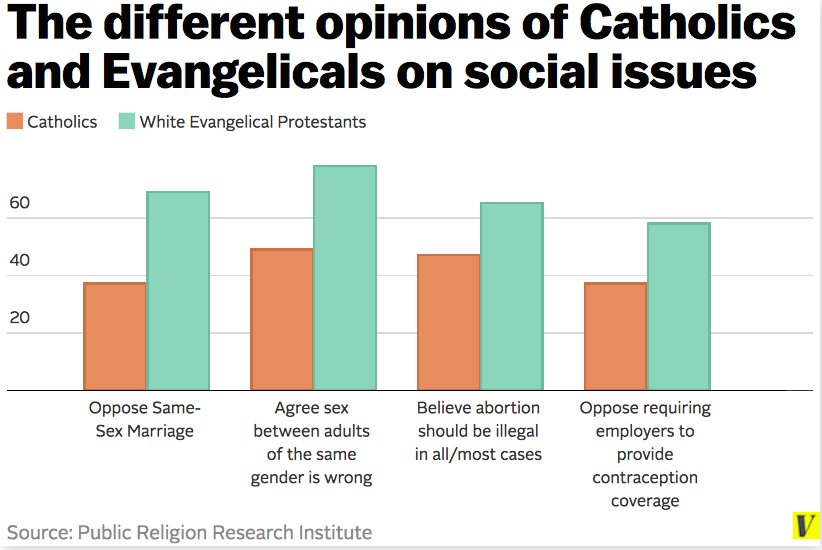 Here are a few surprising comparisons from the survey:

The percent gap between Evangelicals and Catholics varied by question. Both groups, however, were most closely aligned in their beliefs about equal opportunity. Less than half of all Catholics (47 percent) and Evangelicals (42 percent) think it's "not really that big a problem if some people have more of a chance in life than others."
Robert P. Jones, CEO of Public Religion Research Institute, has called the findings ironic. Today, he says, "there is more support for official Roman Catholic Church positions among white evangelical Protestants than among Catholics." 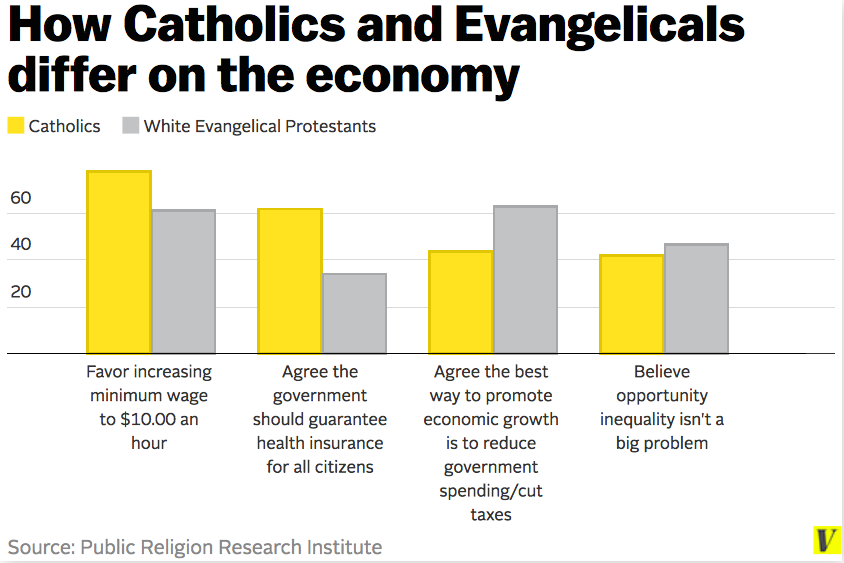