Bad news for anyone going to Mars: space radiation could make you dumber

Share All sharing options for: Bad news for anyone going to Mars: space radiation could make you dumber

One of the biggest dangers for long-term space travel — say, astronauts going to Mars — is the radiation in outer space. We already know that it can raise the risk of cancer. But now there's evidence it can make us dumb, too.

A new paper in Radiation Research finds that rats developed slower reaction times and more lapses in attention after being exposed to the radiation that people would get on a two-year trip to Mars. (The Earth's magnetic field normally protects us from most of this radiation.) 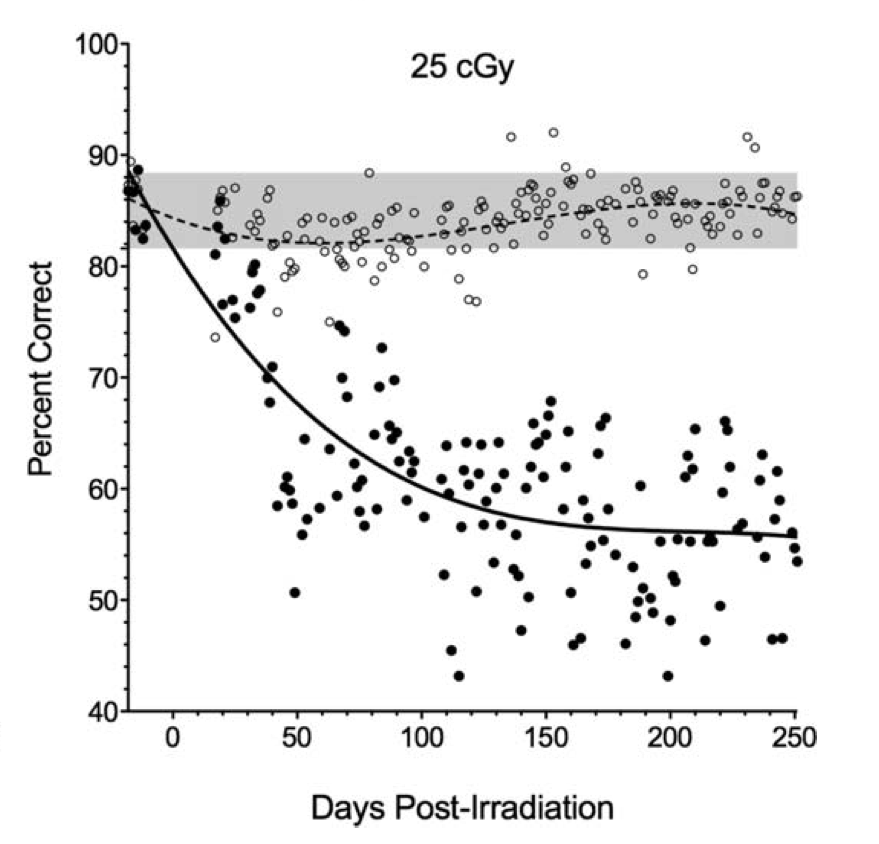 The bad news is that radiation could cause astronauts to have slower reaction times and more lapses in attention — important components of a fitness test they have to take before spacewalks.

The encouraging news is that the radiation caused these effects in just 45 percent of the rats tested, suggesting that astronauts could be screened for their risks before space travel — and that it might be possible to develop therapies to help them.