So the internet is pretty angry at Avril Lavigne, the singer you may remember from hits Complicated, Sk8tr Boi, and strange early 2000s neckware trends. That's because this happened:

The "Hello Kitty" video's use of Japanese cultural tropes is — how can I put this delicately — problematic.

For this, you can blame Japan's Lost decade

Uncomfortable appropriation of Japanese culture is pretty common in American media. Even if we're talking the very specific category of female solo pop singers like Avril, Gwen Stefani used to walk around with a gaggle of "Harajuku Girls," women dressed like Japanese schoolgirls. Katy Perry performed in a geisha get-up and the 2013 Video Music Awards. Japanese cultural appropriation is a bonafide thing.

For this, you can blame Japan's economy. Or at least sort of: Japan's economic rise and stagnation contributed to a massive corporate effort to export Japanese culture, which made it much more available to non-Japanese like Avril. For both good or, in this case, ill.

Broadly speaking, Americans have become much more aware of Japanese cultural touchstones — ramen, Pokemon, J-pop — in recent years. Between 1992 and 2002, Japanese cultural exports tripled in value. Take a look at this chart of the size of the US manga (roughly, Japanese comics) market over time: 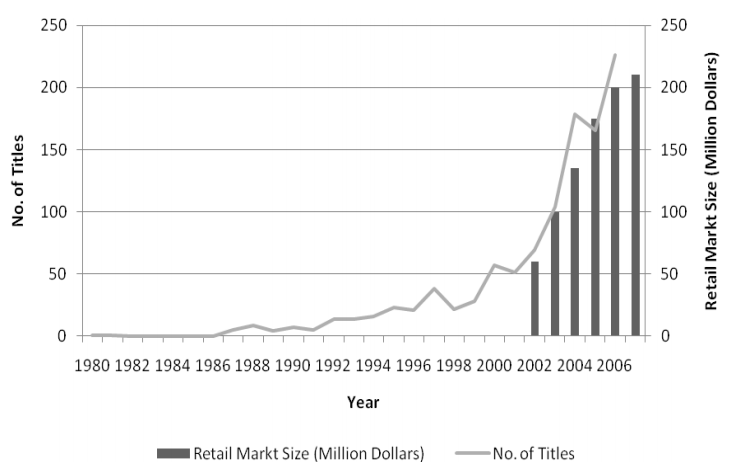 Hitotsubashi University's Takeshi Matsui, who put the data together, credits a conscious decision by Japanese comic companies looking to expand in the American market. They saw an untapped market for their product, figured out a way to edit manga to appeal to American comic audiences, and sales skyrocketed. The profit motive brought a part of mainstream Japanese culture into the American narrative. 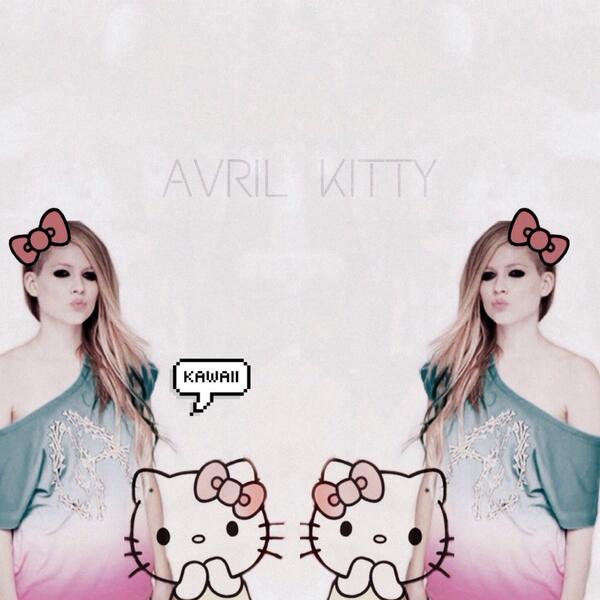 This has happened with all sorts of Japanese cultural products, somewhat ironically due to both Japan's development into a first-world economy and its economic slowdown during the 1990s. As Japan became wealthy, its consumers had more disposable income to spend on cultural products, funding real growth in the toys, fashion, entertainment, and other luxury goods industry. But as Japan's economy slowed in the 90s, the foreign market became more attractive to the big corporations that grew out of the earlier boom times.

What does this all have to do with Avril? It's always hard to pinpoint background cultural influences on art specifically, but it makes sense that cultural penetration would produce unintentionally offensive cultural appropriation. The more omnipresent Japanese cultural artifacts are worldwide, the more foreigners (like the Canadian Avril) are to use them in their own work.

The "Hello Kitty" headslappery wasn't produced by ignorance, but by experience

This is sort of how Avril explained the thinking, such as it is, behind her video. "RACIST??? LOLOLOL!!!," Avril tweeted. "I love Japanese culture and I spend half of my time in Japan. I flew to Tokyo to shoot this video specifically for my Japanese fans, WITH my Japanese label, Japanese choreographers AND a Japanese director IN Japan." In her defense, this kind of makes sense. Japanese pop does have a pretty camp vein running through it, one that "Hello Kitty" apes. That said, it's different when Avril's the lead in the video, and her defense sounds very "some of my best friends are Japanese."

It also fits the globalization theory. Avril got the idea for the video from actual firsthand exposure to Japanese culture. The "Hello Kitty" headslappery wasn't produced by ignorance, but by experience.

Racist or otherwise culturally insensitive depictions of non-Americans have been around as long as America has. But if Japan is any example, the unintentionally offensive homage to a foreign culture is something we're going to see more of as globalization marches on.