Yum Brands, the people behind Taco Bell and KFC, are poised to take a second stab at competing with Chipotle in the higher-end Mexican-ish food market with a concept called US Taco Co, reports Ad Age. The restaurant will be in Huntington Beach, California but obviously the idea would be to open more of them if it's successful.

Yum tried this previously inside the Taco Bell concept, with the Cantina Bell sub menu. The new idea, though, is to do entirely separate restaurants with separate branding. And the menu will be an explicitly hybridized flavor profile, with things like Philly cheesesteak tacos and french fries. They also have this weird Day of the Dead kind of logo thing going on.

the sleeper in this marketplace continues to be Taco Cabana

Cantina Bell never really worked because of branding dissonance. Taco Bell, for all its delights, is a profoundly silly and downmarket brand. Doritos Locos Tacos was a great innovative match for that brand, and while it's not clear that waffle tacos will be as commercially successful they are also very much on-brand. But even as Taco Bell has succeeded, Chipotle has definitely proven that there's room in the market for a different kind of tex mex brand. Creating a whole new restaurant concept to try to tap that market is a lot smarter than muddying Taco Bell's brand identity by attempting to compete directly. 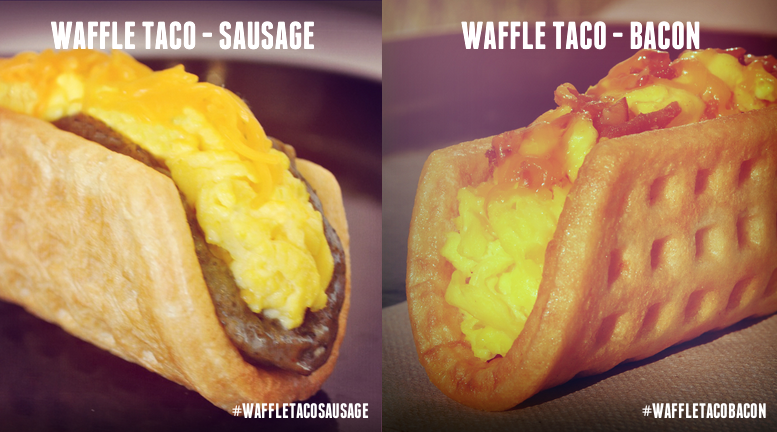 Still, the sleeper in this marketplace continues to be Taco Cabana which has been cutting its fast casual tex mex teeth in Texas itself, and developing an excellent product in the meantime. It's only a regional chain for now, but the stock market has priced Taco Cabana's parent company at an extremely high price-to-earnings ratio indicating expectations of very robust growth.

But Yum Brands is a much larger global company, that has the financial, logistical, and marketing power to expand very rapidly if the initial US Taco Co location in Huntington Beach proves popular.