The Obama administration is quietly trying to stamp out some of the skimpiest health plans, a decision that industry officials say could trigger yet another wave of cancellation notices.

The administration is targeting a type of coverage called fixed benefit or indemnity insurance, which give patients a fixed sum of money whenever they visit the doctor or land in a hospital.

These plans are less expensive than regular medical insurance because they are less robust. And new federal regulations would make it illegal for insurers to sell these plans as stand-alone insurance coverage. Instead, the Obama administration only wants to allow people to buy fixed-benefit plans as supplemental insurance to a more comprehensive medical plan.

It's worth being clear that even now a fixed-benefit plan doesn't satisfy the individual mandate. The new rule would mainly affect people who had chosen to pay the individual mandate, or who were exempt from the mandate, and who bought a fixed-benefit plan as a stopgap. The Obama administration is saying that they can't do that unless they also buy a more comprehensive plan.

This change has been lauded by consumer advocates, who say the whole point of health reform is ensuring Americans into better health insurance plans. But its been criticized by insurers and some regulators for eliminating a source of coverage for those who can't afford a true medical plan.

"We're going to have another public outcry about, 'if you like your health plan, you can keep it,'" says Pat O'Neill, general counsel at US Health Group, which sells fixed-benefit plans. "Not as long as its fixed benefit, you can't." 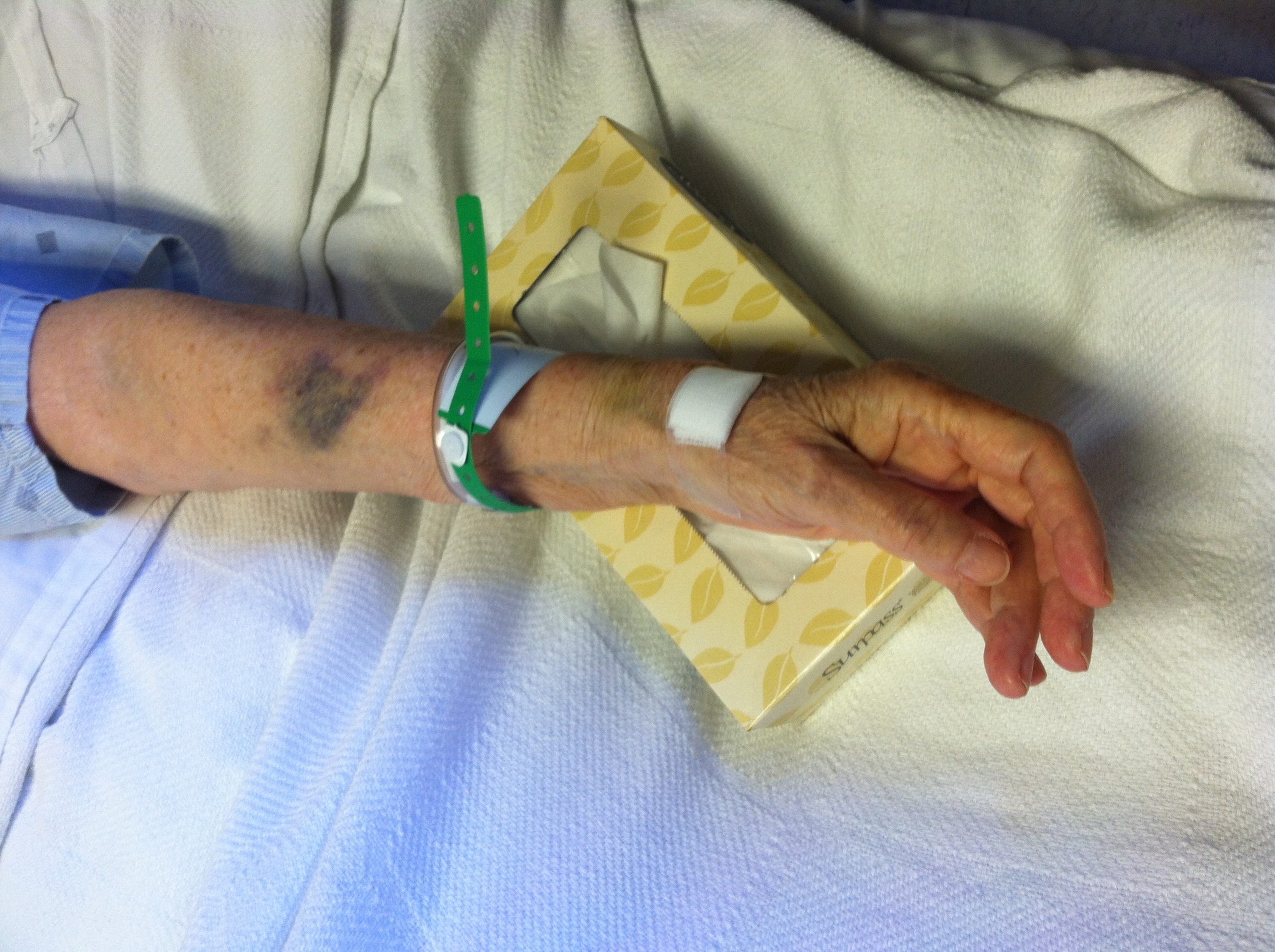 Fixed-benefit plans don't provide the kind of health-expense coverage most people are used to. Instead, they pay the patient directly a set amount when they use health care services. Some might, for example, pay out $100 for each day spent in the hospital or $50 for a trip to the doctor.

fixed benefit plans 'have the potential to mislead consumers.'

Fixed-benefit plans tend to offer more freedom – but they're also much less robust coverage.  Because they're not considered medical insurance, fixed benefit plans are exempted from most Affordable Care Act requirements.

Fixed-benefit plans are not required to accept all consumers — insurers can decline applications from sicker people who they think will have costly medical bills. Where Obamacare requires medical plans to cover a core set of medical services, like hospital stays and preventive care, fixed-benefit plans are free to pick and choose their services.

And buying a fixed-benefit plan doesn't count as medical coverage for purposes of the individual mandate; people with this type of plan would still be fined for not carrying insurance.

"On their own, they're not comprehensive coverage that protects people against risk," says Judy Solomon, vice president for health policy at the Center on Budget and Policy Priorities. "They have the potential to mislead consumers, who think they're getting actual protection."

A fixed-benefit plan that pays $100 per day spent in the hospital, for example, will fall far short of the average cost of a one-day hospital stay: $4,293.

But insurers say sales have increased under Obamacare 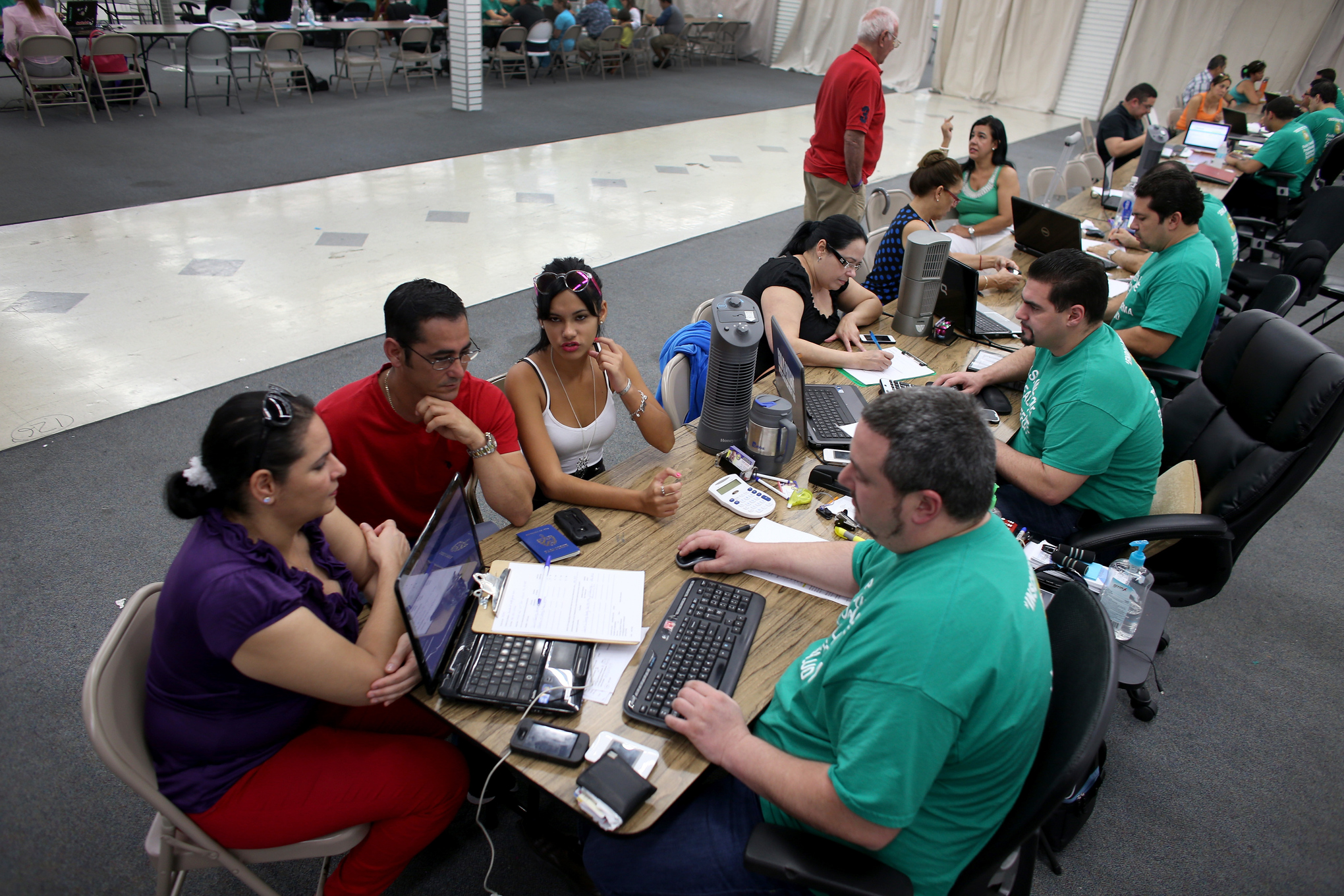 Health plans say they see more customers buying fixed-benefit health plans for two reasons. The first are people who want to fill a gap in coverage after purchasing a high-deductible plan on the insurance exchange.

"We're getting a lot of calls from people who bought an exchange plan or some sort of major medical insurance and are saying, 'I can't afford this deductible, what else have you got for me,'" says Michael Bertrand, general counsel to iCan Benefit, an online insurance sales broker.

People are saying, 'I can't afford this deductible, what else have you got for me.'

There are also people who have found medical insurance too expensive, and want to rely on a fixed-benefit plan as their only source of coverage. Some of these people might be among those receiving a financial hardship exemption from the individual mandate (available to those who can't find a health plan for less than 8 percent of their income).

"We are seeing more sign-ups and an increase in prevalence of these plans," says O'Neill of US Health Benefits.

There's no one estimate of how many people currently have these types of fixed-benefit health plans. Industry sources guess it could be anywhere from in the hundreds of thousands to millions. 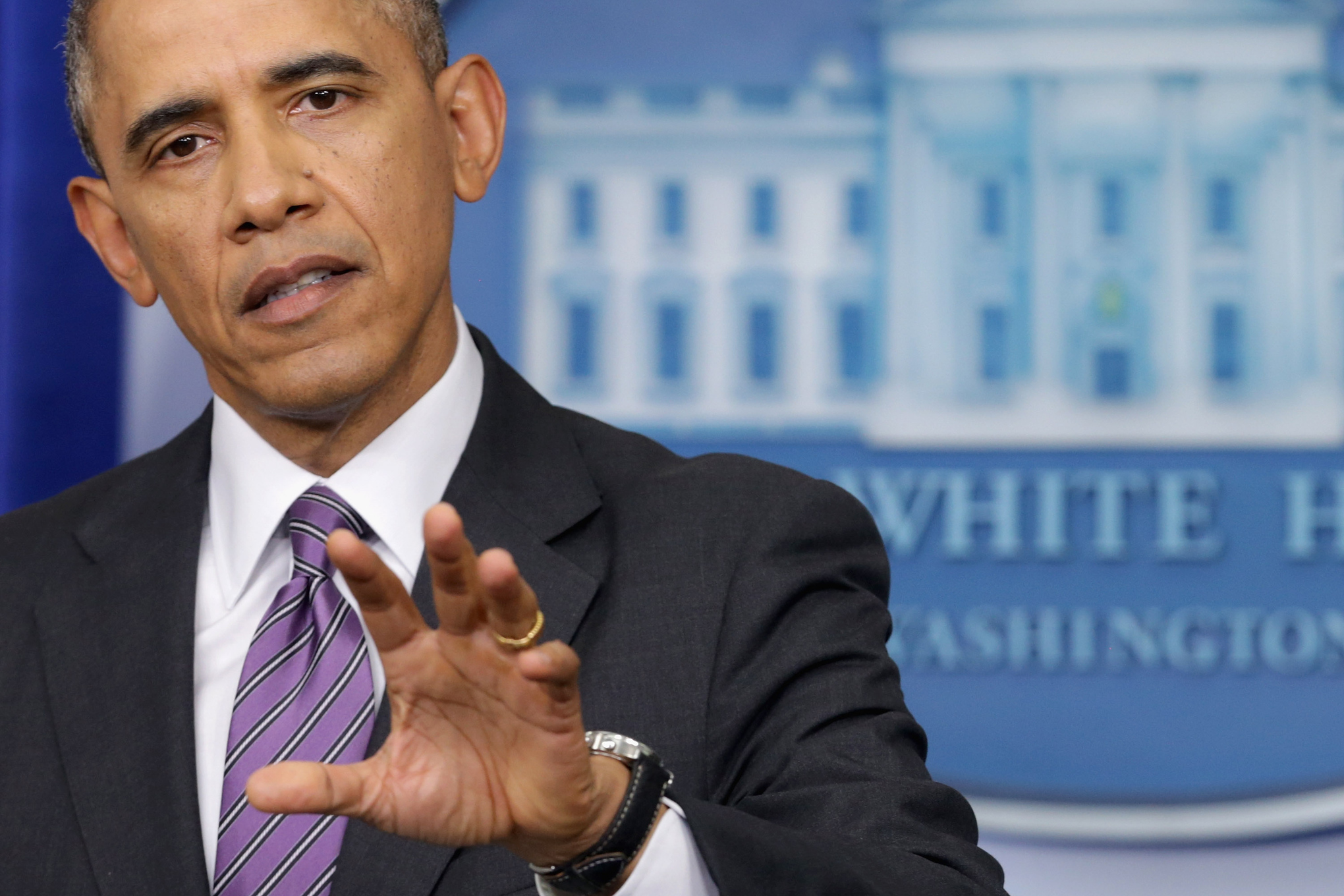 The Center for Medicare and Medicaid Services proposed in late March barring the purchase of fixed-benefit health plans as stand-alone coverage. Instead, the Obama administration plans to require fixed-benefit plan enrollees to show proof that they have a full medical plan — and are only using the indemnity product as a supplement.

"The Affordable Care Act provides greater security for Americans because health plans must offer a comprehensive package essential benefits and services," Aaron Albright, a spokesperson for the Centers for Medicare and Medicaid Services, says. "We are currently reviewing public comments concerning fixed-indemnity coverage that were received in connection with the proposed rule."

Consumer advocates cheered the proposal, which they say will steer consumers into better health insurance coverage — and prevent surprise bills sent to subscribers who thought they were purchasing a full medical plan.

"People are at a lot of risk if these products are sold on their own," says CBPP's Solomon. "That's really the theory here, to set some boundaries around what's minimum essential coverage."

Others see the situation differently, arguing that this change could leave people who can't afford medical coverage — or who are trying to bridge a short gap in coverage — with significantly fewer coverage options.

The National Association of Insurance Commissioners, which represents state regulators, sent a letter to the Obama administration raising this type of issue.

"This type of coverage may fill a need for certain consumers," the group wrote. "It can provide a bridge for those individuals who did not purchase coverage during the open enrollment period and are not eligible for a special enrollment period, or a bridge between coverages when changing jobs. Under the proposed rule, these options would be eliminated."

Some insurers argue that these health plans could be important for people who are not subject to the individual mandate, such as undocumented workers or low-income people in states that aren't expanding Medicaid, who do not qualify for financial help.