Economic sanctions don't work. But threatening them does.

Share All sharing options for: Economic sanctions don't work. But threatening them does.

The US government sanctions a lot of countries. It cuts off Iranian oil flows, limits trade with North Korea, and freezes the bank accounts of top Russian officials. Yet Iran still has a nuclear program, North Korea has actual nuclear weapons, and Russia is still poised to gobble up big chunks of Ukrainian land.

This sort of track record has led a lot of people to conclude that sanctions are useless or, at best, the foreign policy equivalent of saying "bad dog!" But a new paper proposes an interesting third option: maybe the best way to make sanctions bite is threaten them, but not actually use them.

The paper, by Julia Grauvogel and Christian von Soest of the German Institute of Global and Area Studies and Amanda Licht of SUNY-Binghamton, focuses on whether sanctions are likely to inspire mass protests within the targeted country. It's a narrow question, but an important one. Pressuring a foreign government — say, for example, Iran's — into changing its behavior is hard. But internal dissenters within Iran can directly threaten that government's livelihood, and so are a much greater threat than the loss of some trade external revenue.

Many sanctions are, at least in theory, supposed to produce protests. According to at least one senior US official, that's the point of American sanctions on Iran: make life so difficult for ordinary Iranians that they demand their government change its nuclear policy.

But according to Grauvogel, Licht, and von Soest, that's not going to happen. The political science literature finds no real connection between the sanction-imposed pain on ordinary citizens and a rise of anti-government protest movements. In fact, "smart" sanctions, which target elites but not the broader economy and so don't hurt ordinary citizens, have a better track record at getting targeted governments to change their minds. That shouldn't be true if sanctions work best by inspiring protests. So what's up?

The problem, Grauvogel et al. say, is that we're thinking about the relationship between protests and sanctions all wrong. You can't make protests happen by hurting people. The citizens have to want to protest on their own for sanctions to get them to the street.

What sanctions — or, more accurately, the threat of sanctions — actually can do is convince internal dissenters that their protests might succeed. When people see a foreign government making a real, credible sanction threat, that gives them a sense of possible foreign support. It also means they're getting media attention, which protests need if they're going to have a shot at working. 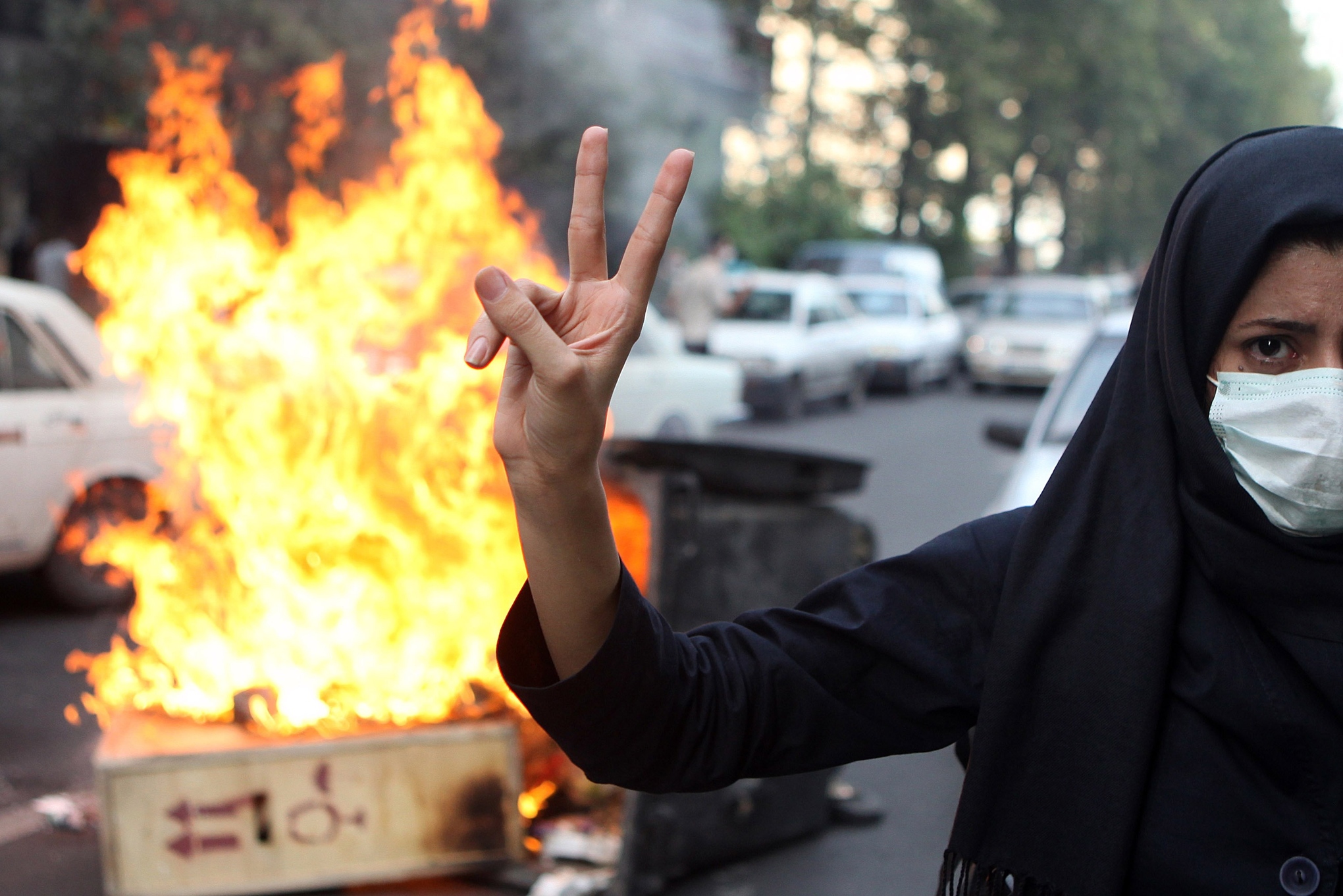 The researchers put together datasets on both sanctions and protests, and ran some regressions (for a clear, layman-friendly explanation of the technical details, read this Phil Arena post). The result: threatening sanctions made protests immensely more likely in the following months. One sanction threat makes significant anti-government protests in the following month an impressive 77 percent more likely to take place. While big protests are still extremely unlikely to happen even with sanctions — they're rare events! — that's a huge percentage increase.

Sanction threats stack on themselves. If one credible sanctions threat comes on the heels of another, the increase in protest probability goes up by 212 percent. If the sanctions are targeted at elites, and not the population, that goes up to a staggering 400 percent.

So don't bet on the threat of American sanctions starting protests in places like North Korea. But in countries that at least play at democracy, like Iran and Russia, they may have a fighting chance.