Share All sharing options for: The Netflix red envelope is slowly going extinct

Netflix reported its earnings Monday night, and it was great news for investors, but bad news for wannabe customers: profits are up, but the company will be upping membership costs for new subscribers by $1 to $2 per month.

streaming membership grew by 60 percent in just over two years, while dvd membership fell by 40 percent

If those new, higher-paying members continue the company's recent pattern, they'll be only in for the streaming. The company's membership has grown by 60 percent since the end of 2011 — impressive growth over a period of just over 2 years — despite a steady decline of DVD members. Since the fourth quarter of 2011, after the company first separated its DVD and streaming business, DVD subscriptions have fallen by more than 40 percent. Today, there are only around 6.65 million DVD customers. 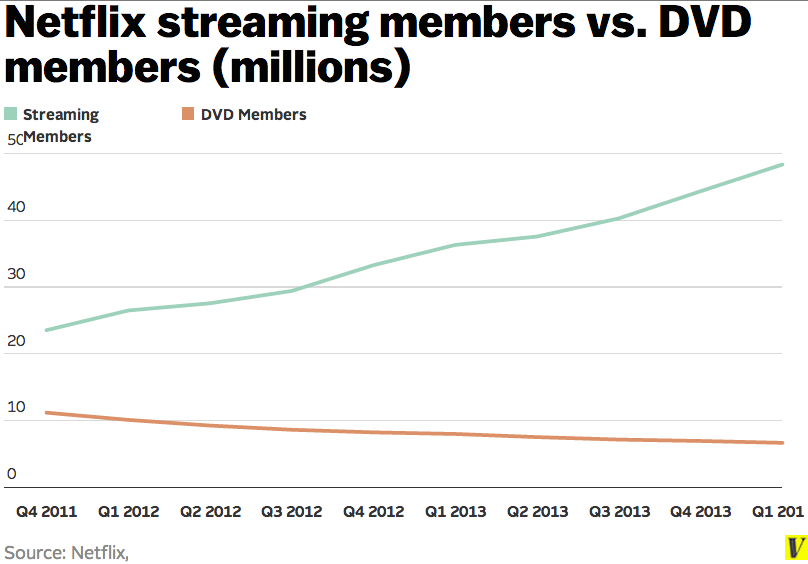 Because these figures don't separate out the number of people who get DVD subscriptions only and those who get them in conjunction with streaming, it's impossible to know exactly what share of Netflix subscribers get the regular red envelopes in their mailboxes, but it's clear that the mail service is steadily falling off. Indeed, on its membership FAQs site for Americans, DVD service is presented as almost an afterthought.

Revenue has followed a similar pattern. While the company's sales have crept upward, the revenue form DVD subscribers has steadily been replaced by revenue from streaming customers. Streaming revenues are more than double where they were in late 2011. DVD revenue, meanwhile, has fallen by 44 percent. 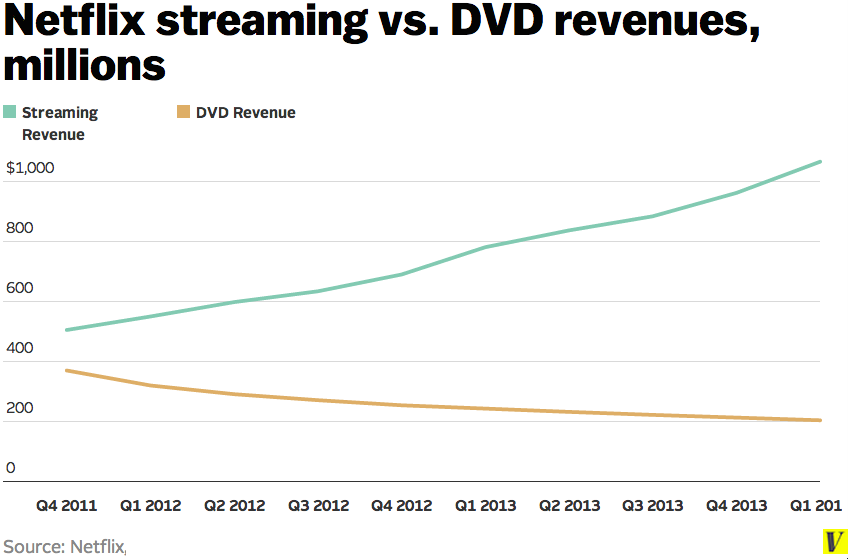 This has led to speculation about the future of Netflix's DVD service, some even suggesting it might have to die off. But there is at least one good reason why Netflix might keep the service around: profits. Netflix made a profit of $166 million on nearly $1.1 billion in streaming revenues — a margin of just under 16 percent. Meanwhile, it made around $97.5 million on $204 million in DVD revenues, a margin of around 48 percent.