Map: Teens have way more babies in the South

Share All sharing options for: Map: Teens have way more babies in the South

As teen pregnancy and birth rates drop nationwide, one region continues producing more teenage mothers than the rest of the US: the South. 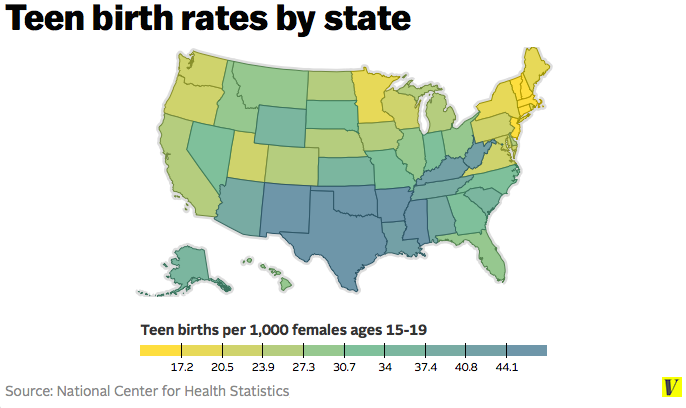 The regional and demographic distinctions are important because they help focus outreach campaigns aimed at reducing pregnancy and birth rates.

That's especially true as evidence mounts that the past few decades of education efforts might be working: teen birth rates are dropping more quickly than birth rates among all US women, as the Pew Research Center pointed out in an analysis. 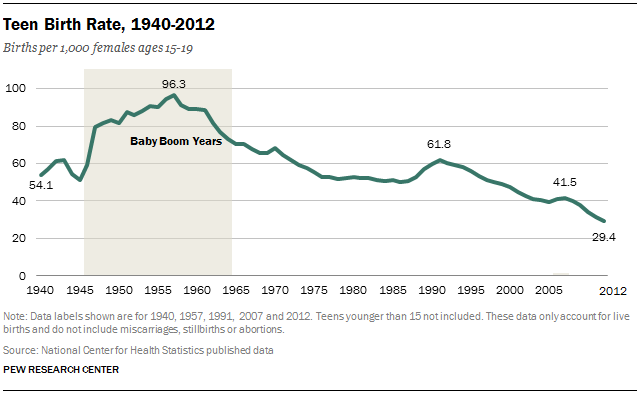 Since the data tracks birth rates and not pregnancy rates, however, it does not account for miscarriages, stillbirths, and abortions. But other federal data shows the teen pregnancy rate has dropped as well in the past couple decades. 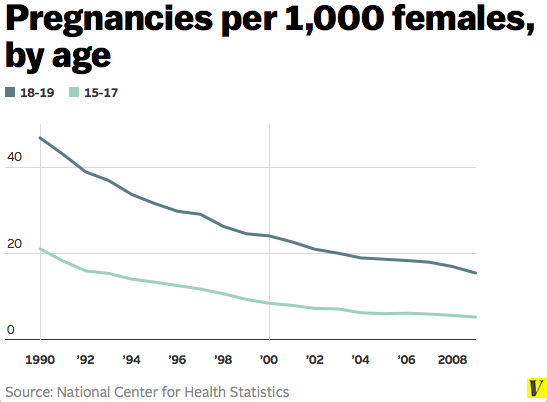 What's driving the drop? As my colleague Sarah Kliff pointed out a couple weeks ago, teens are much better at using birth control than they used to be. 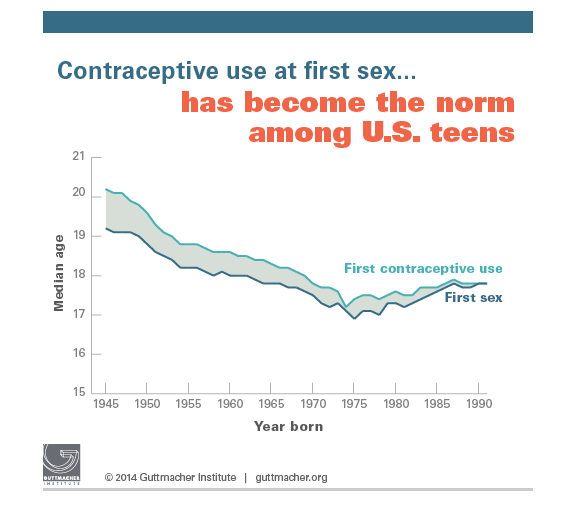 There's other factors, too. Pew's analysis found a significant drop in never-married teenage girls who've had sex (43 percent in 2006-2010, compared to 51 percent in 1988). And another Pew analysis linked an acceleration in dropping birth rates to the bad economy.