Study: The newest corn biofuels may be worse for the climate than gasoline

Share All sharing options for: Study: The newest corn biofuels may be worse for the climate than gasoline

The green biofuels of the future might not be so green after all.

Cellulosic ethanol made from the leaves and stalks of corn plants might end up being worse for global warming than plain old gasoline — at least in the first five years. That's the upshot of a new study in Nature Climate Change, which found that removing all those corn leftovers from fields could actually hurt the ability of soil to absorb carbon dioxide.

If these findings hold up, it could be a big deal. The US government is pushing to ramp up the use of cellulosic ethanol in the decades ahead — on the grounds that it will help tackle global warming. This study suggests that might be a bad idea. At the same time, the biofuels industry is pushing back hard, arguing that this new study is contradicted by other well-regarded research in the area. Here's a rundown:

Cellulosic ethanol was supposed to be the fuel of the future 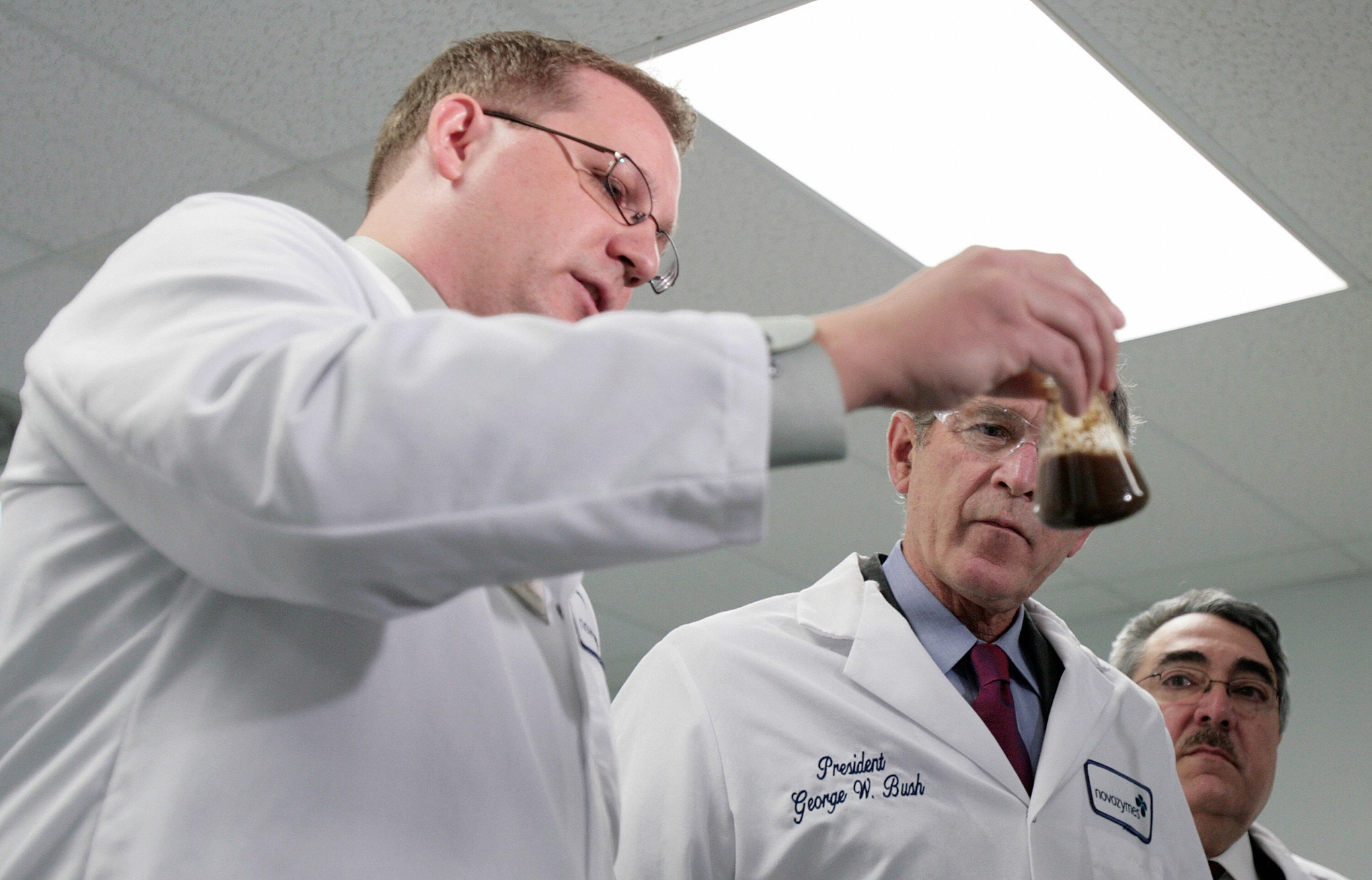 Once upon a time, policymakers thought ethanol made from corn could be a decent replacement for gasoline made from oil. But using corn to fill up our tanks has come under heavy criticism: 40 percent of US corn now goes toward ethanol, putting a strain on the global food supply.

The next generation of advanced "cellulosic" biofuels were supposed to solve this problem. Instead of using the corn itself, why not use the leftover cobs, leaves, and stalks to make fuel? This cellulosic ethanol could provide the best of both worlds — a green fuel for our cars that doesn't impact the food supply.

The US government has put a high priority on cellulosic ethanol. The Department of Energy has spent $385 million to fund six cellulosic ethanol plants. And Congress has required refineries to buy and blend 16 billion gallons of the stuff into the nation's gasoline supply by 2022.

But the dream of cellulosic ethanol is running into obstacles. First, companies companies have struggled to produce the fuel at a low cost. Second, cellulosic ethanol might not as green as we thought. The Nature Climate Change study finds that biofuels made from corn stalks and leaves can produce 7 percent more carbon dioxide emissions in the first five years than gasoline does.

Why cellulosic ethanol may not be so green 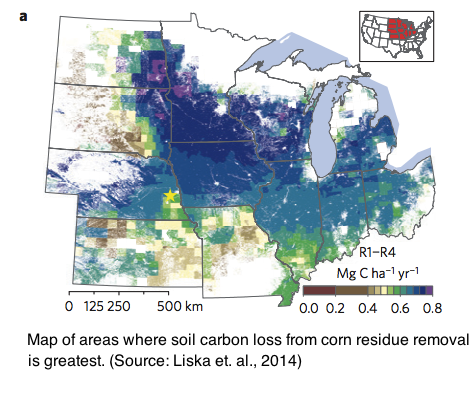 The reality, however, may be more complicated. Right now, farmers tend to leave corn residue — the inedible stalks and the leaves — in the fields after harvest. That reduces soil erosion and preserves the ability of soil to draw carbon dioxide out of the atmosphere. If the corn residue is taken away and used for fuel instead, the soil could suffer.

The Nature Climate Change study, led by a team from the University of Nebraska-Lincoln, used computer simulations to estimate that this soil effect could be quite large. An additional 50 to 70 kilograms of carbon dioxide was added to the atmosphere for every megajoule of energy produced by the biofuels. (This relationship held no matter how much residue was taken from the field.)

All in all, this meant that during the first five years of production, ethanol from corn residue produced 7 percent more carbon dioxide emissions than regular gasoline did. Over the long run, cellulosic ethanol does have a climate advantage. But US law requires greenhouse-gas emissions from cellulosic ethanol to be 60 percent lower than gasoline. This study casts doubt on whether that's possible.

But don't count cellulosic ethanol out yet...

For one, it's entirely possible that this study's conclusions are wrong. Previous research from Argonne National Laboratory, for instance, found that removing corn residue had relatively little effect on the amount of carbon held in the soil. No doubt research in this area will continue.

There are other techniques that could help replenish soil carbon

And even if this latest study turns out to be correct, that doesn't mean cellulosic ethanol is totally doomed. The authors point out that there are other techniques that can help replenish soil carbon — such as planting cover crops or no-till farming. They'd just actually need to get done for cellulosic ethanol to be a useful tool for tackling climate change.

Alternatively, biofuels producers could turn to other materials besides corn — such as perennial grasses or wood residue — to make cellulosic ethanol. (Right now, corn residue is the preferred material of choice, but there's ongoing research into other types of ethanol.)

Even so, the biofuels industry was quick to criticize this latest study — noting that it contradicted past research on cellulosic ethanol and soil carbon. "The authors offer no robust explanation for why their findings contradict other recent, highly regarded research," argued Bob Dineen, the CEO of the Renewable Fuels Association.

The biofuels industry has reason to worry. Right now the oil industry is lobbying the Environmental Protection Agency to relax requirements for refineries to blend cellulosic ethanol, claiming that the fuel is being produced in much smaller quantities than Congress originally envisioned. The biofuels industry, for its part, argues that production is only just getting started. So there's a fair bit at stake in this fight.