Unmarried moms are rarer in America than France, Sweden, New Zealand, the UK, or the Netherlands

Share All sharing options for: Unmarried moms are rarer in America than France, Sweden, New Zealand, the UK, or the Netherlands

Discussions of family structure and single-parent households in the United States are rarely put into international context. But the new report from Child Trends helpfully offers data on many countries. Compared to other western countries, we look about average: 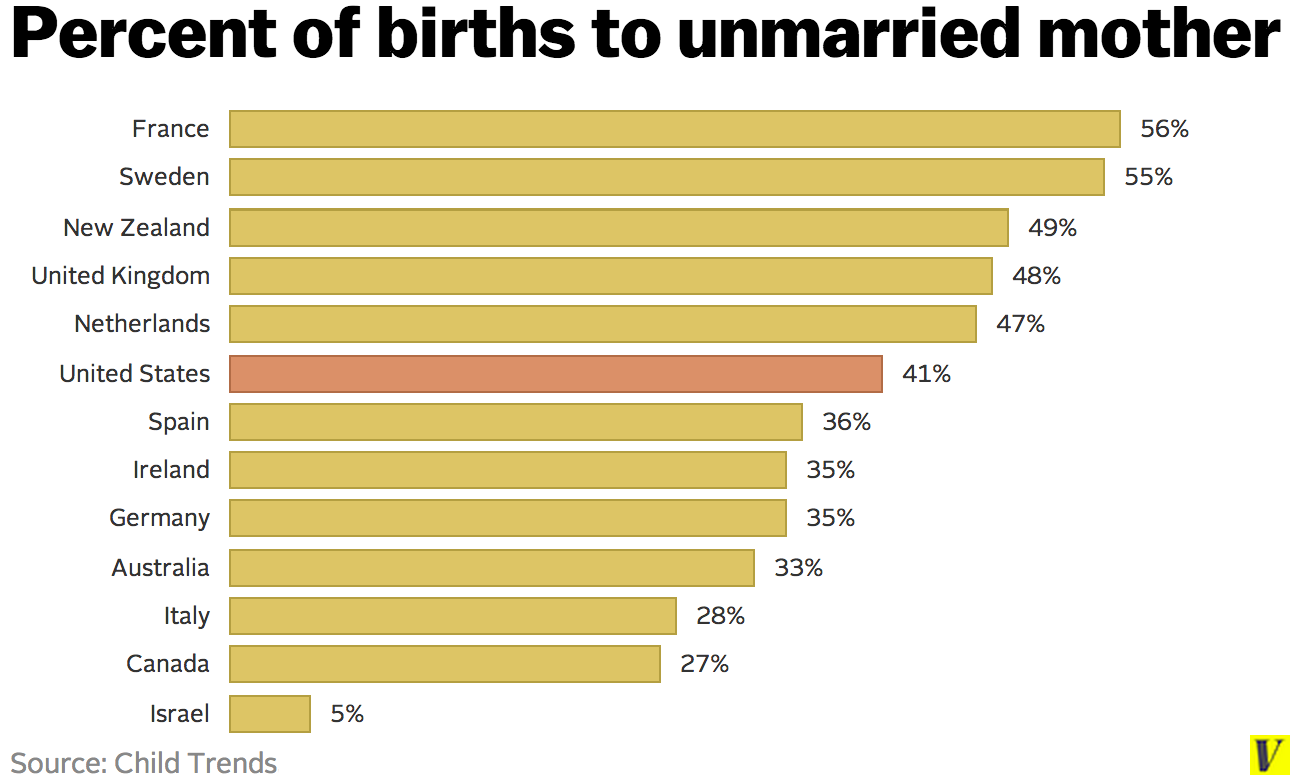 The rise of parenting outside of marriage* has been a huge deal for the United States, but we are hardly the world leaders. You have to look to France to really see a country that's pushing the boundaries of post-marriage family formation.

* Updated April 21: Several instances of the term "single" have been removed from this post to clarify that many children, especially in northern Europe, are raised in the context of stable non-marital relationships rather than in "single-parent households" as the term is normally understood.