Happy Easter — eggs are way cheaper than they used to be

Share All sharing options for: Happy Easter — eggs are way cheaper than they used to be

Decorating Easter eggs is a beloved American tradition. And it's cheap, too. Eggs are one of the best bargains available in the grocery store. What's more, as this chart based on Bureau of Labor Statistics data shows, eggs have actually gotten more affordable in recent years: 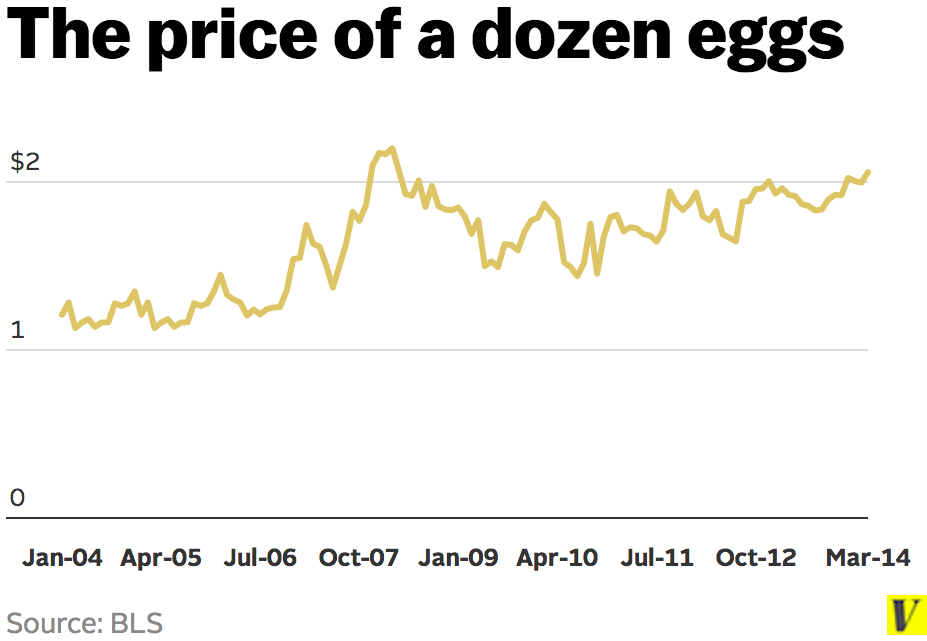 Egg prices have risen over the past few years from a low point they reached during the depths of the Great Recession. But they're still cheaper than they were back in the Spring of 2008, a period when food prices were soaring around the world.

Researchers still disagree as to exactly why food was so expensive six years ago. Factors blamed range from weather to soaring Chinese demand to biofuels to the malign influence of speculators. But if you're decorating eggs this weekend, just know that even as there's been some overall inflation over the past six years egg prices have fallen.

Republicans are eyeing a nationwide abortion ban. Can they pull it off?