"You're Shakespeare, but you're playing Hamlet as well": Gregory Rabassa on translation

Share All sharing options for: "You're Shakespeare, but you're playing Hamlet as well": Gregory Rabassa on translation

Gregory Rabassa, who died Tuesday, was a literary translator, specializing in English translations of Spanish and Portuguese original works. He is perhaps best known for his work with Gabriel Garcia Marquez, who called Rabassa's translation of One Hundred Years of Solitude better than the Spanish original.

We spoke to him on the phone in 2014, after Marquez' death. The then 92-year-old Rabassa was still sharp, but his wife asked us to print out the interview and send it to him — he didn't use the internet.

A lightly edited transcript, interspersed with excerpts from Rabassa's memoir If This Be Treason, follows.

Dara Lind: When did you first meet Garcia Marquez?

Gregory Rabassa: I haven't had much physical contact with him, because he's living in Mexico and he travels a lot, but I saw him in New York when he was up here. It was very brief. But I had a correspondence with him, mainly to do the translation. And I'd get news back and forth from Julio Cortazar, who I knew quite well. But I didn't have much personal contact with Gabo.

DL: When you did meet him in person, did it confirm your impression from his writing?

GR: I knew he was an affable person, which he was. And warm-hearted.

That was the last time he was able to come to the States, I think, because of his Cuban position. The State Department was down on him because of his friendship with Fidel (Castro).

DL: In your correspondence, what language did you use?

GR: I wrote Spanish. Because I wasn't sure of his English. But I think his English was better than he made it out to be. 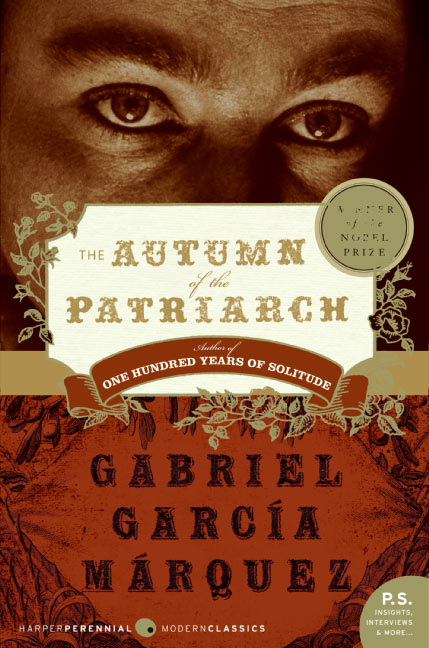 A word that Gabo enjoys throwing about in a lot of his writing as an expletive but more often than not as a descriptive term is mierda, excrement. [.…] It was a favorite word of the novel’s unnamed patriarch and as such it was absolutely essential that it appear in English in its correct earthy and expressive translation. This is how I did it, causing great distress at The New Yorker. I was given to understand that any number of high-level editorial meetings were held to decide what to do about the word, which had never appeared in the magazine before. [...] Since then I have liked to trumpet the news that in a triumph even greater than his winning the Nobel Prize, García Márquez broke the shit barrier at The New Yorker.

DL: Have you traveled to Colombia?

GR: I didn't get to his birthplace, but I did go to Cartagena, which he knew very well, and to Bogota. I met some friends of his there — we had a lot of friends in common. It was a long time ago, it must have been twenty years ago.

DL: So, after you had translated his works.

DL: Did you see anything that you recognized from what you'd translated, or that shed a new light on his work?

GR: I didn't find Colombia that different from other Latin American countries which I knew. If you're familiar with the Hispanic culture, you'll find it in most of the countries. Here and there, the geography is different. But that's regional. There wasn't anything peculiar, shall we say, in Colombia. The stories could take place in Venezuela or Mexico itself.

DL: So you'd disagree with those who say that Garcia Marquez is an ineffably Colombian writer.

GR: Oh, yes. He's universal. He reminds me very much of Cervantes. The Quijote is very Spanish — but it's universal.

"THAT IS A TERRIBLE DRAWBACK FOR A TRANSLATOR WHO WANTS TO SIT DOWN AND HAVE A GOOD READ. ALL OF A SUDDEN YOU START TRANSLATING"

DL: Did Gabo ever write you with complaints, or corrections?

GR: No. In fact, he said that (One Hundred Years of Solitude) was better in English. I took that to be a compliment to the English language. He should have written the book in English.

DL: When you read his later works, do you read the English translation or the Spanish?

GR: I read the Spanish. I look at the English version. Edie Grossman (Garcia Marquez' later translator) does a good job.

DL: Any differences between her style and yours?

GR: Maybe tone — I think I tended to be a little more lyrical, perhaps a little more adventurous. Other than that, I always let the text lead me, so it's hard to say. I didn't do a page-by-page comparison, with the Spanish in front of me. I didn't think that was proper. I'll leave that to Professor Horrendo (Rabassa's name for the pedants who nitpick his translations). 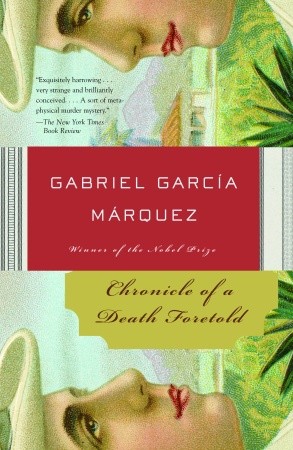 In Spanish it had been Cronica de una muerte anunciada and my title immediately fell prey to the pedantic pecking of cocksure commentators. It was pointed out that it should have been "Chronicle of an Announced Death." I hadn't heard a clinker like that in a long time. I could only think of the late Penn Station and a booming voice announcing the departure of some poor soul to the nether world. [...] Quite often I come across the cutesy phrase "chronicle of a ____ foretold" used in some way or another. I can't see how "announced" could possibly have ever caught on like that.

DL: Were there any of his works that you wished you had been the translator for, or that you caught yourself translating as you read?

GR: I'm essentially lazy, and I'm glad someone else did them. But that is a terrible drawback for a translator who wants to sit down and have a good read. All of a sudden you start translating a phrase here, a phrase there. It slows you down. You have to separate the language. If I'm reading French, I want to read French, and not an English translation, as I go along. And if I'm reading an English translation, I'd rather just read the translation. (Translating while reading) is just too damn pedantic.

DL: But you've said that you can see the original language '"lurking behind" a translation.

GR: I can feel it sometimes. I can't put my finger on it, but I feel that if you translate a phrase into English from Spanish, it's different from what the phrase would be in Spanish. Grammar may be an influence, part of this. Spanish grammar, in English, it might sound a little archaic.

That's actually my mythical project that I want to do, is translate One Hundred Years into Virgilian pentameter and make it a Latin epic. That's what Borges would like. 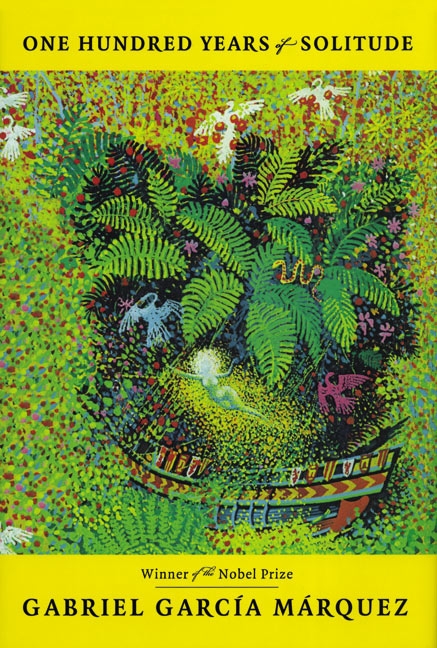 I knew I had something good before me. People who had read the novel in Spanish were talking about it intelligently, sometimes not so intelligently, but always with a kind of awe. I suppose that this should have scared me off, but in matters of translation and a few other things I don't frighten easily.

DL: You've compared translation to music at times, to acting at other times. What's the best metaphor for what translating Gabo was like?

It's most like acting in mood, and word choice. And sometimes you have to ad lib. There are some things you can't do directly — if you get the proper translation, and it just doesn't seem right, you have to add your own words.

"i took that to be a compliment to the english language. he should have written the book in english."

GR: I only wish that I had known him better personally. I sort of miss that contact. I didn't have that much. The occasional letter. Some of my authors I got to know, like Julio Cortazar. Gabo seems like a good person to know.

Next Up In Conversations